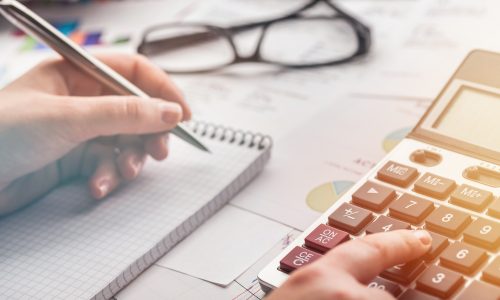 When the data for the monthly non-farm payroll report from the United States Department of Labor are issued on the first Friday morning of each new month, it is possible for the numbers to have a significant impact on the currency markets.

This is due to the fact that traders are constantly monitoring indicators in order to identify trends in economic growth.

Some of the economic indicators that are watched the most closely include inflation, housing starts, gross domestic product, and the monthly payroll report, which contains a variety of data and statistics regarding the employment situation in the United States of America.

In this article, we take a closer look at how the non-farm payroll affects Forex trading, and how to trade the NFP effectively using regulated forex brokers in South Africa like Khwezi Trade.

The effect of the non-farm payroll

The pertinent employment statistics from the previous month are included in the monthly jobs report that is published by the Bureau of Labor Statistics of the United States Department of Labor on the first Friday of each new month (with some exceptions due to holidays).

The data on non-farm payrolls is given careful consideration because of the relevance it plays in determining patterns that are associated with the pace of economic growth and inflation.

If payrolls at non-farm establishments are growing, this is a sign that the economy is expanding and growing at a healthy rate.

On the other hand, if rises in non-farm payroll occur at a rapid rate, this may lead to an increase in inflation, and this may be considered as a negative for the economy.

The monthly jobs report also includes information such as the rate of unemployment and the rate of wage growth, all of which contribute to the formation of expectations regarding future economic growth as well as inflationary pressures.

The gap between the actual figures for non-farm statistics and the figures that economists expect to see will frequently decide the overall impact on the market. This is true for a wide variety of other economic indicators as well.

The foreign exchange market is highly likely to react to the new reality by modifying prices and exchange rates. This will occur in the event that there are any substantial shocks or disappointments that depart from expectations.

How to trade the NFP Report effectively

In general, the NFP report will have an effect on all of the major currency pairs; nevertheless, one of the most popular currency pairs among traders is the GBP/USD (which stands for British pound to US dollar). As a result of the foreign exchange market being open around the clock, all traders are able to participate in trading based on news events the result from the report.

The reasoning behind this technique is to wait until the market has had an opportunity to process the relevance of the information.

After the initial swings have taken place and after market participants have had some time to consider what the number indicates, they will enter a trade in the direction of the momentum that is predominating.

They wait for a signal that the market may have decided on a path rates should go in order to make their moves. This prevents entering the market too early and reduces the risk of being thrown out of it before it has established a clear trend, both of which are undesirable outcomes.

Interesting Related Article: “How to Become a Forex Broker in 2022?“