How To Choose A Good Gaming Monitor? 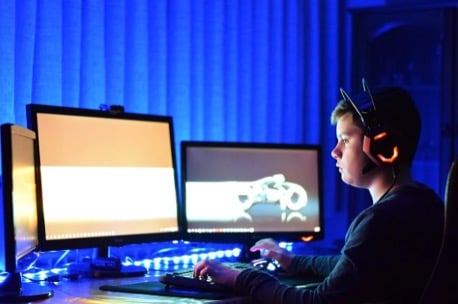 If you’re a gamer and spend hours in front of your PC, you definitely need a specific gaming monitor. The monitor’s specs greatly modify the gaming experience and make a difference for both those who play for fun and those who play professionally. The professional gamers use high end gaming monitors with 240hz refresh rates for competitive gaming. If you want to experience pro level gaming at home, you better look at this list of best 240hz gaming monitors https://x2.games/best-240hz-gaming-monitors/ using which you can enjoy the gameplay at 240FPS.

To provide you with more resources on gaming monitors, we’ve brought you tips for choosing a good gamer monitor to enjoy the best of your game. Check out!

LED or LCD? What is the best?

Sure, you’ve heard of LED and LCD monitors, but do you really know the differences between them? Let’s understand better:

It has a backlight that works steadily. This means that the light capable of generating the image on the monitor is stronger and does not oscillate .

This technology works through small primary color LEDs, which make the image quality better, that is, it results in a purer and sharper image – with better contrast and brightness, even if the environment is not illuminated.

The downside to LCDs is that they cost a little more.

On the other hand, LCD monitors are formed by a liquid crystal and are illuminated by a CCFL (fluorescent) lamp, which emits white light. This technology emits a translucent image and is divided into cell models that correspond to green, blue and red colors.

The main advantages of the LCD monitor:

It’s best for games with simpler, static graphics or for retro games that emulate the classics.

As a main disadvantage, although it still offers a great image, it doesn’t reach the brightness and contrast of colors of the LED. They are usually thicker because they have CCFL lamps , which are larger than LED lamps.

So, ideally, you should be able to choose a monitor that is ideal for your needs . For those who like to enjoy the best of their games, investing in a higher quality monitor can be an option that will bring you a much more satisfying feeling when you’re playing. In other words, spending a little more on a good monitor can pay off a lot later.

Resolution: Which is the most suitable?

The important thing is to understand that the higher the resolutions, the more the items will be presented in greater definition and will be smaller, to make more space for other items. At lower resolutions, items tend to get bigger, but fit less on the screen.

LCD monitors generally support higher resolutions better. But, this also varies depending on the size and capacity of the monitor, as well as the type of video card on your computer.

But after all, what does Full HD mean?

It is the acronym for Full High Definition , which means Maximum High Definition . It is a characteristic of monitors that support 1920 pixels horizontally by 1080 lines of vertical resolution, i.e. 1920 x 1080 resolution setting. This setting brings us the best image definition with more sharpness and clarity. In this sense, for sure, the resolution in full HD also influences a lot when playing your games, as it brings the best image for you to enjoy a wealth of details that are not perceived by other resolutions.

Another factor that can also greatly influence your gaming performance is the monitor’s response time .

The response time of a monitor translates to the time it takes for an active pixel to go inactive and come back on again. To put it better, this term refers to the speed at which light passes through the monitor.

This speed is measured in milliseconds, and even though it may seem like it doesn’t, it still influences when you’re watching a video or playing games on your PC.

Nowadays, monitor manufacturers are already very advanced and this response time is getting faster . So if you’re using a really old monitor, maybe it’s time to change it for a newer and bigger one. Of course, the response time influences a lot while you are playing, as the commands should immediately reflect in the game. It’s really bad when we’re playing and the monitor doesn’t follow your commands, so thinking about this question is also very valid.

So, are you in need of a better monitor with the proper resolution for you to play today’s best games?