How to factory reset with an ayahuasca retreat 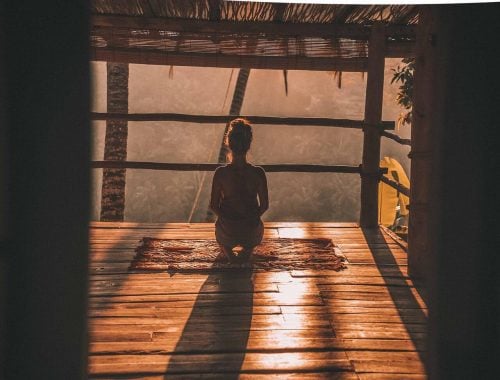 One of the very few rituals and practices that the west is adapting from indigenous Amazon culture is the benefits of herbal medicine. Beyond just the scientific effects from a certain compound substance, ayahuasca is gaining in popularity because it incorporates such medicinal effects with a social, ceremonial ritual that helps people connect.

Not everybody can get to a Peruvian rainforest and join in, which is why the ayahuasca retreat in Europe with Avalon is the place of choice for Europeans, with the retreat being held in Barcelona.

What does ayahuasca mean?

Deriving from the Quechuaran terms aya (meaning corpse) and waskha (meaning rope or twisted wire), the word ayahuasca is translated as “the vine of the dead”. This doesn’t sound very healing on the face of it, but it’s worth reading into why it can be. Plus, it’s also called “the mother” for its healing attributes.

As American entrepreneur Gerard Armond Powell put it, “I was afraid that after drinking Ayahuasca and experiencing death that I would get reckless and careless, but the exact opposite happens – it appears that death is what gives life its meaning.” This death is an abstract concept – some may associate it with being the death of one’s ego, accepting themselves, or tackling their demons head-on.

Is ayahuasca a drink? Is it dangerous?

Ayahuasca is a drink, though an ayahuasca retreat is more than just having a beverage of course. The drink itself is what induces a psychedelic state of sorts by combining natural herbs and plants to form the compound dimethyltryptamine (DMT).

Of course, there are benefits and risks associated with having such a compound. Those who drink it experience strong visions and hallucinations – but this is only a small part of the experience. Each person’s experience is different, but it’s common when giving feedback that they had similar meetings or confrontations with certain imagery.

How can ayahuasca help me reset?

Although each person’s experience differs, it’s gaining popularity in the west for its proven healing effects. Whilst the compound is proven to help restore neural connections and other psychological benefits, this goes way beyond being a nootropic. Ayahuasca can provoke people into serious introspection, shining a light on the problems in their life that they need to address, but simultaneously encouraging them to love themself and feel connected to those around – including those in the retreat experiencing similar feelings.

It’s possible to have a bad trip, it’s possible to have a good trip – but rarely do you hear that it was a meaningless trip. Whilst one can consume DMT anywhere, indulging in the ritual at a retreat helps them escape from society and the pressures of capitalism among other issues, offering more than just respite but a new perspective when returning home to their life.

It’s not about pure escapism, nor is it about the feelings and experiences when “high”. Some of the most powerful moments are reported to be in the moments following the hallucinations – recollecting and sharing them among the group.  Furthermore, these are lessons that people often take home with them, helping them improve and grow as a person.

Everybody’s experience will differ and it’s not for the faint-hearted – but it’s often those who are willing to open up and challenge their own ego that gets the most out of it.

Interesting Related Article: “What is wellness tourism? Definition and meaning“