How Does Mass Production Work? A Helpful Guide 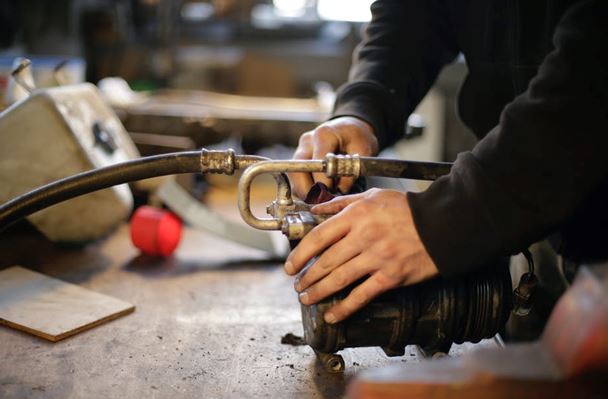 Ever since the Industrial Revolution, mass production has completely changed how the world’s economies operate. Believe it or not, this simple concept is exactly what has brought many a product into your household and many a convenience into your life.

Without mass production, there’s no doubt that many of the things that you take for granted in your life would no longer be accessible to you due to an insanely high cost of manufacture.

In this article, we’ll take a look at how mass manufacture works so that you have a better idea of how it has impacted world economies.

What is Mass Production?

The concept of mass production is fairly self-explanatory: it is the science of producing a particular item on a massive scale. Whether it’s cars, toothbrushes, or rolls of coiled steel, mass production is at the heart of almost every product that you use today.

For instance, kitchen knives that were once produced by a blacksmith (an individual) were now being pumped out by a steel cutting tool. In short, the Industrial Revolution paved the way for world economies to begin using tools to replace human effort. And because a tool can run off electrical power and fuel and doesn’t tire, it can generally produce far more products far more quickly than a human can.

Mass production has come a long way since the 18th century, however. Nowadays, mass production technology is even more heavily reliant on automation. Massive machines process steel at mind-boggling rates, automatically measuring, stamping, and storing new lines of steel faster than you can blink. Huge automated robot arms assemble cars, while human operators simply have to ensure that the controls do not go wrong.

Another significant development in the history of mass produced products was assembly line production. This method of manufacture was first introduced by Henry Ford in the Ford Motor Company.

Previous to assembly line production, each product built in a factory was worked on start to finish by a single individual or group of individuals. Henry Ford came up with the revolutionary concept of staging out the creation process — different individuals or groups became experts on completing one specific task, and worked on only that task for the production of the item.

That allowed each individual or group to get far faster at performing the specific task, which in turn resulted in quicker production times, thus enabling mass manufacture.

Mass Production Paves the Way for the Future

Clearly, mass production is at the core of how economies operate today. As we continue on into the future, expect mass produced products to become even more prevalent in society.

For more business articles, be sure to check out the rest of the articles on the website!

Interesting related article: “What is Manufacturing?“