Overtime and holiday pay should be linked, says UK tribunal

The UK’s Employment Appeal Tribunal ruled in favor of workers regarding the inclusion of overtime in holiday pay, the Unite union announced on Tuesday. The groundbreaking case means workers who did voluntary overtime could be entitled to additional holiday pay.

As things stand in the UK today, employees only get their basic pay when on holiday.

The case was brought by the country’s largest workers’ union against Amec and Hertel.

The 16 workers, a mix of semi-skilled operatives, scaffolders and electricians, had worked on a project at the West Burton power plant site in Nottinghamshire in 2012. They consistently had to work overtime and were paid for travel time.

However, their overtime pay was not included in their holiday pay, resulting in much lower incomes while they were on vacation, Unite informed.

The Employment Appeal Tribunal ruling follows an appeal by Amec and Hertel regarding a previous Employment Tribunal decision in February which favored the workers, as well as a recent decision by the European Court that favored the employers. 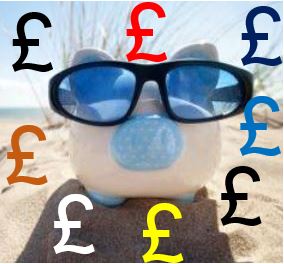 With one-sixth of the UK’s 30.8 million workforce doing overtime, the ruling has implications which could benefit millions of workers and cost employers billions of pounds each year.

“Up until now some workers who are required to do overtime have been penalized for taking the time off they are entitled to. This ruling not only secures justice for our members who were short changed, but means employers have got to get their house in order.”

“Employers will now have to include overtime in calculating holiday pay, and those that don’t should be under no illusion that Unite will fight to ensure that our members receive their full entitlement.”

“Once again Unite legal services is leading the challenge to employers and demonstrating to all workers that to receive justice in the workplace you must be in a trade union. Unite would like to place on record our thanks to Alys Cunningham of Thompsons Solicitors for the advice and representation given to our members in this matter. Thompsons stand shoulder to shoulder with the trade union movement and have once again shown themselves to be experts in their field.”

The specific details of the ruling have not yet been released. Of particular interest to both workers and employers will be whether the claims can be backdated and how far back.

Amec and Herter may appeal. If they do, a final decision could be several years away.