Pension reforms have progressed well, says the OECD (Organization for Economic Co-operation and Development), but challenges still remain regarding inequality in old age.

When workers retire, we call their retirement income their pension.

A new OECD report – Pensions at a Glance 20131 – explains that recent reforms have helped limit the increase in future costs resulting from longer life expectancies in all member countries and aging populations. 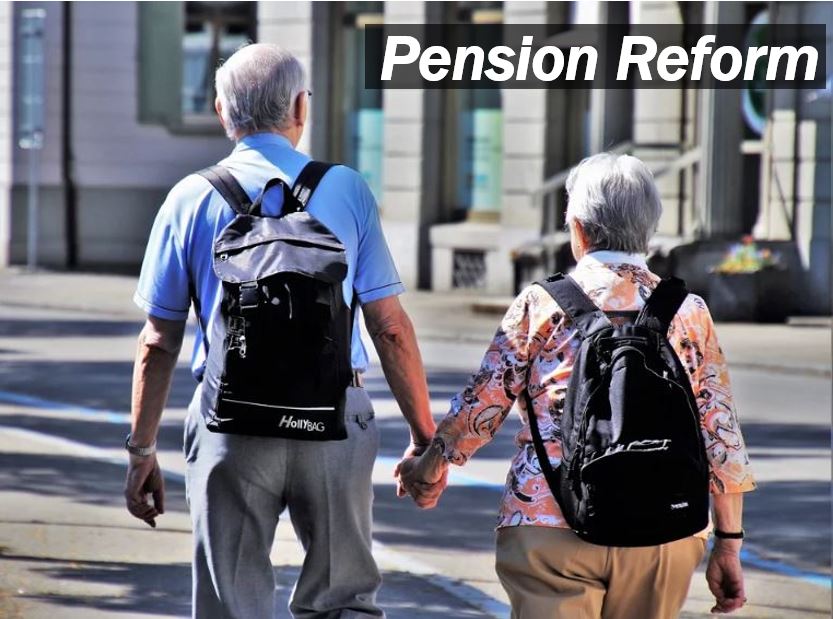 More needs to be done

The authors say more needs to be done by governments to get their populations to work until they are older and save more for retirement so that living standards during old-age are adequate.

The report adds “Policy action is also needed to avoid rises in inequality among retirees and pensioner poverty.”

By 2050, most OECD members will have a retirement age for both sexes of 67 years or more, according to the report, i.e. an increase of 4.5 years for women and 3.5 years for men compared to current retirement ages.

Pension reforms mean current workers will get less when they retire

The majority of workers entering the labor market today will receive lower pensions when they retire compared to previous generations, as a result of recent pension reforms. This means they will need to save more now.

Working until an older age will make up for some of these reductions, but overall there will be a smaller payout for each year of contribution than retired people get today.

“Raising retirement ages and promoting private pensions are all steps in the right direction but alone they are insufficient. Governments need to consider the long-term impact on social cohesion, inequality and poverty. Ensuring everyone has a decent standard of living after a life of work should be at the heart of policies.”

Most OECD members have protected low earners, who will receive approximately 70% of their earnings for a full career in retirement.

However, as a result of recent pension reforms, middle earners will only receive about 54% of their last salary when they retire. Unless they save, they may be facing a serious decline in their living standards.

Those on higher incomes will only receive 48% of their earnings. According to the OECD, as higher earners tend to have greater personal savings and investments, they are less vulnerable.

The authors of the report wrote “Keeping down the costs of running personal and occupational pension schemes is critical. Governments need to urgently address this as part of their efforts to promote private pension systems.”

Among OECD nations, pensioner poverty declined from 15.1% in 2007 to 12.8% in 2010. Pensioner poverty fell in 20 countries, increasing only in Poland, Germany, Turkey and Canada. In fact, poverty among children (13.4%) and young people (13.8%) is higher than in the elderly population today.

However, the authors write that old-age poverty is probably higher than official figures show. Many pensioners in need of last-resort benefits to top up their incomes do not claim them, either because they are unaware they exist, or due to stigma. Cuts in healthcare and some other public services affect pensioners more than the rest of the population.

Approximately 77% of OECD member nations’ over-55s own their homes, compared to 60% for people aged up to 45. In continental Europe (does not include the UK) about 1 in every 5 elderly homeowners has not finished paying off his or her mortgage.

Retiree wealth is unequally distributed, both between and within countries, which exacerbates the disparities in the distribution of retirement income, the authors explain.

A wide gender gap still remains, with women aged 65+ being particularly affected because they tend to have longer lifespans, smaller pensions, and run a greater risk of poverty when they need long-term care.

“So while housing and financial wealth supplement public pension benefits, they cannot be expected to replace a proper pension income.”

On September 30th September, 2013, Market Business News reported that over 90% of future retirees in the USA are not contributing enough to retirement plans.