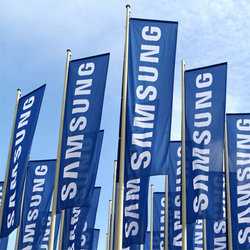 Korean electronics giant Samsung expects Q1 2019 profit to drop by as much as 60%.

The company expects operating profit of between 6.1 to 6.2 trillion Korean won (around US$5.45 billion), which would represent a 60% drop and the biggest decline since the third quarter of 2014.

Samsung’s expectations for Q1 2019 revenue and profit is well below what the market had expected and is set to be the company’s weakest quarterly profit since late 2016.

The company warned investors in March that its first quarter results would be weaker than expected due to seasonal weakness in demand for memory chips – Samsung’s main profit-making business.

Sanjeev Rana, senior analyst at brokerage firm CLSA, told CNBC in an interview that the company’s earnings could continue to decline.

“I think this earnings decline will continue for the time being, especially on the memory side,” he said.

Rana added that the selling price for some memory chips could drop by as much as a fifth in the next quarter. “We expect 2Q (second quarter) to be the profit trough for memory earnings for companies like Samsung and (SK) Hynix,” he said.

Samsung previously said that its display division has been affected by a sharper than expected drop in LCD panel prices because of Chinese competitors boosting their supply.

Shinyoung Securities analyst Lee Won-sik was quoted by Asia Times as saying: “Samsung Electronics’ performance is expected to recover later this year as seasonal demand for IT products increase.”