There is a major demographic shift happening right now. Their whole lives, the Boomer generation has caused massive shifts to the economy, and now they’re changing retirement. Since 2011, the generation born between 1946 and 1964 has been reaching retirement, and there is now an unprecedented number of seniors in North America. 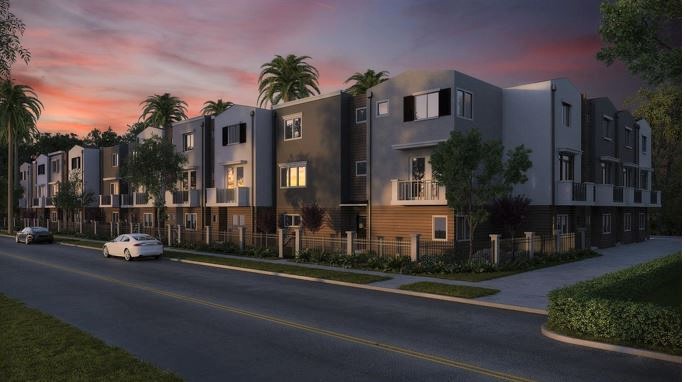 Seniors today are wealthier and can expect greater longevity than previous generations. As they age, Boomers are causing new growth in sectors like healthcare, eldercare, retirement living, and senior housing.

One of the biggest shakeups looks poised to happen is the increase in senior housing and living communities as millions of older Boomers begin to downsize and seek eldercare options.

Senior Housing by the Numbers

The housing market has been defined by Boomers for decades, and now that they’re heading into their retirement years, you can expect the biggest changes to happen in senior housing. There are currently 74 million seniors in the U.S. and a further 9.6 million in Canada.

As the demographic passes through the typical “retirement age” of 65, one in five people in North America (and much of the world) will be over 65 by 2030. Roughly a third of them are considering moving into retirement living options at some point in their lives. That’s roughly 28 million new people across North American who plan on downsizing in favor of some form of retirement living.

Boomers also hold the majority of household wealth in the United States, and they spend $548.1 billion annually.

The movement of wealth and spending into industries that cater to older adults is massive, but that doesn’t mean the industry can rest on its laurels and expect a major uptick in business without adapting to changing tastes. Boomers want to do senior living differently. Some of the top trends that will change senior housing include active living, a move into more urban spaces, and an emphasis on fun.

Boomers are by and large delaying the move into senior living communities. They’re healthier, living longer, and value their independence. Those retirement communities that offer rich, active living and catering to different lifestyles are those that are going to thrive as they compete for younger seniors.

Cities aren’t just for kids anymore. In the past few decades, there’s been a big move into city cores as people from all walks of life choose denser living. Among them are seniors, and many have the money to afford higher real estate costs that come with desirable urban centers, as well as smaller towns with good communities and dense, walkable Main Streets.

The move to cities also means that many retirement living communities, which could once mostly be found in suburban areas, will have to adjust to a smaller footprint. Many are turning to parking garages over parking lots, and more are paying attention to transit when finding locations.

What Boomer seniors are really looking for in a community is fun. They want access to the activities they enjoy and communities that excite them. It’s one of the chief topics program directors should be thinking about.

The senior housing industry is in for big changes and big opportunities as the senior demographic rapidly expands.