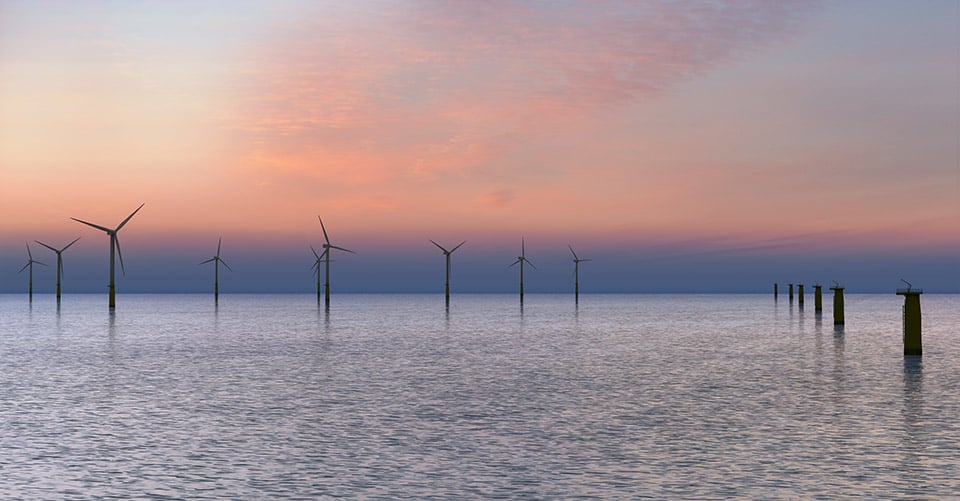 Siemens Gamesa and Aalborg University have partnered up to work on a project focused on making offshore wind power a more affordable energy source.

The i4Offshore research and development project, which has received a grant from the EU of nearly 20 million euros, is one of the largest offshore wind energy R&D projects ever. It will demonstrate the break-down of cost-barriers of large-scale offshore developments.

One of the biggest problems with offshore wind energy is the cost as it is still much more expensive to construct turbines in the ocean than on land.

The ultimate goal of the project is to cut the Levelised Cost of Energy (LCoE) from offshore wind. LCoE is a measure of the cost of power – it’s calculated by dividing lifetime costs by energy production.

An offshore system solution will be installed and operated as a full size demonstrator during the project. The system will feature a next-generation Siemens Gamesa direct wind turbine, a hybrid-material gravity jacket foundation optimized for low cost manufacturing, and a low-cost array cable-in-pipe solution.

“Our constant focus on innovation – along with strong partners, customers, and support such as from the EU – enables us to push the industry forward, delivering a lower Levelized Cost of Energy (LCoE) and higher annual energy production. The R&D work we’ll do during this project has clear goals of benefitting our customers, ratepayers, and society-at-large.”

Lars Bo Ibsen, Professor at Aalborg University, said: “One of the challenges of offshore wind energy is that the high cost of building offshore wind turbines has necessitated various governmental subsidies to improve the business case.

“While all forms of industrial power generation receive governmental support, whether from renewable, fossil or other sources, our project aims at making offshore wind energy even more cost-effective without external financial support.”

Wind turbines work by capturing the kinetic energy of the wind and converting it into electricity. The turbines begin generating electricity when wind speeds reach six to nine miles per hour. As wind speed increases so does electricity production.

Offshore wind power forecast to grow in the ocean economy

The Organisation for Economic Co-operation and Development (OECD) made a forecast in 2016 that offshore wind power will account for 8% of ocean economy by 2030, with the industry predicated to employ 435,000 people – adding $230 billion of value.

MBN Video Dictionary produced this video which explains what wind energy is.