Solar power has been an increasingly popular renewable energy source nowadays, many people opt on installing their own solar panels as the solar power collected from the panels can be used for many different applications. This article explains the top 5 uses of solar power that you can consider if you are looking to lead a more sustainable life. 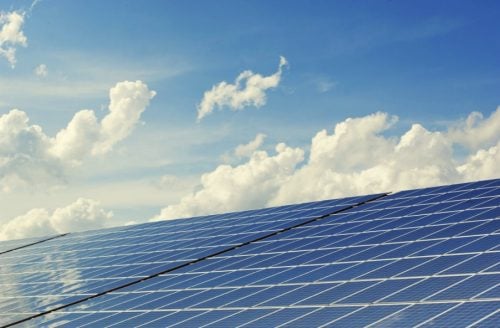 This is one of the solar energy applications that gained popularity in recently. Solar electricity is becoming more affordable as solar panel costs fall and more people become aware of the financial and environmental benefits of solar energy. According to the U.S. Energy Information Administration, solar electricity is expanding rapidly (nearly doubling over a three-year period and up +40 percent vs 2016), although accounting for a very small percentage of electricity generated in the United States (1.9 percent in 2017).

Typically, distributed solar PV systems are put on the rooftops of residences or businesses. These solar power systems generate electricity to offset the property owner’s consumption and send any excess production back to the grid.

A solar battery can be connected to your solar power system to allow you to use solar after the sun goes down, charge your vehicle using a solar EV charging station overnight, or offer backup power in an emergency. Some households may want to go fully off the grid by installing a solar power and battery system or a solar power and generator system.

Solar PV may be installed atop a neighboring structure, such as a barn, or mounted to the ground, and then connected to the meter via underground wiring in some circumstances.

Utility-scale solar PV farms that can generate enough electricity to power large cities are another application for solar energy. Concentrated solar power is an even more efficient solar technique (CSP). A CSP solar farm employs mirrors to reflect and focus the sun’s light towards a tower or other receiver, generating heat that can be used to operate a turbine, which in turn generates electricity. Because thermal energy may be stored before being used to power a generator, it is a more versatile source of energy than solar PV. The 390 megawatts (MW) Ivanpah project in California’s Mojave Desert is the world’s largest CSP solar farm, while an even larger 580 MW CSP facility under development in Morocco may soon take that title.

Solar energy can also be used to heat water. The majority of solar water heating technologies generate hot water that is utilized within the residence. Solar water heaters collect the sun’s heat and transfer it to the water tank via a rooftop cell. According to the US Department of Energy, solar water heaters typically have a five to ten years’ payback period (DOE).

Swimming pool heating is another application of solar energy, particularly in the southern and south-western United States. Water is circulated to a collector and heated by sunlight before being pumped back into the pool. According to the US DOE, “solar pool heating is the most cost-effective application of solar energy in many climates,” with prices ranging between $3,000 and $4,000 and a payback period ranging from 1.5 to 7 years.

Solar space heating systems are commonly used to power radiant floors or to heat a residence in conjunction with a Forced Hot Air (FHA) system. By considering the placement of windows and the materials used in the construction, passive solar home design can help heat homes and businesses in the winter.

Solar ventilation options, such as solar attic fans, can help to cool your home throughout the summer, reducing the load on your HVAC system. If you are unable to install a solar PV system that balances your entire home’s electricity consumption, this may be a viable solution. The Solatube solar attic fan is one creative innovation.

Solar process heat has commercial and industrial applications, such as solar ventilation technology that can preheat a building’s air in cold areas, lowering energy expenses.

Solar lights have grown commonplace, appearing in everything from home landscaping and security lighting to road signs and street lights. These solar lighting systems for your home are inexpensive and widely available in a variety of styles ranging from basic to high-end, from your local hardware store to internet shopping websites such as Amazon.com.

The Solatube skylight, which adds natural light while reducing energy consumption, was featured on Mashable as an innovative use of indoor solar lighting.

Phones and tablets are always with us in this connected world and, let’s face it, are frequently running low on battery. Portable solar PV chargers allow us to keep our personal electronic devices charged while we are on the run. The technology to embed solar cells into our phones already exists, and has been used in watches since the 1970s (see the Citizen Eco-Drive). Researchers in Japan have even created lightweight, water-resistant solar cells that could be sewn into garments to power our devices in the future.