The Business of Movie Props

Movie props provide context to the scene unfolding before the viewer’s eyes and enable your creative vision to come to light. Props are an abbreviation for ‘property’ and refer to the objects the actors portraying a character interact with while filming. 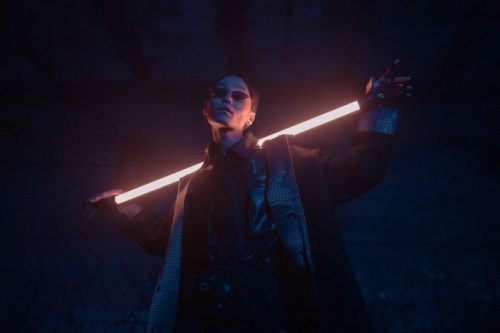 Choosing your movie props with a keen eye helps you build a deeper connection with your audiences. When a prop captivates the viewer and compels them to emote each time it appears on the big screen, it is classified as iconic.

A great prop makes the character believable and encourages the audience to connect with them. Take the kylo ren lightsaber, for instance, whose strange design became an instant hit with Star Wars fans.

Here is how props add immense value to a movie:

The props you choose to associate with your film characters can significantly contribute to your project’s success. Just like introducing the kylo ren lightsaber clearly establishes the identity and purpose of the character portrayed, every prop used must only enhance performances.

Suggested here are prop guidelines to help achieve your larger goal as a creative professional:

A prop must blend in with the scene and storyline rather than stand out for the wrong reasons. When the prop appears out of place, you shatter the illusion of your audience. The only way to keep them engaged is to correctly use props so they almost seem invisible.

Add Meaning to Their Inclusion

Use the prop to create a deeper symbolic meaning which your viewers can relate to seamlessly. Those watching your cinematic production must realize the immense thought behind every scene shot. Developing a more profound equation by correctly timing and using your props helps you wholly win your audience’s attention.

Convincingly Integrate Into the Plot

Props represent characters such that you cannot disassociate one from the other, just like in the case of kylo ren lightsaber. The sparkling crossguard blades’ design allows the character of Kylo Ren to effectively wield his saber to attack. Such props that are an integral part of the movie plot effortlessly integrate into every scene where they are featured.

To put a story in motion, make the prop a reflection of that particular character’s actions, thoughts, or reactions. It is like a storytelling device using which you can reveal shades of a character and, in the process, take the plot ahead.

A relatable prop akin to the lightweight Flamberge LE saber is enough to convey what you want your audience to comprehend. It even elicits the exact emotional reaction you look for from your viewer after they digest the scene as it unfolds.

Identifying props that have iconic potential and utilizing them well elevates your movie to dizzying heights.