The Evolution of Social Media 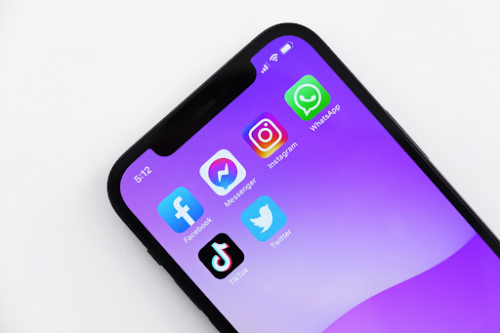 Social media marketing is a challenging and expensive process. You need to know what your audience wants and how to create content that will engage them, but it’s hard to find the time. The content you share on social media is the foundation of your marketing strategy, and if handled poorly, it can completely break your business and dreams of achieving success in life.

What is Social Media, and Why is it Evolving?

Social media is a digital platform that enables people to create, share, and interact with media in real-time. It has evolved into a platform that lets people connect with one another through their social media profiles. That’s why social media platforms always come and go and one of the reasons why vine was shut down.

Social media has evolved over the years and continues to change. This timeline highlights some of the most significant milestones in social media history.

The 1930s-1960s: Television becomes a popular medium with the introduction of broadcasting companies like CBS and NBC.

How Social Media Influences the World’s Culture and Society

Social media has a huge influence on our society. It is no longer just about having a personal profile or sharing pictures with friends and family. Social media has become an integral part of life.

The world’s culture is becoming more and more influenced by social media every day. People are increasingly using social media platforms to share their thoughts, opinions, and feelings with the world – often without thinking about the consequences of what they say or do.

Social Media has also been used to spread hate speech, violence, racism, sexism, etc., which can lead to negative effects on society as a whole.

How Does Social Media Change Our Lives?

Social media is changing our lives in a way that we can’t even imagine. It has changed the way we communicate, how we consume information and how people are able to stay connected with one another. The first thing that comes to mind when you hear about social media is Facebook.

Facebook has been around for more than a decade, and it has had an impact on how people communicate, consume information, and stay connected with one another. Facebook’s growth rate is also impressive – it now has more than 2 billion active monthly users worldwide!

Facebook has been around for more than 10 years, and now it has over 2 billion active monthly users worldwide! It is a social network that connects people with friends, family, and people in their lives. In 2018 Facebook is the most popular social media platform in the world.

What Are the Most Common Trends in Social Media?

Social media has become an essential part of our daily lives. It is not just a place to share photos but also a platform for people to interact with each other and share their thoughts and opinions. In today’s society, it has become important for us to be aware of the trends in social media because it influences our culture. Social media has created a platform for people to express themselves freely without the limitations of time or space.