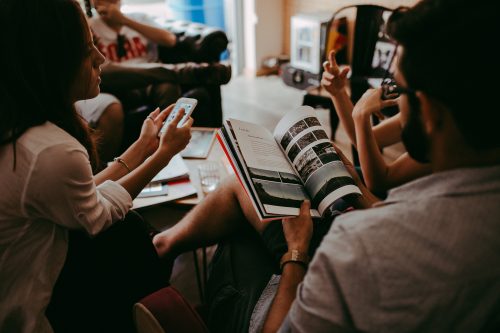 If information is fuel, Global Business Magazines are the internal combustion engines that convert it from a state where on its own it hardly makes any sense to a form that powers everything from industry, economies, financial systems, and to a large extent, even politics and popular culture. Information in the right regime and order is like the locomotive that pulls economies and organizations on designated paths, positive or negative. Mentioned below are six of the world’s most influential and dominating global business magazines that have helped shaped opinions and ideologies over time.

What is arguably one of the most recognized business magazines coming out of the US started life as the Forbes: Devoted to Doers and Doings in 1917 under B.C. Forbes Publishing Company in New Jersey. With 8 editions in a year, it is known to feature original articles in subjects that include finance, industry, investing, and marketing besides these days carrying articles on communications, tech, politics, science and law. As of now it is published under license in 27 countries worldwide besides an exclusive Asian edition. With a motto ‘Change the World’ some of its best-known lists and rankings include Forbes list of The World’s Most Powerful People, the Forbes 400 list of richest Americans, Forbes Global 2000 list of the world’s top corporate bodies, America’s Richest Celebrities and the World’s Billionaires. Despite being a celebrated American publication, in the year 2014 part of its holding went to Integrated Whale Media Investments, a Hong Kong–based investment group.

Next on our list of the world’s top business magazines is Wired (appearing as WIRED), an American monthly which has both in-print and online editions. Owned by Condé Nast, itself a mass media entity owned by Advance Publication, Wired is known for its articles that focus of the effects of technology on politics, economy, and culture. Of fairly recent vintage (it came about in 1993) with country-specific editions including Wired Germany, Wired Italia, Wired UK, and Wired Japan, it is incidentally also related to Reddit, a prestigious international information-related website of immense repute. Among other firsts and attributes, Wired is known to have popularized the ‘long-tail’ style of phrasing that would come to represent the style of Millennials. Its other notable contribution includes popularising the term ‘crowdsourcing’.

Third, on this list is again an American media entity. Inc was founded in 1979 in New York. With 6 annual publications, daily online articles and videos, and today, virtual events, Inc is really known for its annual Inc 500 and Inc 5000 line-ups of the fastest-growing privately held companies in the US. In the four decades of its existence, Inc today has an audience that numbers close to 1.4 million and received over 30 million reviews.

Some of its notables include the October 81 cover story that featured Steve Jobs with the proclamation, “This man has changed business forever.” Among others, Inc. publishes books by business experts meant for entrepreneurs. These days Inc is known for its weekly podcasts, ‘Inc. Uncensored’ that concerns among others start-ups, tech, markets, and industry. With over a hundred podcasts, some of which have won prestigious awards, it is currently a rage in the industry. A much-awarded publication, Inc’s “The Stealthy Sales Kings of Amazon” was adjudged the ‘Best in Business’ by the Society for Advancing Business Writing and Editing.

It’s no coincidence that the 4th entity on our list of the 6 top global business magazines too is from the US. Bloomberg Businessweek earlier the BusinessWeek is an American weekly business magazine with close to 52 editions in a year. Its debut took place in 1929 just weeks before the infamous stock market crash of 1929 which signaled the start of the great depression. In those crucial weeks, the publication provided insightful information and opinions on the happenings in business as also on marketing, unions and labor, finance, management, and Washington Outlook, the last making it one of the first publications to cover national politics that impacted business.

With time, the magazine moved from being a business manager’s resource to be a resource for consumers in general. It caught people’s attention with its annual rankings of business school MBA programs in the US starting from the year 1988.

Having seen its share of ups and downs including a complete change of top management, Bloomberg is today available across the world including an authorized version in Russian, Arabic, Polish and Chinese. It today boasts of an iPad version which alone has a subscriber base of 100000! Among the awards and recognition that the publication has received, the notables include the Adweek recognition in 2011 of its being the top business magazine in the US, a general excellence award for general-interest magazines at the National Magazine Awards in 2012, and the Best in Business award for magazines, general excellence in 2014 by the Society of American Business Editors and Writers.

Harvard Business Review is a very, very well-known, admired, and quoted of Online business magazines that are published once every two months from Harvard University in Brighton, Massachusetts in the US. Its range constitutes one of the most comprehensive such publication that covers entire counties and geographies, industries and their management, business leaders, finance, strategies, and operations. In the past, it has covered articles by the likes of Management Guru and Thinker Dr Peter Drucker, C.K. Prahalad, Vijay Govindarajan and Robert S. Kaplan. No wonder then that just its worldwide English-language circulation tops 250000! And we aren’t even mentioning those in 13 other languages!

HBR started life in 1922 as a business publication for the Harvard Business School that was always beyond an institutional publication and was always intended to be the highest such publication that could be of use to students, business persons and decision-makers alike.  As far back as 1959, HBR’s annual McKinsey Award has been bestowed on the two most significant Harvard Business Review articles published each year that have been adjudged by its panel of independent experts. It has reviewed the likes of General Motors in the past in great detail. As late as 2020, HBR won the Webby Award for the Best Business Blog & Website.

The Economist, a London-based publication is one of the most influential of international weekly newspapers that are printed in magazine format besides being available digitally. Part of the renowned The Economist Group, its articles are predominantly on international business, current affairs, technology, and politics. It has a marked presence in the US, continental Europe, Asia, and the Middle East. The Economist’s 2019 print circulation was over 900000. Combined with the digital format and social media presence, its readership reaches an astounding +35 million most of whom are serious readers including a large number of decision-makers and influential leaders in the corporate and political world.

This is one publication that has focus seriously on originality be it of articles or criticism that get published. The publication in its latest format carries opinion columns, cover stories and reports, tech reviews, reader’s comments, and even critique of arts, books, and political cartoons. As supposedly serious publication as this has a sister magazine, 1843 that focuses exclusively on lifestyle.

The author, Sumita Sarkar, has experience of 21 years in varied fields of the media including national level newspapers, Business Magazines, guest writer for some American newspapers, and a content writer for different domains. She is a double post-graduate in Mass Communication and Journalism and has been a lecturer in well-known colleges. She is at present Editor-in-Chief of Insights Success Media and Technology LLC.

Interesting Related Article: “What is a magazine? Definition and examples“