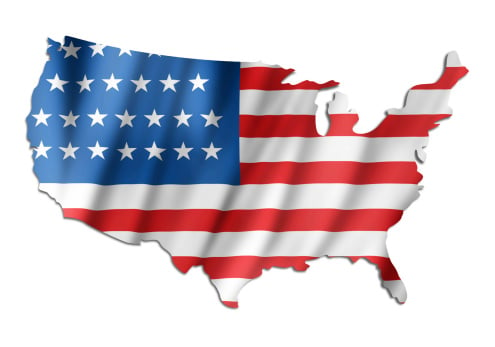 As the globalist dreams fractures under the pressures of war and COVID, competitiveness still remains a relevant barometer. It measures the ability of a country to produce goods which satisfy international markets while maintaining and expanding the real income of its people over the long term.

The United States earned the top spot as recently as 2018 via a vibrant entrepreneurial culture, strong labor market, and financial system. While its recently faded to 10th in the 2022 rankings, the United States nonetheless is in the room when it comes to competitiveness.

How does this competitiveness translate to the ability of equipment manufacturers to provide competitive products? Well, it depends on the products. There are simply some product types where the manual processes required to make the product can simply not be overcome by improved execution. As example, see the chart below. When lots of production labor is required for a low complexity product, it is difficult for the United States to remain competitive.

Equipment manufacturing has faced greater international competition in recent years as improved working conditions, communication, and understanding of the energy industry’s requirements have eroded the United States’ advantages. Nonetheless, if the product has high automation potential or is highly complex, the United States has the ability to remain competitive. Maintaining competitivesness will require the harnessing of artificial intelligence, a focus on innovation, and a robust infrastructure.

Ray Kurzweil makes a convincing case in The Singularity is Near that computer processing power, energy production, and machine interfaces are approaching a place that will radically redefine the human and machine interaction. The human mind is engineered to consider procession as being a linear, rather than exponential event. Running counter to this notion is Moore’s Law. Moore’s Law is the generalization that computing power will continue to double every 18 months and has held true for over 100 years at this point.

Awareness that technology growth is exponential provides a framework for understanding future developments, but harnessing this technology in novel ways will be the key.

For so long, the United States’ ability to provide fertile grounds for new entrepreneurial ventures was unmatched. The gap between the United States and other countries is rapidly closing. According to a recent study, global capital investment grew from $52 billion in 2010 to $171 billion in 2017, an increase of nearly 200%. While United States saw an increase of 60% in venture activity during this same time period, overall venture capital share dropped from 70% to 50%.

This trend speaks to a new reality: the global playing field is being leveled. In the 3rd Wave, Steve Case points out that technologies developed during the so called second wave (app economy and mobility) are now ripe to be applied to litany to real world industries such as manufacturing.

But this won’t be an easy or seamless process. As detailed in as Erik Brynjolfsson and Andrew McAfee’s The Second Machine Age, productivity gains typically lag inventions. A notable example from the book is when American factories first electrified their plants. In a steam engine driven plant, power was transferred by a larger central axis, requiring the cluttering of machines near the main power source. Years later, engineers simply bought the largest electric motors they could find and continuing to clutter machines near the power source. Only after about 30 years did factory layouts finally change to a decentralized power schema. America manufacturing doesn’t have 30 years to figure out how to fully apply the fruits of the second wave. The time is now, and the game will be won by those who can quickly apply second wave technology to the present age.

Developed nations will be unable to match the developing world’s labor costs. It simply impossible nor advisable to pay a laborer in America the same wage as one in the Philippines. Where America can win by deploying exponential technology gains and innovation through a robust infrastructure. Smart energy grids, driverless technology, and high speed internet are examples of infrastructure improvements that will support continued competitiveness.

Modernizing the electric grid is a key element of remaining competitive. America’s grid is currently ranked a D+ by the American Society of Engineers. The grid, much of which was constructed in the 1950s with a 50 year life expectancy operates at full capacity with ever creaking reliability. A complete rework of the grid is expected to cost in the trillions of dollars, but slow and strategic upgrades are necessary to keep power outages from continuing on their upward trend. As publicized by Science Direct, non weather related power outages in United States from 2000 to 2008 averaged 283 hours per year. From 2009 to 2016, that number rose fivefold to 1,735.

Infrastructure improvements extend far beyond the grid. For instance, if America continues to be the torch bearer for driverless trucks, the burdened rate of producing a good in landlocked states and bringing it to port will be drastically reduced.Similiar opportunities exist in wastewater treatment software– as technology allows wastewater to be disposed of more efficiently.

Yet, internet speed provides another point of concern. United States currently ranks 7th amongst countries in download speed and 27th in upload speed, showing there is room for significant improvement in this arena.

Demanding an efficient infrastructure allows for a virtous cycle of increased R&D spending, longer range planning, and process improvements. When coupled with technology developments and innovation, productivity and competitiveness will continue to soar. The future looks bright for United States manufacturing, both now and far into the future.

You may be interested in: Why Presentation Designers Are So Popular