What is cryptocurrency mining and how does it work? 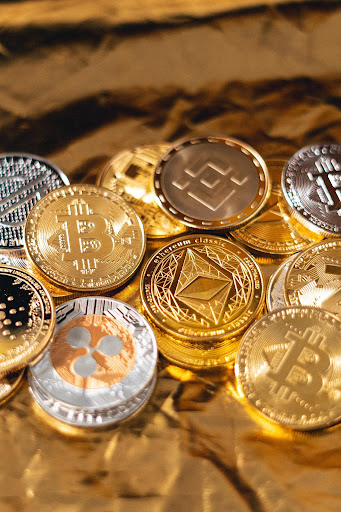 Cryptocurrency mining is the act of supporting and confirming transactions on a network in order to maintain it and validate transactions that are made by users of that network. Right now, there are thousands of different cryptocurrency coins. However, not all are minable, some of them are proof-of-work and others are proof-of-stake.

The most known proof-of-work coin is Bitcoin that has its network up and running since 2010. The second most known is Ethereum that had its first block mined in 2015.

In a proof-of-stake network, users usually buy coins and then lock them for a certain period of time, such as 30 days or more, and earn passive income while they are locked. Once the coins are no longer locked, users no longer earn passive income. One of the most known proof-of-stake coin is ADA, more known as Cardano. Now that we went over the basics of crypto mining, let’s go a bit more into detail about what type of coins we can mine and what type of hardware is needed.

ASIC means application-specific integrated circuit, which means that the hardware was designed to only do one job – to mine that specific algorithm or coin. ASICs are excellent at what they do, as they are designed to only do that one specific job. Nowadays, the Bitcoin network is so big that the only way to mine Bitcoin directly is to use an ASIC. However, this hardware is not easy to obtain for the end-user. They are mostly produced in China and are hard to import into Europe or the US, because of their weight and high cost of the import duties. Let’s go over main pros and cons of this hardware.

The less popular form of mining, in comparison with the previously mentioned, is CPU mining. There are only few coins that can be mined with CPUs and in order to obtain a decent profit, the investment required is much higher. One of the most known CPU minable coin is Monero that has undergone many forks and is currently mined by CPUs. However, it only starts to be profitable when using very costly, high-end hardware.

If you want to start mining crypto, we recommend that you start with GPUs. As mentioned above, it’s the most popular way to mine and at the same time, the most profitable method.

Using a GPU mining system like Simple Mining OS will let you control your farm from any mobile or desktop device from anywhere in the world. The most important advantage of using graphic cards for mining is that the Simple Mining community is full of experienced members, ready to help any new or more experienced user.

You may be interested in: What is Data Mining?