Can you “read” other people? Can you analyze their actions and determine their motives? If not, you need to master profiling. Understanding a person’s behavior, facial expressions, and gestures is a natural science. How important is it to have these skills? Can I learn it?

Law enforcement agencies use profilers to profile criminals, and companies use them to evaluate candidates. We find out how specialists in this field work and whether they can be trusted. Such specialists work even in the customer service of gambling clubs, like Cricket 360 Bet, to detect gambling or betting addicts.

The meaning of profiling

Profiling is the evaluation of a person using psychology to predict his behavior. Today, the procedure is used, for example, in recruitment, in the hiring of employees and in transportation security to identify and inspect suspicious passengers. But the method grew out of criminology, which is still used to create psychological portraits of criminals.

Profiling comes down to stereotyping – an expert, by the supposedly inherent certain types of personality, acts, reactions, and appearance tries to determine the character and predict the behavior of a particular person, even though there are cases where the practice has helped law enforcement agencies. In other areas, the attitude toward it in the expert community is ambiguous.

It is mainly because profiling is only partly based on scientific methods – analysis of investigative practice, forensic and behavioral analysis, and psychological diagnosis. But on the other hand, people from this field often apply pseudoscientific approaches such as lie recognition, human facial expression typing, and cartography.

One of the most popular functions of profiling in business is the ability to determine whether a person is lying or telling the truth. A manager needs to know whether a new employee, for example, will keep trade secrets or easily leak data when a generous customer is found.

Among the outward manifestations of lying, profiling experts say:

Many schools of profiling use the most common system in their typology. This classification has seven types of character – the so-called “radicals,” which prevail in each person more or less. Based on this ratio, it supposedly can predict the behavior of people.

It is the most traditional area of modern profiling. Based on the characteristics of different personality types and criminal case files, profilers can narrow the range of suspects.

However, as research shows, these hypotheses are not very valid. A group of scientists from the University of Liverpool analyzed 100 British rapists. They compared similarities in their actions at crime scenes and socio-demographic characteristics like ethnicity, social status, and past – previous illegal behavior. None of the comparisons found a linear relationship.

Another exciting experiment calls into question the expertise of the profilers themselves. But, again, simple reasoning and common sense are enough to do their job. Having compared the conclusions of professional profilers and ordinary students, the study’s authors concluded that they have about the same accuracy.

Popular culture popularizes profiling, highlighting glaring successful cases, such as the Chikatilo case mentioned. But these are details, and the statistics do not speak in favor of the methodology. For example, of the 192 psychological portraits compiled by the FBI, only 17% helped identify criminals. The UK figures are similar – only 14% of the collected profiles helped catch the perpetrators.

What are the dangers of profiling?

Profiling involves lie detection without using a particular device, a polygraph (lie detector). Instead, it is a machine that reads a person’s emotions and physiological reactions while answering questions. Analyzing them makes it possible to determine whether a person is telling the truth or lying.

Recruiters use the machine. According to a survey of readers of Secrets of the Firm, almost one in ten out of 700 respondents took a polygraph when applying for a job.

The polygraph has two tasks – to conduct initial screening for employment (to screen out those prone to violations, addictions, fraud, and corruption) and confirm or refute suspicions of crimes.

As we can see from the research results, the practical effectiveness of the technology has a weak evidence base. But some schools still use the methods of graphology (not to be confused with handwriting studies), phrenology, and physiognomy, though the expert community recognizes them as pseudoscientific.

Ostensibly working methods for predicting human behavior by handwriting, the shape of the skull, and facial features lead to stereotyping. This typologization of people based on external features is simply harmful. Moreover, it can be a prerequisite for discrimination and ethnic prejudice and the basis for concepts such as the racial theory of the Third Reich.

The other dangerous side of profiling is the wasted resources of crime-fighting agencies. The technique, which does not always work, can lead the investigation down a false trail, and the lost time will lead to more victims. 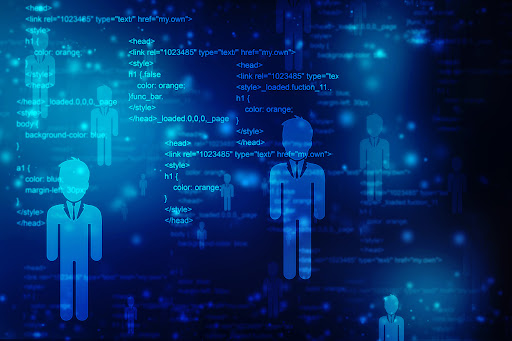 Another perspective on the problem is interesting. For example, journalist Dillon Matthews wonders whether natural scientists should waste their talents on technology mainly used to find serial killers. After all, such crimes account for only 1% of deaths in the United States. Instead, the author blithely declares that he would be glad if genius experts would tackle problems that do much more damage to humanity.

You may be interested in: Tips To De-Stress After a Long Day at Work