What makes Blackjack so iconic? And how has it stepped into the future of gaming? 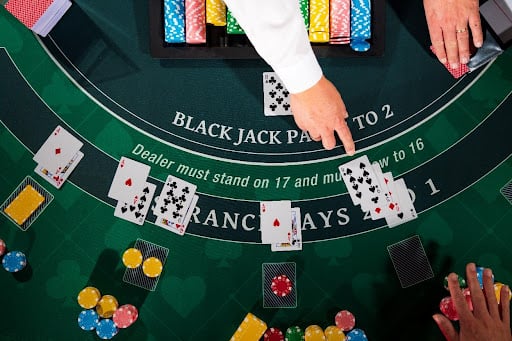 Blackjack takes the gold medal as the most popular casino game of all time. The first records of the classic card game show that it appeared in French casinos in 1700, and since then, Vingt-et-Un, as it was known at the time, truly has stood the test of time. It’s clear the game has stepped right into the future of gaming; with the ability to play live Blackjack online any time you’d like, right at your fingertips. But what makes it so iconic, and how did it step up to the plate?

Read on to find out more.

The origins of Blackjack

There are many theories as to where Blackjack might’ve come from, such as from the Romans, who would play with wooden blocks with different numbers painted on them. Despite this, it’s more commonly believed that the game was derived from other card games that were popular in France in the 1700s, like Chemin de Fer.

In the 18th century, Vingt-et-Un sailed the seas and became popular in North America, thanks to French colonists, and was frequently played in the newly legalised gambling halls of New Orleans in 1820. During this time, the rules varied slightly to that of Blackjack we know today, but the ultimate aim of the game remained the same – to get your hand to the value of 21.

During this time, Eleanor Dumont played a huge part in helping Twenty-One rise to fame. She was born in France and immigrated to America, where her skills as a dealer helped her make a name for herself. It wasn’t common for women to be dealers at this time, and so Dumont made history when opening a gambling hall in Nevada City. The casino was named after the game she was most famous for – Vingt-et-Un, and people travelled from far and wide to play a hand with her.

The game continued to rise in popularity, and in the 20th century, casinos found a new way to promote the game. Bonus payouts were offered if a player won with a black Jack and the Ace of Spades, giving the game the nickname of Blackjack. Unfortunately, the bonus didn’t stick, however clearly, the name did!

The future of gaming

When the first online casino opened its virtual doors in 1996, Blackjack was one of the first games to feature. Since then, the online world has evolved, and so has online Blackjack, making the game easier to access than ever before. Now, you can play not only the traditional game at an online casino, but you can play themed games with bonuses and so much more, 24/7, without even having to leave your home!

The iconic game has seen centuries tick by, and can now also be played in real-time, anywhere you have internet access with live dealer casino games. So, it really is thanks to technology that Blackjack has not only helped to sculpt, but has stepped into the future of gaming, remaining a firm favourite for years gone by, and for many more to come.

You may be interested in: 5 Great Games For Mental Health