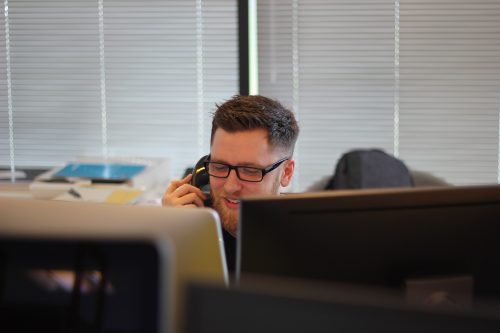 Former President Trump signed the TRACED Act, as one of the auto dialer laws which included the penal enforcement and sentencing aspects of the Pallone-Thune Act, into law on December 30, 2019. Through an effort to restrict the spread of unwelcome automated telemarketing calls (typically dubbed as “robocalls”), Congress passed the TRACED Act in the most recent session. The commission report supporting the bill says that although existing legislation forbids some forms of robocalls, including those that were made without the recipient’s authorization, the number of such calls received by U.S. numbers each year is on the rise. The TRACED Act empowers the Federal Communications Commission (FCC) to execute the bans on unsolicited automated phone calls that are in place under the Telephone Consumer Protection Act (TCPA). First-time violators will have their equipment seized and might have their money forfeited by the FCC, while infractions that were done on purpose might face forfeiture penalties extending the statute of limitations to four years.

While one fundamental enforcement question remains open, no consensus has been reached on what constitutes a “robocall.” As a result, it is now prohibited to use an “automatic telephone dialing system” (an auto dialer) as well as an artificial or prepared voice to contact any wireless phone number. Even though the wording of the TCPA specifies “automatic telephone dialing system,” doubt has surfaced into how this description in 1991—applies to a technical environment that is clearly distinguishable nowadays from what existed at the time the TCPA was enacted. This sidebar talks about how the FCC and federal courts of appeals have construed the TCPA’s auto dialer definition and describes the current legal concerns underlying this term, including the legal challenges that the FCC, federal courts, or Congress may have been able to address.

The TCPA’s Definition of an Autodialer

Since Congress enacted the TCPA in 1991, American citizens were confronted with a chronic and rising problem of “pervasive” telemarketing. The Congress averred that one of the most detrimental pitches in telemarketing are these automated or prerecorded phone call which was also referred to as a nuisance and a breach of privacy by the TCPA. Thus, to be able to solve the issue, an automated telephone dialing system or using an artificial or prerecorded voice is now being considered as prohibited by the TCPA, however, they still provided with limited exceptions for this matter. Automatic telephone dialing technology, as defined under the TCPA, is “technology capable of (A) storing or creating telephone numbers to be reached through the use of a random or successive number generator; & (B) dialing these numbers.”

The Federal Communications Commission’s (FCC) Definitions of an Auto Dialer

The FCC has published a list of rules defining what constitutes auto dialer equipment under the TCPA. The FCC determined in 2003 that a “predictive dialer”—which dials mobile numbers whereas a telemarketer is on a whole other telephone conversation in hopes of the telemarketer finishing that call—is an auto dialer, despite assertions that predictive dialers do not dial “random or sequential” digits in that they depend on predetermined lists of phone numbers. The FCC stressed that the TCPA required merely that devices have the “capacity” to fulfill the TCPA-defined activities and concluded that “Congress expected that the FCC, in exercising its TCPA regulation power, would need to consider technological advances.” Additionally, the FCC said that an auto dialer’s essential quality was the “ability to dial digits without human interaction,” irrespective of how the technology actually saves and dials numbers.

The FCC issued a broad order in 2015 examining a variety of TCPA terminology, along with the auto dialer meaning. The FCC confirmed in the ruling that dialing equipment capable of functioning as an auto dialer constitutes an auto dialer “even if it is not being used for that purpose at the time, even while the caller is contacting a pre-programmed list of customers.” Several respondents sought clarity on the term “capacity” for equipment to store or create sequential or random integers. The FCC replied by defining “capacity” to encompass prospective device modifications, such as the inclusion of software, although such alterations are not fully available on the device. The ruling noted, however, that the device must include “more than a theoretical possibility” of change in order to qualify as an auto dialer, or else the term would encompass “any piece of flexible and adaptable dialing equipment.”

Ajit Pai, then-Commissioner and present FCC Chairman, dissented, stating that an auto dialer’s current capability to dial arbitrary or sequential numbers should be used to define it. Commissioner Pai contended that the order’s wide construction of “capacity” would imply that somehow a one-gallon bucket had the “capacity” to contain two gallons of water “merely by virtue of its ability to be changed to carry two gallons.”

Numerous business organizations appealed various portions of the 2015 ruling to the United States Court of Appeals for the District of Columbia Circuit. In ACA Internation v FCC, the court reversed the interpretation of the FCC calling it an “unreasonably wide” auto dialer term. Judge Srinivasan, writing for a unanimous panel, highlighted that the FCC’s view would appear to encompass “any smartphones,” given that any smartphone may be upgraded with software to call and store randomly or progressively generated numbers. As a result of this view, Judge Srinivasan stated, the TCPA’s limitations on calls made using an auto dialer — and the related legal liabilities — would apply to every unsolicited call made from one smartphone to a wireless phone number. Due to the risk of liability associated with utilizing “the most prevalent sort of phone equipment known, utilized numerous times each day for everyday conversations by the great majority of individuals in the country,” the D.C. Circuit declared the FCC’s stance “untenable.”

The FCC requested an opinion about how to describe an auto dialer under the TCPA following the D.C. Circuit’s ruling in ACA International. The FCC had not yet issued any fresh recommendations on that subject when Congress approved the TRACED Act only about a year and a half later.

The Ninth Circuit, on the other hand, adopted a new meaning that encompasses all “devices having the capability of automatically dialing stored numbers,” irrespective as to how the figures are created. The Ninth Circuit’s judgment prompted the Federal Communications Commission to gather more views as to what defines an auto dialer, but still hasn’t resulted in any regulatory action.

Interesting Related Article: “How an Auto Dialer Helps You Get Connected to Your Customers“