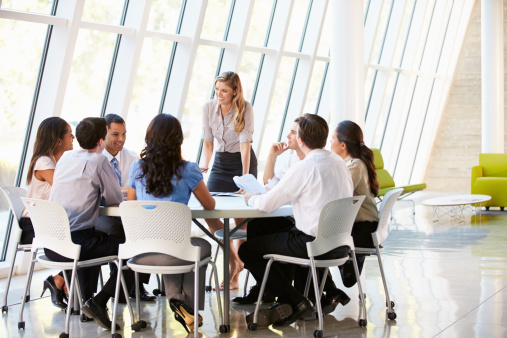 According to a new study, women are more productive in warmer office temperatures.

The study, conducted in Berlin, Germany, involved giving 500 men and women math, verbal and cognitive reflection tasks to complete at a variety of temperatures (ranging from about 61 degrees Fahrenheit to about 91 degrees Fahrenheit).

Tom Chang, associate professor of finance and business economics at the USC Marshall School of Business and Agne Kajackaite of WZB Berlin Social Science Center, published their findings in the May 22 edition of PLOS ONE.

At higher temperatures, women perform better on a math and verbal task while the reverse effect was observed for men.

According to the abstract of the study, the increase in female performance in response to higher temperature was found to be much larger and more precisely estimated than the corresponding decrease in male performance.

“It’s been documented that women like warmer indoor temperatures than men–but the idea until now has been that it’s a matter of personal preference,” Chang said. “What we found is it’s not just whether you feel comfortable or not, but that your performance on things that matter–in math and verbal dimensions, and how hard you try–is affected by temperature.”

“One of the most surprising things we learned is this isn’t about the extremes of temperature,” Chang said. “It’s not like we’re getting to freezing or boiling hot. Even if you go from 60 to 75 degrees, which is a relatively normal temperature range, you still see a meaningful variation in performance.”

The findings suggest that productivity in gender mixed workplaces could be boosted by setting the thermostat higher than current standards.

“Battle for the thermostat: Gender and the effect of temperature on cognitive performance”
Tom Y. Chang , Agne Kajackaite
PLOS ONE
Published: May 22, 2019https://doi.org/10.1371/journal.pone.0216362