The Increasing Role of women in US marijuana Industry 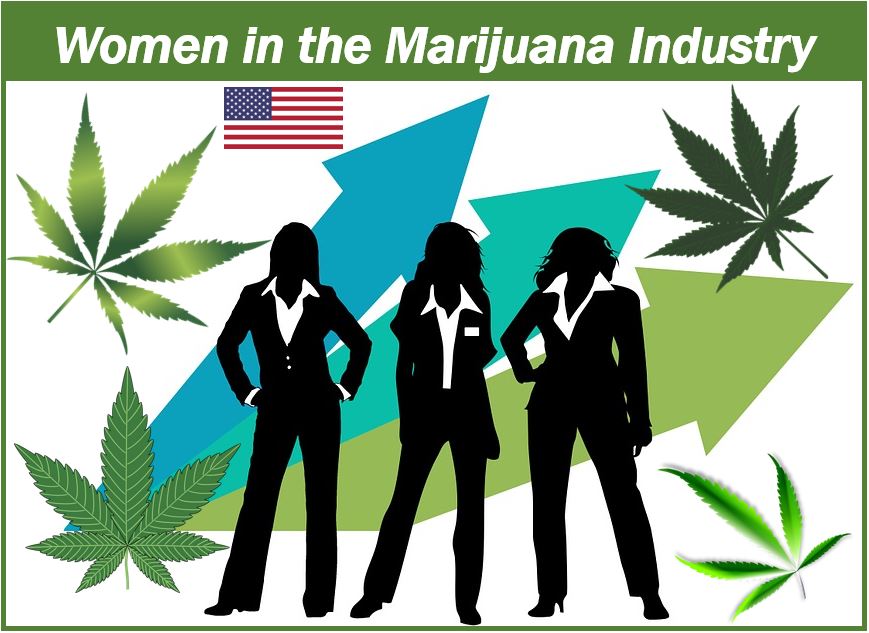 The legal pot industry has paved the way for women to have an opportunity to assume leadership roles for themselves. In a 2017 survey, the US cannabis industry was composed of about 26.9 percent of women executives. Approximately, the national average of women executives across US businesses is only 23 percent.

Thus, women holding an executive position in the cannabis industry are way higher than women executives in various businesses nationwide. Although, in 2015, women holding executive positions in the cannabis industry, particularly in the pot dispensary business, are greater at about 36 percent, than in 2017 at almost 27 percent. Notwithstanding, according to some experts, it is still a good number.

Here is a list of women supporting the marijuana industry, observed in 2019 (only arranged alphabetically, but not considered as ranking):

Brianna Kilcullen, Founder, and CEO, We the People

Amy Margolis, attorney and founder, The Initiative and The Commune

Women In The Marijuana Industry

The cannabis market is developing swiftly and has produced some fantastic and influential female leaders. These women are pushing for one advocacy, the universal legalization of marijuana.

In the past, it is scarce for women to propel change, spearhead groundbreaking research, or head some of the pot dispensary networks in the US and Canada. Nowadays, the opposite is true.

Belowis the list of influential women with considerable contributions in the marijuana industry:

She started StockPotImages.com, a website dedicated to explaining the complexity yet outstanding benefits of marijuana. In here, she documented the lifecycle of the plant, as well as its benefits. Chong pushed for change with the way we think about cannabis. She describes marijuana as a naturally majestic organism, and she wants to remove the negative stigma associated with marijuana.

Whiteman owns a company (Wana Brands), which is the number one producer of edibles, extract, and medicinal cannabis. With its tremendous success, Wana Brands (now in six states) is growing even more significant and contemplates expansion plans in other countries this year. This is the reason why she was tagged as “the Queen of Legal Weed.”

Dr. Sanchez has been researching cannabis way before the onset of the medical marijuana acclaim. The effectiveness of CBD as an antioxidant was tackled by her before today’s science, proving it.

Jazmin Hupp has been an open advocate in harnessing the cannabis’ medicinal benefits. She co-founded Women Grow organization, together with Jane West. Featured several times in various prominent magazines (such as The Economist, Fortune, and Forbes), Hupp is considered as one of the most influential women in the industry today.

West, the business partner of Jazmin Hupp, remains to be determined and still fighting for her advocacy. This is even after losing her job as a “corporate event planner” in CNBC; where she was caught by her boss vaping inside the company’s premises. Now, she is one of the women pioneers in the marijuana industry.

Jodie Emery, is another influential cannabis advocate, activist, and politician in the industry. She and her husband put up a business known as Emery Empire (which includes Cannabis Culture weed magazine, Pot TV, dispensaries franchises, and head shops). Her passionate feeling about the advocacy stems from her condescension towards the current legal system.

Amanda Reiman is the Manager of Marijuana Law and Policy for the Drug Policy Alliance (DPA). Her significant contribution has been most influential in the drug policy changes all over the US. Reiman is still conducting studies in support of cannabis.

There’s an ongoing exhilaration among women when it comes to supporting and promoting the cannabis industry. So it is no longer shocking to know that Whoopi Goldberg is not the only popular women celebrity to openly support marijuana.

Most of these celebrities that support and promote cannabis argue that there’s nothing wrong with smoking pot. They admit to using weed, although not regularly. Most of them firmly believed that marijuana should be legalized due to its therapeutic benefits.

Below are today’s famous female celebrities that have openly admitted using weed and supporting its legalization.

Further reading: What is cannabidiol?