The yen has weakened for its third consecutive day after reports sparked concerns that the Japanese pension fund is going to be increasing its holdings in overseas assets and stocks.

When employees reach a certain age, they stop working, they retire. At that point, they start receiving a pension. 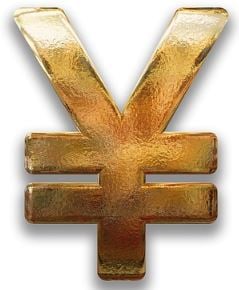 Yen weakens against all major currencies

The yen dropped by about 0.2 percent against all 16 major peers, following the Nikkei newspaper reporting that the $1.2 trillion Government Pension Investment Fund is going to increase its target for foreign bonds and shares up from 23 percent, to 30 percent.

The Australian dollar strengthened because of Chinese government officials stating that the country’s central bank is going to be injecting funds into major lenders, a signal that the country is increasing stimulus.

“Markets will be looking at those flows as supportive for equity markets and outflows from Japan, which would both be negative for the yen based on current correlations.”

The Japanese Topix Index surged, increasing the most in more than year following news from the Nikkei’s October 18 report that the GPIF is going to cut back on local bond holdings to 40 percent, down from 60 percent.

The GPIF’s planned asset review may take time, given that its investment committee and health ministry have diferent opinions on the best timing and approach, according to Takatoshi Ito, a government adviser.

The yen also suffered because of the Haruhiko Kuroda’s remarks that policy makers will continue with monetary easing until the country’s inflation rate reaches and stabilizes at 2 percent. The Japanese central bank purchases almost 7 trillion yen ($65.3 billion) in bonds every month.