Acquiring a company in Bangladesh 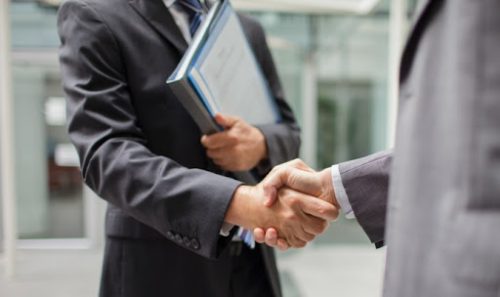 If you are an investor looking to expand your business or probably acquire one, Bangladesh can be one of the most preferable destinations for years for any local and international investors. You can take help of any internationally recognized corporate lawyers in Bangladesh and start investing your money smartly in Bangladesh.

By 2025, the constantly growing economy of Bangladesh is expected to have made the transition from a developing economy to one of the least developed economies. The export sector, which accounts for the vast majority of the economy, is concentrated in a few industries, primarily clothing and leather. The acquisitions and capital market industry is still immature and young, and authorities have not yet fully implemented any controls. Even though some companies are traded on public exchanges, private mergers and acquisitions are the norm in this sector. The local M&A trends are gaining steam as the economy gradually evolves into a growing economy, and cross-border transactions are being increasingly linked to global deals.

The industry is dominated by private equity deals, most of which are primary buyouts. There is balance between buyers and sellers at the moment. The purchasers come from a variety of backgrounds (strategic and financial), and almost none of the transactions are funded by taking on debt. In the local market, divestitures are the most typical form of transaction.

Structure of acquiring a company in Bangladesh:

While share sales remain prevalent, asset sales are on the rise in Bangladesh. While cash settlement is standard practice for international transactions, cash and share settlements are often used in tandem for local transactions. Typically, buyers pay 100% of the purchase price at closing, although in some regional transactions, the payment may be postponed. Fair market value is the basis for pricing in both international and domestic transactions. Price modifications for cross-border deals are made during the condition precedent period prior to closing in order to comply with applicable requirements.

Terms and documentation for private Acquisition of a company in Bangladesh:

Indemnification duties are not subject to limitations in most cases. Insurance for sales representatives and extended warranties is unusual as well. However, in recent transactions, an escrow bank or agent has been provisioned as an added layer of protection to handle foreign exchange regulation issues. In addition, most transactions include provisions for indemnification in the event of loss due to non-disclosure.

How to buy a company in Bangladesh:

While negotiated sales are the norm, investment banks are typically brought in to solicit bids for auctions of businesses or undertakings that are part of larger businesses or assets. After an initial agreement is reached in a negotiated sale, the buyer often does its own due diligence, with the seller facilitating information or papers as needed.

If an auction is taking place, the data room will typically have all of the necessary due diligence papers for the bidder and sometimes the seller to conduct further inquiry. The seller also completes their own due diligence so that potential buyers have something to go on before making an offer.

The following are the most prevalent types of corporations participating in private acquisitions: Corporations with limited liability (both private and public, listed and non-listed). Liaison overseas operations.

How to acquire a public company in Bangladesh:

Acquiring a stake in a company (transfer and issue of shares) or buying stock can be accomplished in two ways: by subscribing to new ownership in the company or by purchasing shares from an existing shareholder. When pursuing mergers and acquisitions, a corporation must ensure that its most current annual return is on file. It is required that all share transfers be reported with the Office of the Registrar of Joint Stock Companies.

(Before 2019, non-listed firms had to get permission from the Bangladesh Security Exchange Commission to issue shares if doing so would increase their paid-up capital above a certain threshold; this requirement was removed.)

Once a court order has been issued, the target company will merge with the purchasing company and be dissolved. The purchaser assumes full responsibility for the acquired business, including its assets and obligations. Target firm shareholders receive purchase consideration from the acquirer in the form of either newly issued shares or cash equal to the value of their existing holdings.

Mergers and acquisitions in Bangladesh are primarily governed under the Companies Act of 1994. The High Courts of Bangladesh must give their approval for such mergers. Once the merger is approved by the court and 75% of the shareholders vote in favor of it, the transferee firm has 21 days to offer to buy out the other shareholders who don’t want to participate.

After 30 days from the date of the transferee firm’s notice, the dissenting shareholders may petition the court to prevent the transferee company from acquiring the shares. A merger requires approval from shareholders and creditors, which can only be obtained at a court-ordered meeting. The program needs the backing of 75% of shareholders and creditors in terms of value present and voting. Following that, a petition for the scheme’s approval must be submitted to the High Courts. If you want to acquire a public company in Bangladesh, you should hire the best attorney possible in Bangladesh.

Demergers in Bangladesh and how to avoid them:

To avoid the inefficient tax implications of a slump sale or sale of assets piecemeal, this structure is used instead. The court orders the de-merger of the undertaking or division of the target firm and its subsequent transfer to the purchaser. The purchaser takes up responsibility for all aspects of the business. Either shares in the acquiring company are distributed to the target company’s shareholders or cash is distributed. In contrast to a merger, the acquired company will remain operational. In this case, you need to do the same steps as you would with a merger.

In a slump sale, the target firm’s liabilities are sold along with its assets and liabilities through a court-sanctioned process aimed at avoiding taxes. Instead of placing a monetary value on specific items, the contract may stipulate a single payment as consideration. Nonetheless, if there are liabilities attached, the High Court’s original business jurisdiction must nonetheless approve the transaction.

The Sale of Goods Act of 1930 applies to all purchases of tangible goods. Shares and debentures are defined as transferable property and the process for doing so is spelled out in the Companies Act. The Transfer of Property Act of 1882 governs the purchasing of real property. These laws address a wide range of transfer-related topics, including the necessary circumstances for a transfer to be valid, the rights and obligations of the seller and the purchaser, any implied terms or warranties, and the point at which title or risk in the assets changes. How assets are acquired and recorded as transferred is heavily influenced by transaction costs.

Stamp duty and other taxes, such as those on capital gains and sales, are included in these figures. Sales of movable property do not require registration with the Office of the Sub-Registrar, but sales of immovable property do.

For investors who would rather not form a completely owned firm, or for foreign entities looking to avoid foreign equity ceilings in specific industries, joint ventures are an attractive alternative (for example, aviation, pharmaceuticals, and garment manufacturing). For new entrants in other industries, the advantages of a joint venture can come from the local partner’s strong marketing and distribution network as well as the ready availability of skilled workers. Acquiring a share in a project after it has already been commissioned is a great way to avoid many of the challenges and hazards associated with the development period, especially in large projects.

Benefits of buying stocks in Bangladesh:

For the following reasons, buying shares is a basic and straightforward process that can be easily implemented:

This is what needs to be taken into account in the same time:

Liabilities are not automatically acquired by the buyer in an asset transaction. In addition, the buyer can avoid many potential legal issues by picking and choosing which assets to purchase in an itemized sale. Due diligence on the target company can then be conducted with a more limited focus and time commitment. This expedites the process of acquiring the asset.