Fragmentation of the large carnivore’s habitat, poaching, and loss of prey are worsening the crisis. 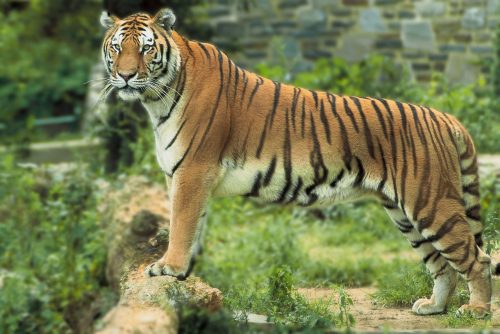 At the current rate of decline, experts warn that it won’t be many decades before the tiger is extinct.

A recent study of tiger conservation in the mountainous landscape of Bhutan, however, suggests that all is not lost.

The researchers evaluated the impact of human activity and environment changes on tigers in the small Himalayan kingdom, which sits between China and India.

They describe the findings in the October 2019 issue of the journal Biological Conservation.

As a signatory of the 2010 St. Petersburg Declaration on Tiger Conservation, Bhutan agreed to “strive to do everything possible” to double its tiger numbers by 2022, the next Year of the Tiger.

Bhutan is the only country in the world that has enshrined forest protection in its constitution.

The document declares that “a minimum of 60% of Bhutan’s total land shall be maintained under forest cover for all time.”

In support of global tiger conservation, and to preserve “important biological resources for sustainable development,” Bhutan has assigned more than half of the country’s land to a conservation network.

Fewer than 4,000 tigers in the wild worldwide

The tiger is an endangered species, with under 4,000 individuals living in the wild, according to the World Wildlife Fund.

Tigers are the largest of all Asian big cats and can live up to 20 years in the wild. They usually hunt alone and stalk their prey.

A single tiger can eat up to 88 pounds of meat at one time. Male tigers are heavier than females and can weigh up to 660 pounds and measure up to 10 feet in length.

Apart from when females are with their offspring, tigers usually live alone. A single tiger usually has a large area, depending on how much prey is available.

In all areas where tigers are in the wild, they face increasing pressure from habitat loss, poaching, and revenge killings.

Bhutan is one of just over a dozen countries that have tigers in the wild.

Survey of tigers in Bhutan

The Bengal tigers of Bhutan inhabit the country’s southern, tropical forests right up into the northern, cold alpine forests.

This ranges from 100 meters to 4,200 meters above sea level, the highest altitude tiger habitat in the world.

In Bhutan, the biggest threats to tiger conservation include road construction, expansion of agriculture, mining, and commercial logging.

For the recent study, the researchers examined a nationwide camera trap survey that took place across Bhutan during 2014-2015.

From the captured images they were able to evaluate the impact of environmental and manmade changes on tiger habitats across the country.

The researchers found that closeness to protected areas appears to be having a positive impact on tiger habitat use and availability of large prey. Being far away from human settlements also helps.

They suggest that well-managed protected areas can help species recovery and the conservation of biodiversity.

Tiger conservation is more likely to succeed when natural habitats and prey species are protected.

Such protection will rely on strict enforcement of antipoaching measures as well as minimal deforestation and land conversion to ensure sustainable land management.

“Bhutan,” conclude the authors, “with unusually strong environmental legislation and a high percentage of its area protected and under contiguous forest cover, set the global standard in large carnivore conservation and is an important component of a wider conservation complex in South Asia.”