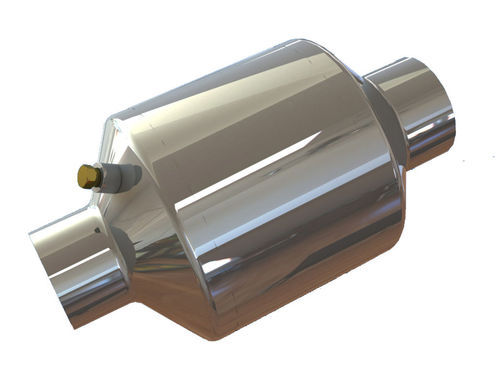 If you have a diesel engine, you likely rely upon the efficiency of a three way catalytic converter.

But what is a three way catalytic converter?

Put simply, it is a key component in diesel engines that controls exhaust emissions — diesel particulate filter cleaning can also reduce the amount of harmful substances.

Read on to discover the details of how this component functions and why it is essential to conforming to modern emission standards.

The function of a 3 way catalytic converter goes one step further by also converting nitrogen oxide to nitrogen. A three way converter completes each of these tasks simultaneously, allowing the process to happens almost instantaneously while the engine runs and you focus on your work.

One of the essential keys to the efficiency of 3 way catalytic converter is the ability to convert carbon monoxide to carbon dioxide. Carbon monoxide is not only harmful to the environment, but harmful to human lungs as well.

Carbon monoxide consists of one carbon atom and one oxygen atom. This makes it poisonous to the human body.

By adding another oxygen atom, though, the gas becomes carbon dioxide, which is the same gas that humans exhale. This is an especially important function of a catalytic converter, since otherwise it means that diesel engines exude a poisonous gas that can not only make people sick, but can cause suffocation and death in enclosed spaces.

Another essential 3 way catalytic converter operation is the transfer of hydrocarbons to water. No engine is 100% efficient, and the unburned or partially burned fuel. Not only does this contribute to the creation of toxic gases such as carbon monoxide, but it also lowers an engine’s efficiency over time.

This means that hydrocarbons left unburned will eventually lead to the creation of more hydrocarbons, which in turn lowers the engine’s efficiency further. A catalytic converter converts these hydrocarbons to carbon dioxide and water, allowing them to pass harmlessly through an engine and extending the life of the machinery in the process.

One of the reasons that a three way catalytic converter is considered as a modern engineering design tool is its ability to convert nitrogen oxides to nitrogen. Nitrogen oxides include both nitric oxide and nitrogen dioxide. These represent environmental threats, as they lead to both smog and acid rain.

As climate change has become a matter of increasing importance and people have grown more concerned with the effects of pollution on the environment, the need to control these emissions has become greater.

The addition of nitrogen to these gases can convert them to nitrogen and carbon dioxide or nitrogen and water, thus reducing their environmental impact and making cleaner air for us all.

The heat of the engine during operation burns up the particulates caught in the filter, which removes them without reducing the engine’s effectiveness. However, because no process is 100% energy efficient, a diesel particulate filter can sometimes need replacement. Fortunately, this component can be replaced without needing to replace the rest of the three way catalytic converter, making the matter easy to fix if it does arise.

In short, a three way catalytic converter provides important chemical exchange processes that help to scrub diesel exhaust of some of its most harmful gases. This reduction in toxic substances is not only important for personal health and safety, but essential to the wellbeing of the environment as a whole.

That’s why many states and provinces in the US and Canada mandate the use of an efficient three way catalytic converter in all modern diesel engines. Without this component, the use of a diesel engine in vehicles and machinery would be deemed far too dangerous for modern standards.

You may be interested in: “Important features to look for on your next car”