The Cost of the World compares countries – incomes and prices 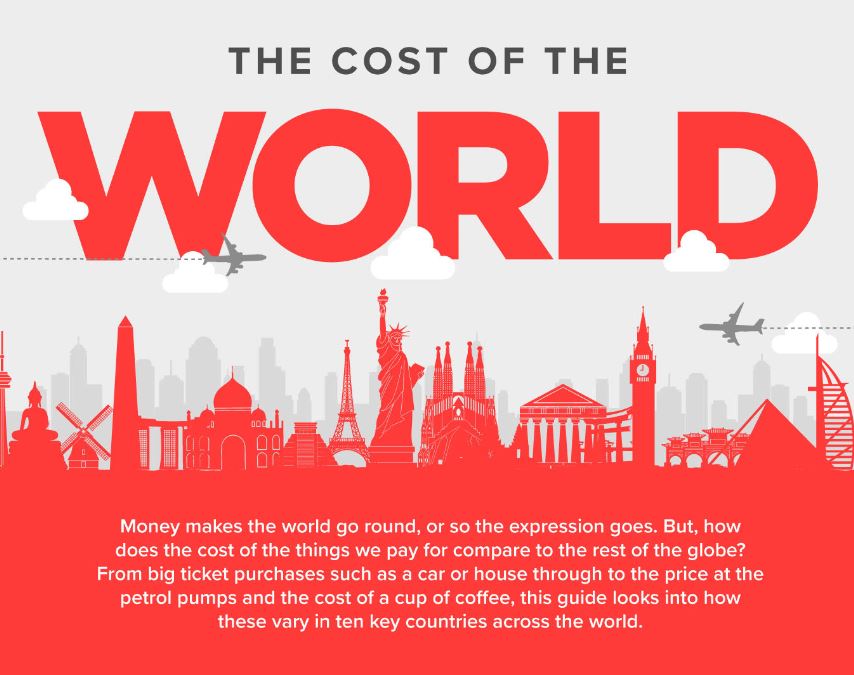 “The Cost of the World,” a new infographic by forex brokers IG Markets compares the cost of various items people need as well as incomes. The infographic compares rates in several different countries.

While the cost of housing in London is higher than any other city in the world, British people’s incomes are nowhere near the highest. 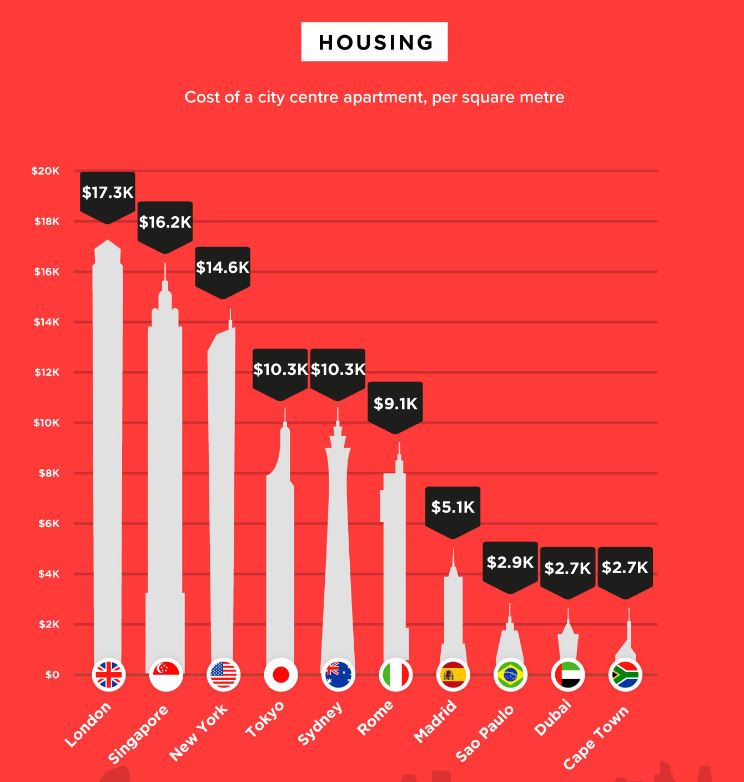 In the countries that the chart compares, Brazil has the highest interest rate for mortgages, while the US has the lowest. 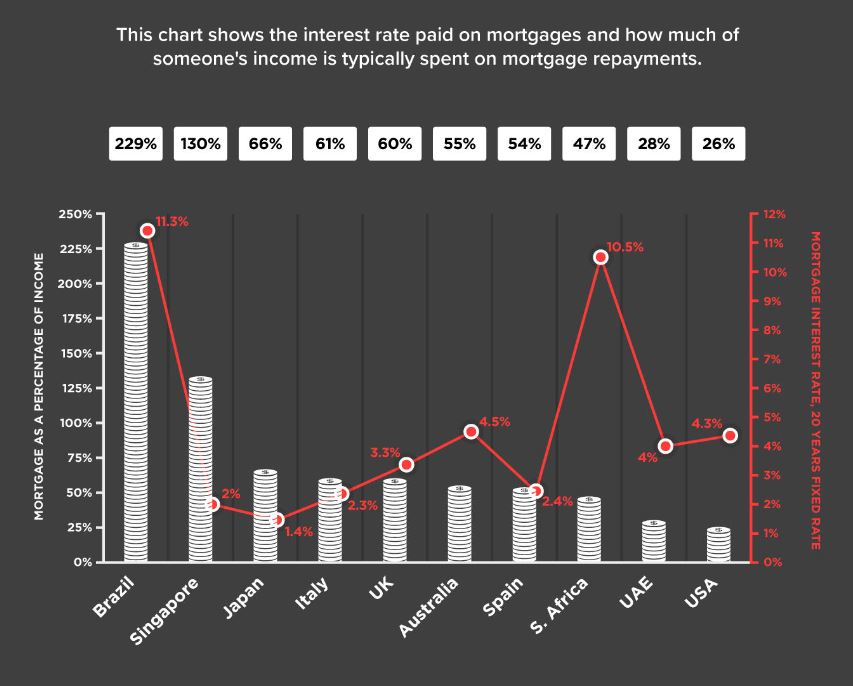 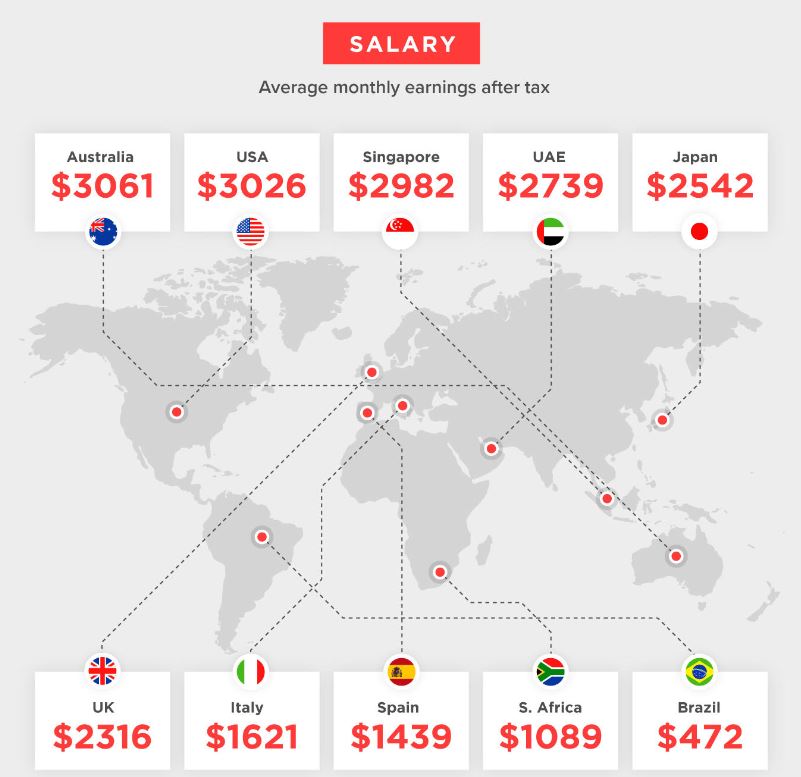 Americans spend 4.9% of their income paying monthly bills, compared to 15.2% in Brazil, 7.8% in the UK, and 4.7% in Australia. Monthly bills are based on electricity, heating, water, garbage, and cooling for an 85 m2 apartment. 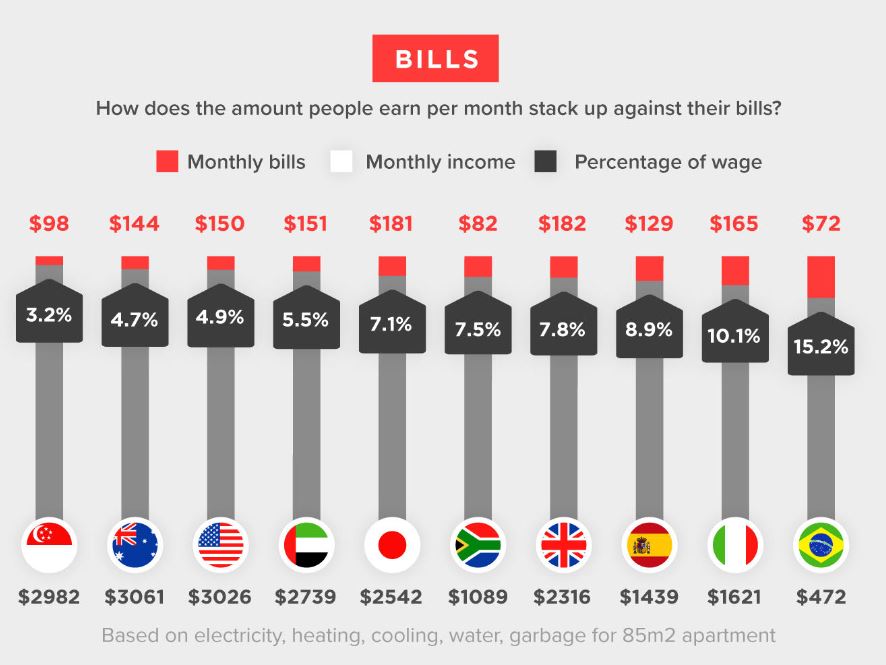 While British salaries are lower than those of Americans, Brits have to pay 6.35% more for a car and twice as much for gasoline (UK: petrol). 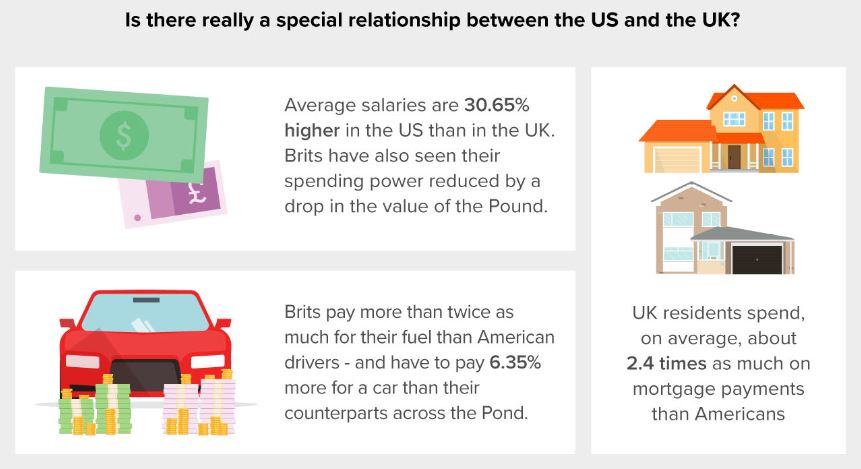 The difference in price of a new VW Golf 1.4 between Singapore and Australia is huge. 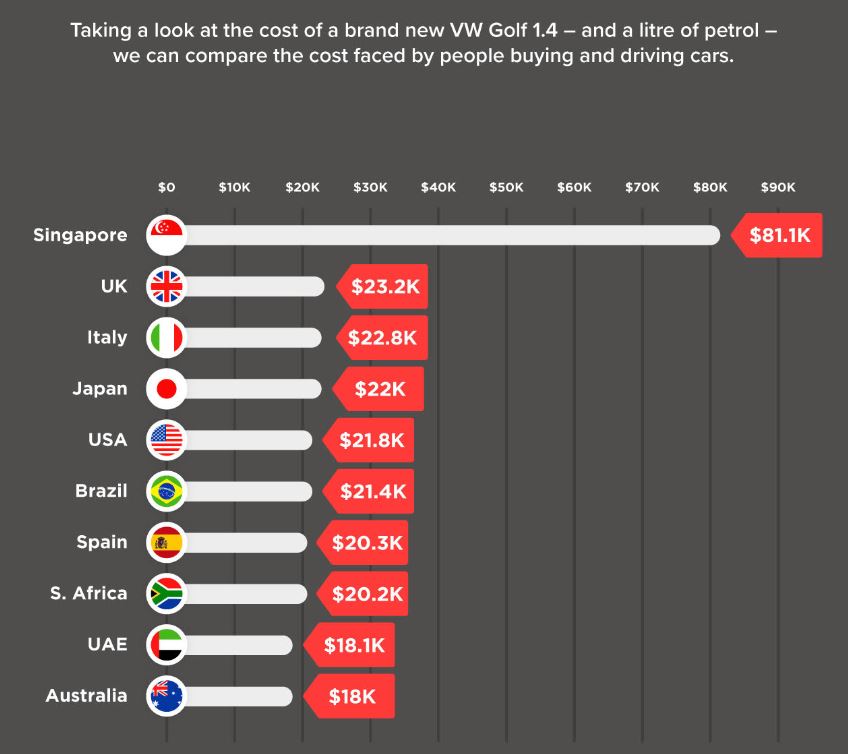 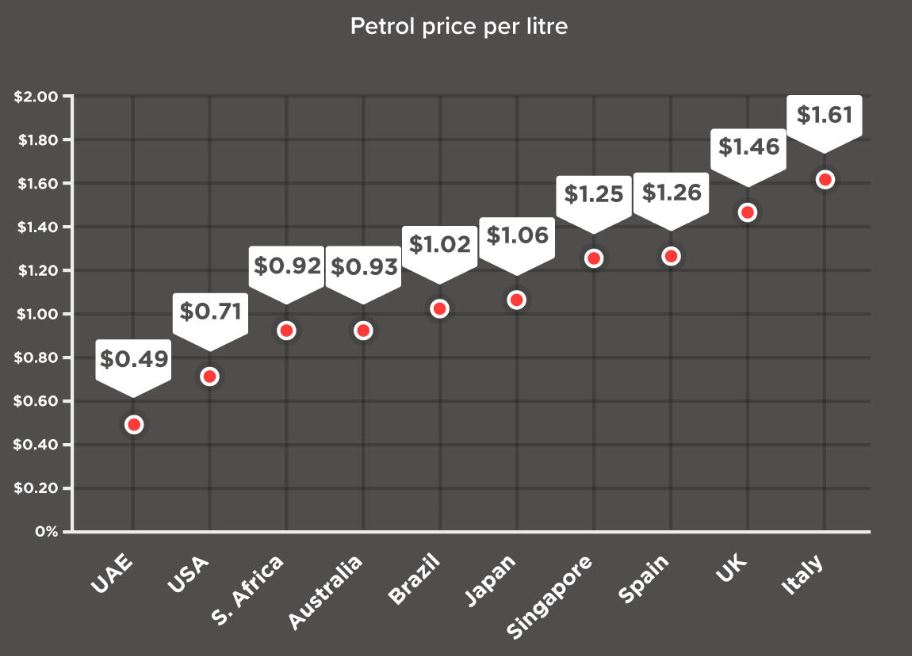 A cup of coffee

For the price of a cup of coffee in the UAE (United Arab Emirates), you can get nearly 6 cups in Italy. 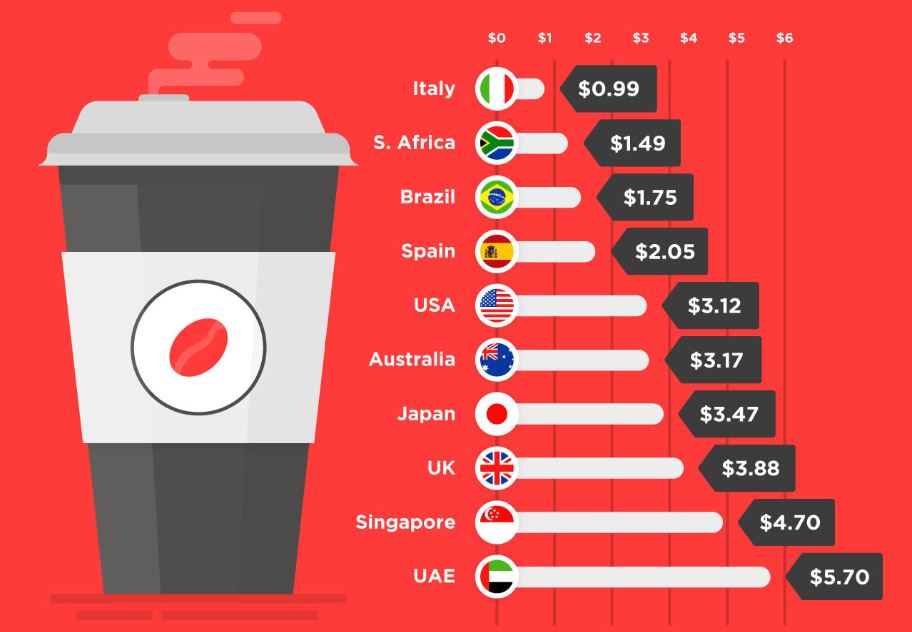 Going to the movies (UK: cinema) is considerably cheaper in South Africa than Japan. A family of four in Japan has to pay more than $60 in Japan, compared to just over $22 in South Africa. 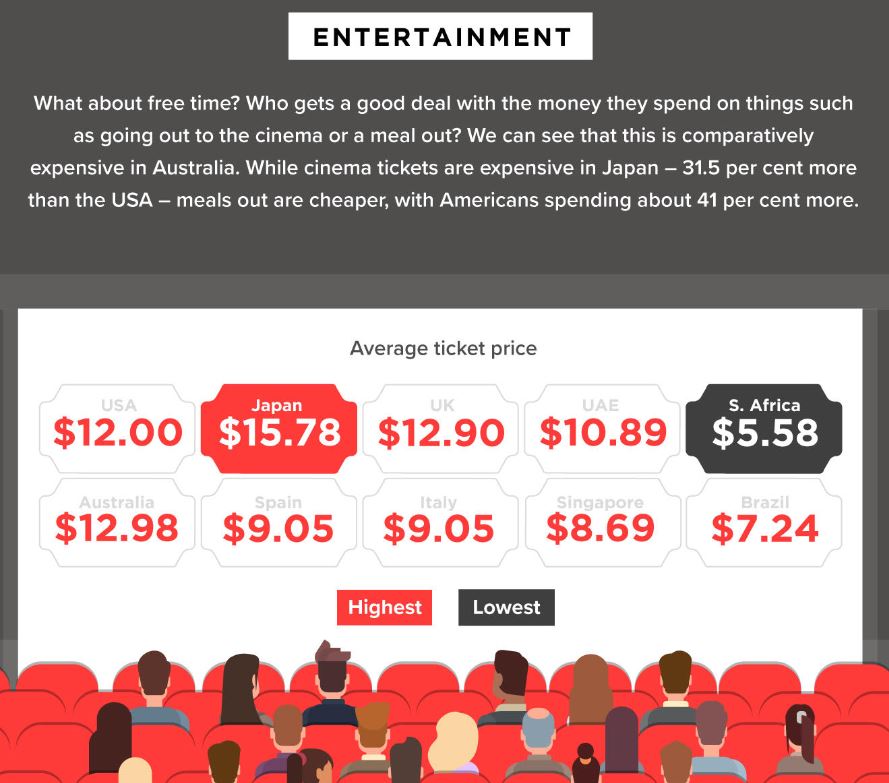 A family of four in Brazil pays about $104 to eat out, compared to $232 in Australia and the United Kingdom. 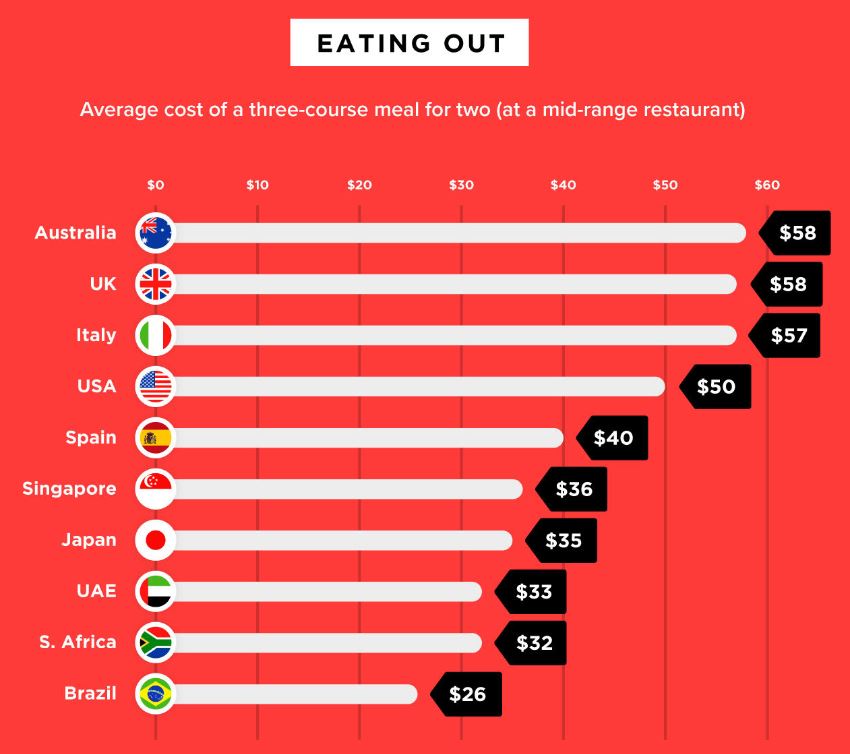 Japanese consumers get a good deal on trainers, especially compared to Australians. Trainers in low-income countries such as South Africa and Brazil are relatively expensive. 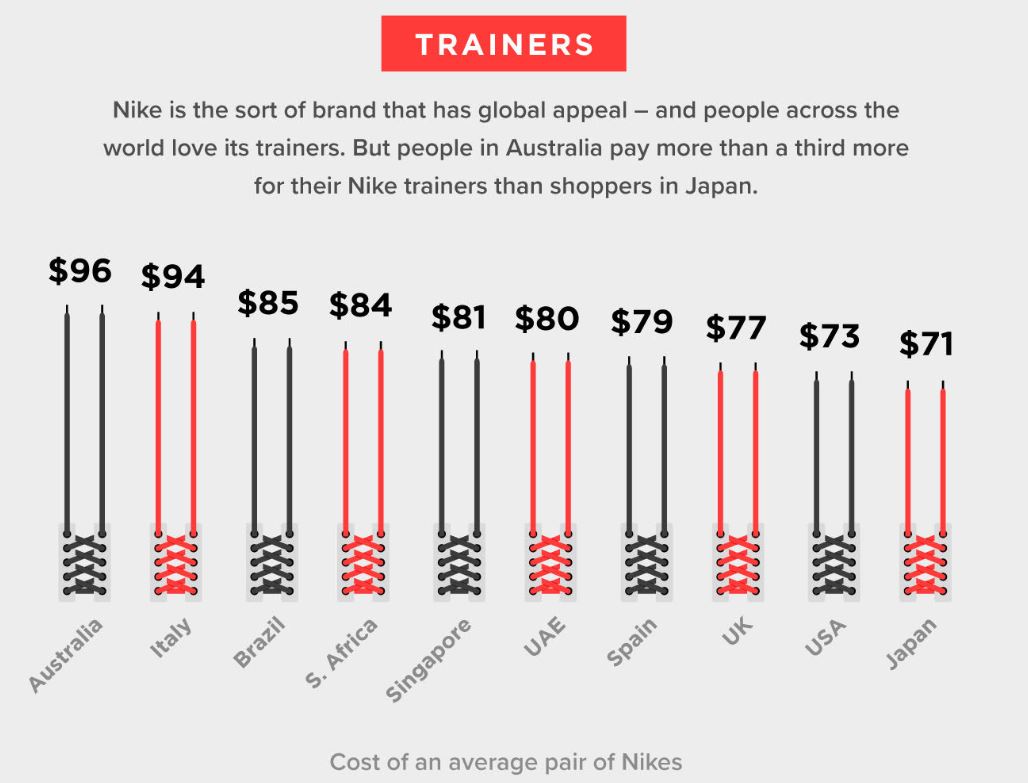 Voting in the 2016 referendum for Brexit undermined the value of the UK pound. 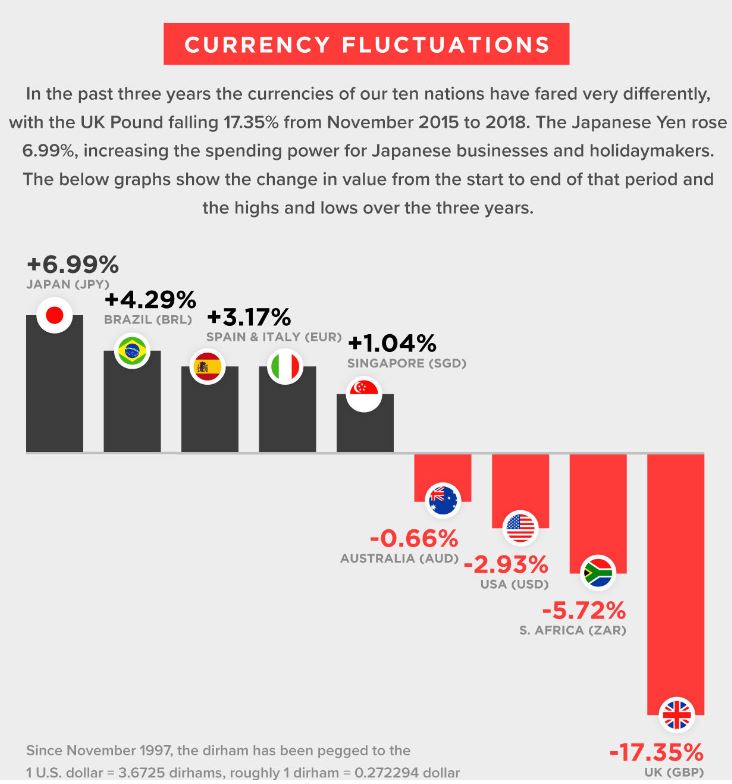 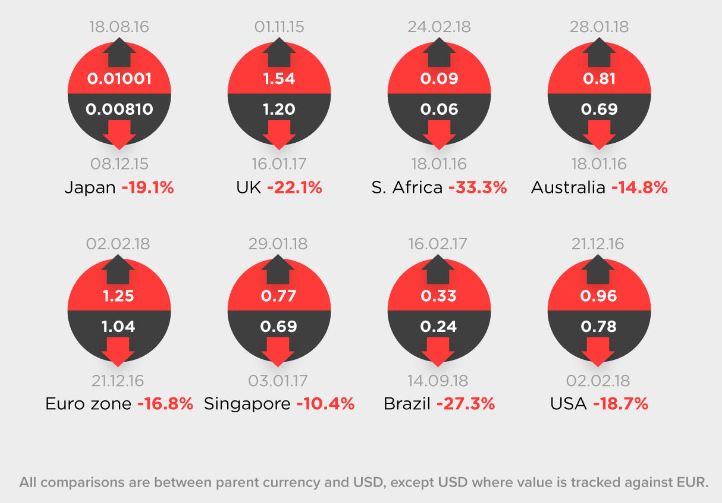 Even though Brazilians pay the least for a nursery place for their children, the cost represents very high proportion of their monthly income. That is because salaries in Brazil are low. 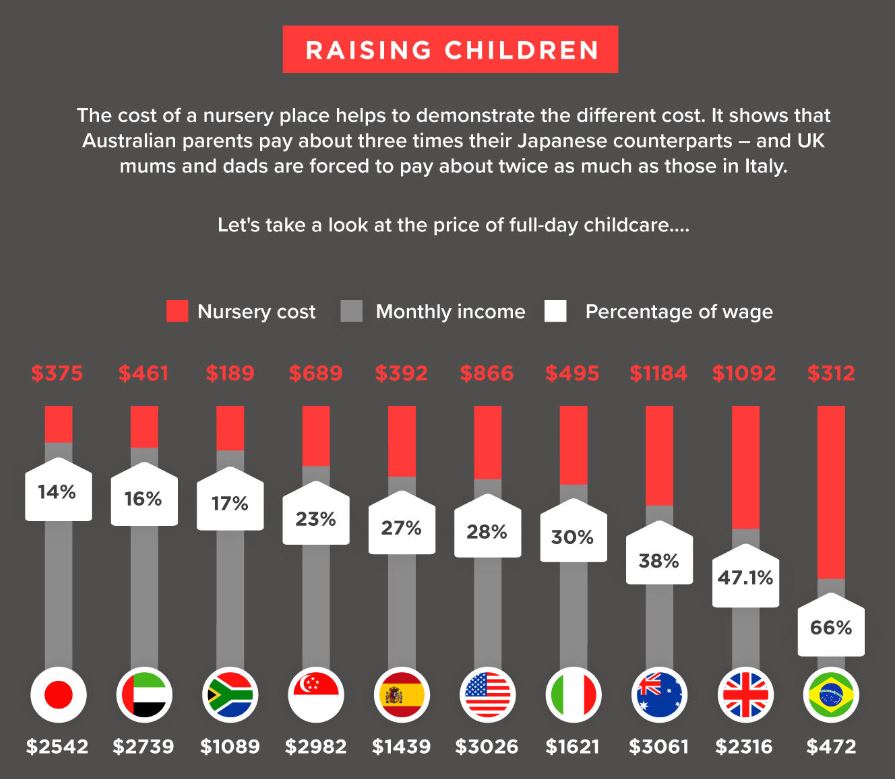