Could fine-tuning this gene make crops more resistant to disease?

The discovery of a new plant gene could advance the search for ways to improve resistance to disease in crops.

The previously unknown gene is called SRG1 and plays a key role in controlling the immune system. 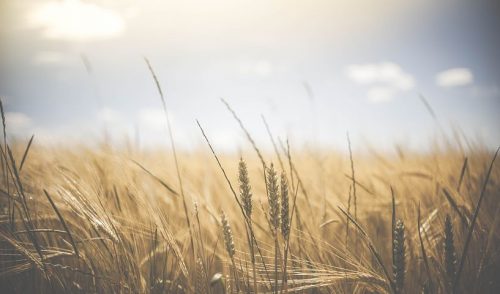 Could fine-tuning the gene SRG1 be a way to breed more resilient agricultural crops? Credit: pixabay-1845835

The journal Nature Communications recently published a report on the find by scientists from the University of Edinburgh in the United Kingdom and Jiangsu Normal University in China.

The team suggests that future research on fine-tuning the gene might lead to more resilient crops or better ways to treat their diseases.

Plant diseases – such as those caused by bacteria, fungi, and viruses – are responsible for around 10 percent of losses in key varieties of agricultural crops.

When they come under attack by viruses and bacteria, plants respond by producing small amounts of nitric oxide gas. Buildup of nitric oxide in its cells triggers the plant’s immune system.

In the new study, the team took a closer look at what is happening at the genetic level during this process. They studied it in Arabidopsis thaliana, a common cress that often serves as a model in plant biology.

They discovered that nitric oxide increases SRG1 activity and that infection by bacteria has the same effect.

Further investigation revealed that increasing SRG1 ramps up the plant’s immune response by reducing the activity of genes that normally suppress it.

The researchers showed that tweaking SRG1 led to greater resistance to infection through production of more defensive proteins.

“SRG1 is a positive regulator of plant immunity,” they write.

In addition, they discovered that nitric oxide also stops the immune system from over-reacting. If the immune system is too active it can damage the plant, just as autoimmune diseases attack healthy tissue in humans.

The researchers conclude that molecular mechanisms similar to those that they identified might be present in other species and that this may reveal something fundamental about immune regulation in general.

“Our findings,” says Gary J. Loake, who is a professor in the School of Biological Sciences at Edinburgh University and senior author of the study, “provide a missing link between mechanisms that activate and suppress the plant’s response to disease.”

“We were surprised to see this might be common to humans too,” he adds.