Have you ever thought that out of the 24 hours in a day, how much time do you spend on your mobile phones? Statistics reveal that a major chunk of the population in today’s world is spending considerable time on mobile phones and eventually the greatest share of time in a day. On average, a smartphone user spends more than 3 hours daily using mobile apps. A major chunk of the time is spent on gaming and shopping apps. But other apps like food delivery, entertainment, and work-related apps are not far behind. 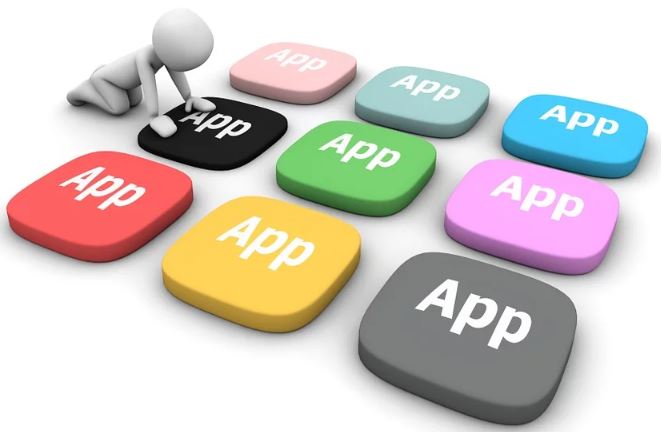 All mobile phone users are aware of the term mobile applications and know how to use apps. From grocery shopping to electricity payment, from watching movies to checking your bank account balance, anything and everything is possible through mobile apps. The recent marketing strategy of almost every kind of business set up is to launch its own app to broaden its user base.

Offering customers with a valid app helps in various ways. Firstly, the users are able to enjoy a customized experience and secondly, the service becomes highly accessible to all kinds of users.

But, every app, before it goes out in the market is tested.

So, what do you mean by the term mobile app testing?

It means nothing but testing the usability and performance of the app in smartphones. Suppose any company has developed an app, it is highly recommended to check the functionality of the app in different mobile phones before launching the app in the market. It is very much similar to the pre-testing of any consumer goods before its launch in the market.

Now the bigger spectrum question arises that who will test these apps. The companies which develop the app are usually the ones that also test the app for its consistency in performance, before being released in the market.

It is absolutely essential to carry out a full-fledged and multi stratified testing for mobile applications. There are innumerable types of mobile devices available in the market today. There are a variety of input methods for these devices. Every mobile has a different screen size, different operating systems running it.

There is also a myriad of mobile network operators like CDMA or GSM which run these phones. Now among such variabilities of functionality, an app that can stand out and function appropriately in most of the variations will be the most accepted one. Mobile usage has witnessed revolutionary growth owing to theses mobile apps.

The issue of device fragmentation can be resolved using a   tool like pCloudy. It can be used to perform manual as well as automated testing on multiple Android and iOS devices.

Let us now come to the different types of mobile app testing. The basic methodology adapted for mobile testing includes following a preset module template. This is called the mobile testing cycle.

Now the mobile testing cycle has got basically a few steps, primary of which is understanding the customer requirements. This includes carrying out a thorough survey and understanding what the customer aspires for in a good app. On the basis of this, a fool-proof testing plan is prepared and reviewed. The app is tested on several parameters such as how much user-friendly is it. The different methods which are a part of mobile app testing are functional testing, interruption testing, performance testing, Security and so on.

Agile Methodology is one of the eminent technologies in the field of futuristic mobile app testing. This method aims at the automation of the mobile app testing process. Automation requires various kinds of configuration tools. It is based on the collaboration of various teams for quick and fast delivery. Quality engineering is the ultimate approach to mobile app testing.

Greater emphasis on performance engineering rather than performance testing is also one of the fundamental processes for recent mobile app testing. The foundation stone of this testing methodology is the user’s experience that indeed matters the most in case of app development and app testing. It makes the approach flexible and the data automation process easier and convenient. This is also an economical process since it lowers the software development.

Versatile open source testing tools have literally revolutionized the entire process of mobile app testing. These tools are easy to use and customizable. This is, in fact, the most widely used technology focusing on mobile app testing.

Open source tools are being attributed to the future of mobile testing apps. The wide user accessibility and easy to implement are the reasons for its popularity. Open-source testing focuses on greater involvement of communities. Continuous improvement for advance scenarios are the reason for the huge success of open source tools like Appium.

Like all testing processes in the world, mobile app testing includes varieties of challenges, the fundamental of which is the multiplicity of devices. As discussed previously with the huge number of differences in the kind of network, OS, and supportability of mobile devices, it becomes difficult for one single app to stand out on all these. The future of mobile app testing is indeed bright, but it involves the adaptation of a lot of innovative strategies.

IoT or Internet of things is also the future face of mobile app testing. It appropriately tests the functionality and reliability of mobile apps. IoT lays special emphasis on the security aspect of testing.

The future of mobile application testing technology is filled with new avenues and filled with new innovations and possibilities. The upcoming technologies and processes are much more cost-effective and efficient. The utility and ease of users are the key principles that need to be focused on while the development of such testing patterns. It is desirable that the futuristic technologies for mobile testing will prioritize security and efficiency over trends.