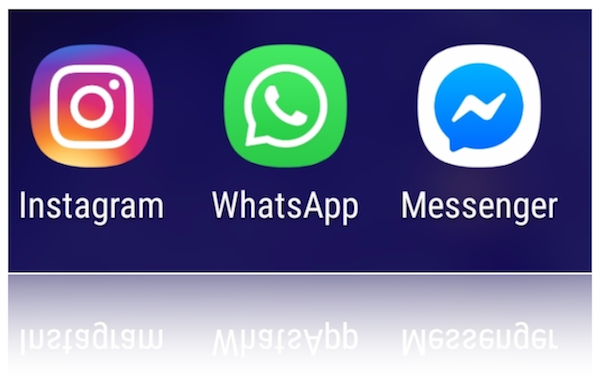 Currently, the three apps have no common core – making it impossible to send messages across the platforms.

The plan was first reported in the New York Times. Four people involved in the effort told the NYT that while the services will continue to operate as stand-alone apps, the “underlying technical infrastructure will be unified”. The basic software of the three apps will have to be reconfigured for the integration to work.

The project is expected to be completed by the end of this year or early 2020.

Facebook in a statement: “We want to build the best messaging experiences we can; and people want messaging to be fast, simple, reliable and private,”

“We’re working on making more of our messaging products end-to-end encrypted and considering ways to make it easier to reach friends and family across networks,” it added.

Matthew Green, a cryptography professor at Johns Hopkins University, was quoted by The Guardian as saying that the change “could be potentially be good or bad for security/privacy”.

“But given recent history and financial motivations of Facebook, I wouldn’t bet my lunch money on ‘good’. Now is a great time to start moving important conversations off those services,” he added.

Representative Ro Khanna, Democrat of California, went to Twitter to express concern about the change.

2/2 — Imagine how different the world would be if Facebook had to compete with Instagram and WhatsApp. That would have encouraged real competition that would have promoted privacy and benefited consumers.

BBC’s Chris Fox said that the integration would make Facebook’s suite of apps “a much tighter, interwoven collection of services.”

Adding: “That could make the key parts of Facebook’s empire more difficult to break up and spin off, if governments and regulators decide that is necessary.”