What are brown goods? Definition and examples 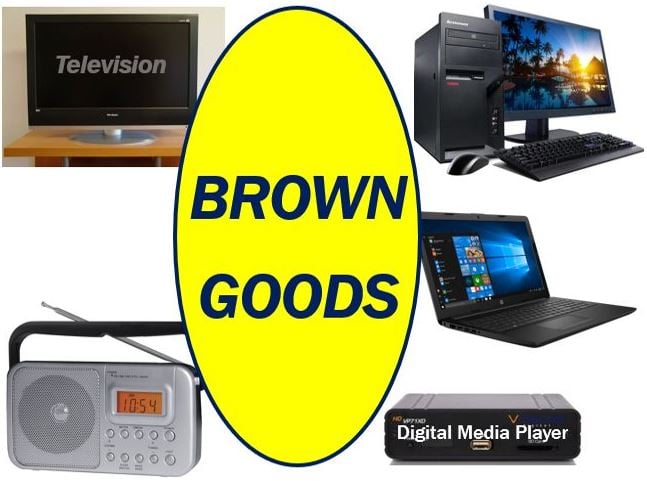 Brown Goods are relatively light electronic appliances such as computers, radios, audio equipment, and televisions. Digital media players and game consoles are also in the brown goods category. We sometimes refer to these products as consumer electronics or light consumer electronic durables.

Durable goods or durables are those that last a long time; they do not wear out quickly. Computers, for example, usually last several years. Durables contrast with non-durables or non-durable goods. Light bulbs, paper products, and food products are non-durables.

White goods are large household appliances such as freezers, refrigerators, washing machines, stoves (UK: cookers), and dishwashers. Tumble driers are also white goods. We find most of them in the kitchen. Many years ago, these products were available nearly exclusively in white; hence, the term.

Unlike brown goods, white goods are large and not portable, i.e., you cannot carry them. We can carry most brown goods, apart from some TVs and sound systems.

Both brown and white goods use electricity. They also make our lives easier, more comfortable, and help us do things more efficiently.

Both white and brown goods are gradually becoming more inter-networked. Networked goods gather and exchange data through the Internet. 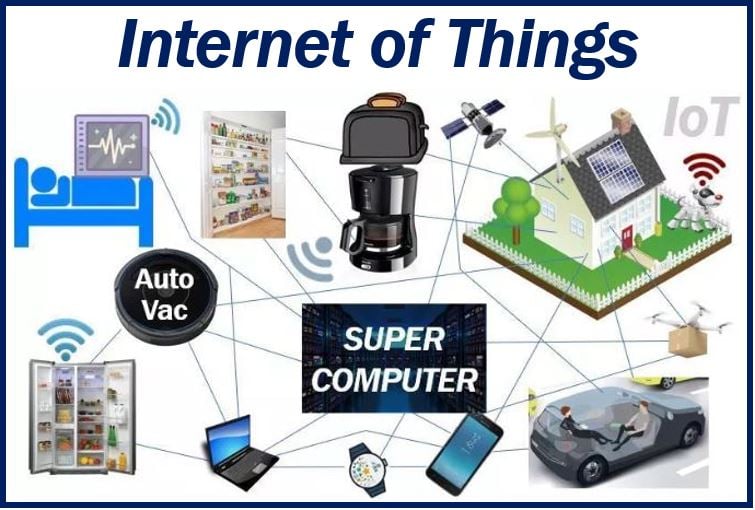 Most household goods will soon become part of the Internet of Things (IoT). The IoT is a global infrastructure for the information society. It enables the virtual and physical interconnection of ‘things.’

When, for example, a brown good is part of the Internet of Things, i.e., when it has Internet connection, we refer to it as a ‘Smart’ device.

Smart TVs, for example, are televisions with an Internet connection. You can watch YouTube videos and Netflix or Amazon Prime movies and series on a smart TV. A smart fridge also has an online connection.