What is capital appreciation? Definition and examples

Capital appreciation refers to an increase in the market value of an asset. This occurs when the market price for an asset is higher than what the investor originally paid for.

Capital appreciation can occur for a number of different reasons. It can sometimes occur passively – without the need for an investor to do anything. Broad macroeconomics factors, such as strong GDP growth, typically have an impact on the appreciation of a wide range of assets. Other, more specific factors, such as the growth of a certain industry, or better-than-expected quarterly results of a company, can boost the value of more specific asset classes.

For many investors, capital appreciation of assets is their ultimate goal for long term growth.

In stock valuation, capital appreciation typically refers to the growth in the principal amount invested. 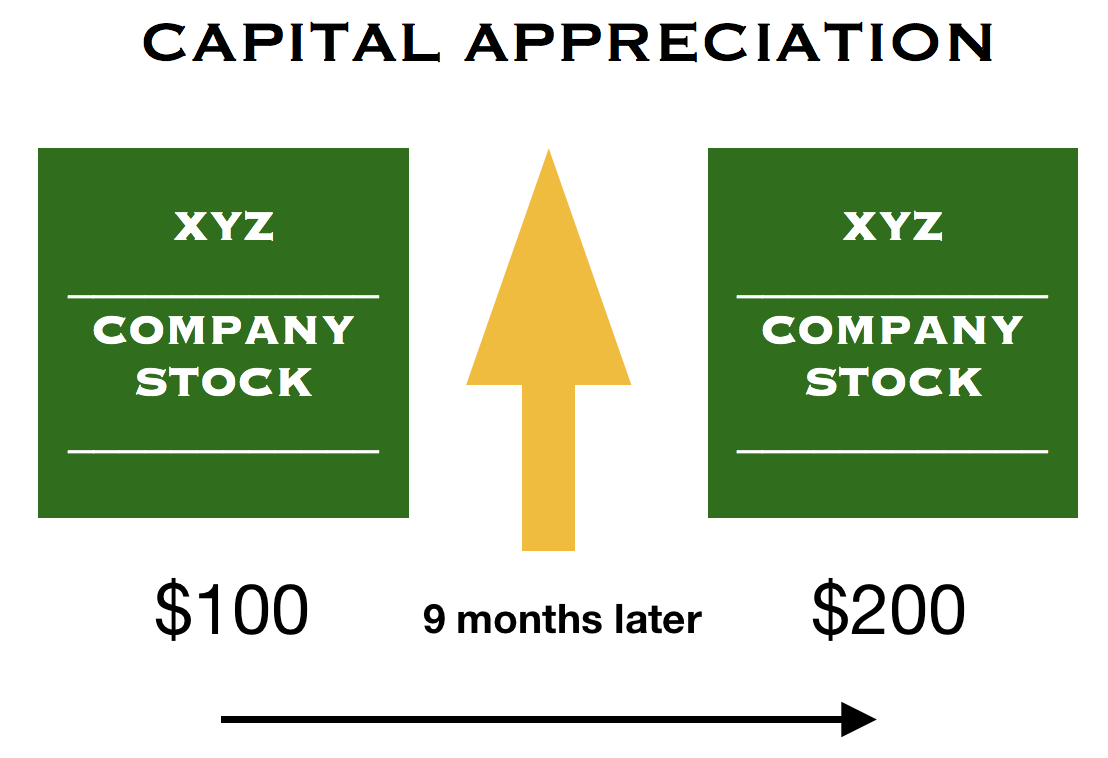 When you sell an asset its capital appreciation can be calculated using the following formula:

* This formula assumes that the sale price is higher than the purchase price. If an asset is sold for less than an investor originally paid then a capital loss is incurred.

Alice buys a house for $100,000. After buying the house, a new university and business hub open in the same town. The new developments have revitalized the area. Ten years later the house is worth $250,000. The capital appreciation of the investment is $150,000.