What is a chairman? What do they do?

Chairman is a general term for a person in charge of a meeting. It also refers to the head of the board of directors of a company. Some organizations prefer to use the term chair or chairperson. 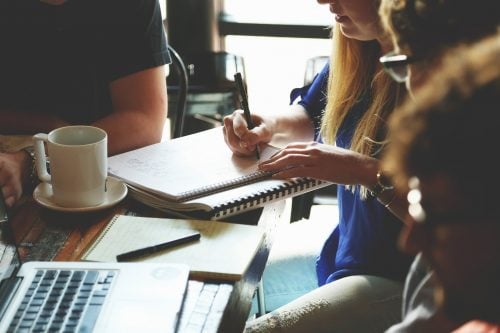 Even a meeting with a few people can benefit when one takes the lead. Image pixabay.

Merriam-Webster define chairman as “the presiding officer of a meeting, organization, committee, or event.” They also list chair, chairperson, and presider as equivalent terms.

The role of chairman in meetings

For a meeting to be effective it is helpful when someone takes the lead. Even in informal meetings. Just clarifying when the meeting starts and finishes, what the goal is, and who is taking notes, can make a difference. Whoever takes the role, is acting like a chairman.

In formal organizations or events, it is common practice for a chairman to run meetings in line with given rules. Their job is to prepare the agenda and invite participants to contribute. They also keep discussions on track and ensure that there is a clear record of decisions.

In their course on working in the voluntary sector, the Open University describe two styles of chairing: facilitative and traditional. The first is typical of formal meetings, while the second is for informal meetings.

In practice, however, a chairman will likely use some of each style. The culture of the organization may also be a factor.

Chairman of the board

The head of a company’s board of directors also carries the title of chairman. The directors, who represent the shareholders, elect one of their members to take the position.

Overseeing board meetings is an important chairmanship role. The job is to organize the agenda, ensure meetings stay on track, and attempt to reach consensus. If consensus is not feasible, then they try to reach decisions by majority vote.

A chairman can have significant influence over board votes. Depending on the corporate bylaws, they may also have a casting vote.

Usually, a Chief Executive Officer (CEO) runs the company and is a different person to the chairman. The board of directors appoint the CEO. Because the chairman often holds significant sway on the board, they can also influence the choice of CEO.

Some companies, however, choose to combine the roles of CEO and chairman. According to Investopedia, this “can reduce transparency and accountability due to fewer checks and balances.”

When looking for direction on how to run or take part in formal meetings, many turn to Robert’s Rules of Order.

Robert’s Rules consider “chairman” to be a gender-neutral term. Thus, following these rules, you would address the person in the role as Madam or Mr. Chairman, whichever is appropriate.

The argument against using the word chairman is that it makes us automatically think of a man.

Using the word chair, or chairperson, avoids such bias, says Robert Kelley, a professor of management at the Carnegie Mellon University Tepper School of Business in Pittsburgh, PA.

At the start of each course, Kelley draws his students’ attention to gender. He issues them with a guide on how to use non-sexist language. He argues that men and women have to work together to remove these biases and close the gender gap that still exists in the workplace.