What is a commuter?

A commuter is a person who travels between home and work on a regular basis. Suburban residents who use public or private transport to reach workplaces in the city are commuters. 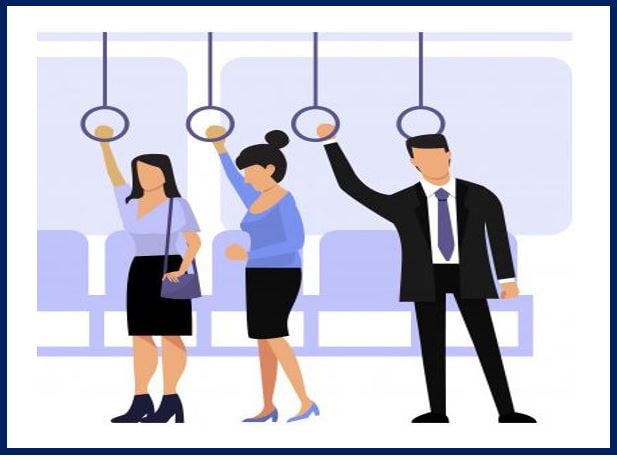 According to Merriam Webster’s Dictionary, the word comes from a meaning of “commute” that denotes regular back and forth travel.

The term also operates as an adjective. For instance, a commuter train is a train that mainly carries commuters. Commuter traffic refers to road vehicles containing people going to and from work.

A small airline that carries passengers for short trips is also a commuter. However, this article focuses on people who travel between home and work.

The term commuter comes from another meaning of commute that signifies to lessen the severity of a penalty.

A 2007 The New Yorker article on commuting suggests that people began to use the word in the United States in the mid-1800s.

At that time, Americans started describing railway users who journeyed from homes in the new suburbs to work in cities as commuters. Those cities included Boston, Chicago, New York, and Philadelphia.

Because the journeys were frequent and regular, the railway companies commuted the fares. In other words, they offered them at a discount.

Historians and scientists who study cities suggest that commuting is a key factor in urbanization.

In the mid-1990s, Italian physicist Cesare Marchetti proposed that workers are willing to commute for around 0.5 hours to work.

“Personal travel,” wrote Marchetti, “appears to be more under the control of basic instincts than of economic drives.”

Since then, urban planning students, such as Jonathan English, have referred to the 0.5 hours as Marchetti Constant.

In his 2019 article for Bloomberg Media magazine CityLab, English explains how the principle that Marchetti describes has influenced urban development.

“From ancient Rome to modern Atlanta,” he notes, “the shape of cities has been defined by the technologies that allow commuters to get to work in about 30 minutes.”

For many people, however, a 30-minute commute is no more than a distant dream. In Beijing, China, for instance, hundreds of thousands of white collar workers commute for an average of 6 hours a day.

Spending so much of daily life commuting alters people. This idea comes from David Bissell, associate professor in the School of Geography at the University of Melbourne in Australia.

“[R]ather than passively transporting us, commuting journeys and transport systems are actively changing us,” he writes in a 2018 article on the World Economic Forum website.

“All the encounters we experience on our commutes,” Bissell remarks, “all the travelling environments we move through, impress on us and leave their mark.”

Bissell offers an alternative view to that which sees commuter travel as dead time. Instead, he suggests that it is transformative. He argues that commuting is neither negative nor positive, but “fundamentally indeterminate.”

“Commuting can tire, deplete and cost, but it can also enliven, excite and energize,” he concludes.