Computer-aided design or CAD refers to the use of computer software that supports the design process. The software helps us create, modify, analyze, and enhance a design. In other words, CAD is software that helps us design things.

Many people believe that computer-aided design refers just to drawings. In fact, it does not. CAD refers to any use of software to help in the design process. 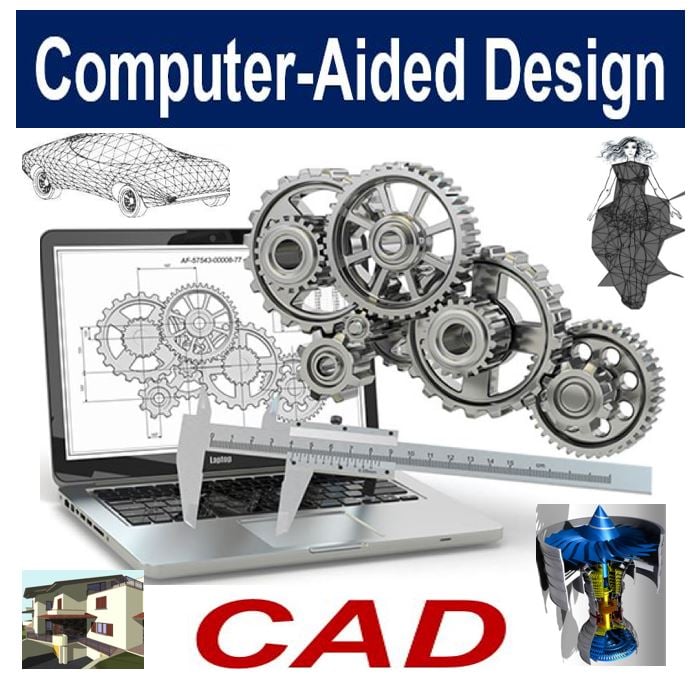 Computer-aided design makes designers’ work easier by enabling them to create, modify, and optimize designs. MIT’s Impact Labs says: “Indeed with CAD, you can create anything! OK, maybe not quite, but you can do a whole lot. It provides you with visualization capabilities that make it worth every effort you put into learning it.” (Image: impactlabs.mit.edu)

“Computer-aided design is the use of computer programs to create two- or three-dimensional graphical representations of physical objects.”

We can rotate the two- or three-dimensional diagrams. Therefore, we can view them from several different angles. In fact, we can see from the inside looking outward. Designers use a special plotter or printer for professional design renderings.

People use computer-aided design for circuit design. The software may use system blocks to identify which components you need. It can also lay out the circuit diagram.

People like CAD programs because they can change different design ideas rapidly and easily.

After designing something, we can build and test it virtually. In other words, we can determine whether it will work. Companies like this because it reduces the cost of modifying prototypes and purchasing parts. Therefore, they get more mileage out of each dollar they spend. 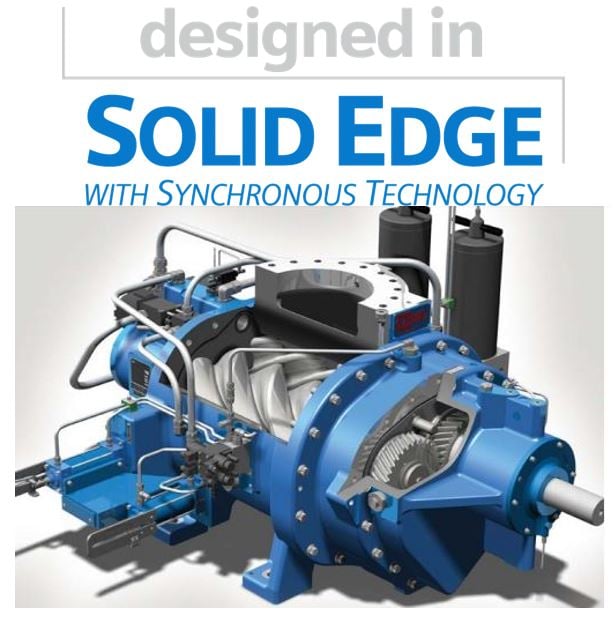 A rotary compressor, courtesy of the Ariel Corporation. Modeled and rendered in Solid Edge, a CAD program owned by Siemens. (Image: plm.automation.siemens.com)

Computer-aided design software today exists for all the major computer platforms. For example, they exist for Mac OS X, Unix, Windows, and Linux. The user interface typically centers around a mouse which we hold with our hand. Pens and digitizing graphic tablets are also available.

With some CAD systems, you can use stereoscopic glasses to view three-dimensional models.

“Most U.S. universities no longer require classes for producing hand drawings using protractors and compasses. Instead, there are many classes and different types of CAD software.”

– Better Visualization: of the finished product, sub-assemblies, and component parts of a CAD system significantly speeds up the design process.

Autodesk Inventor, one of the top-ten CAD programs on the market today. It enables designers to create animations, snapshots and exploded videos with a timeline-based story panel to manage it all. (Image: autodesk.co.uk)

There are many kinds of CAD, covering a vast range of uses. However, in each case, the design of their virtual components requires a different approach.

At the lower end of the 2D systems, there are several free and open source systems. In other words, there are many freely-available programs which we may modify and redistribute.

These programs provide an approach to drawing without all the intricacies regarding scale and placement on the drawing sheet that hand drafting requires. During the creation of the final draft, the designer can make adjustments.

3D Wireframe is an extension of 2D drafting. The designer must manually insert each line into the drawing. The finished product has no mass properties associated with it. For example, it is not possible to add features, such as holes, directly to it.

The 3D Wireframe model is an edge or skeletal representation of a real-life object. Models consist of lines, points, arcs, circles, and other curves that define the center lines or edges of objects.

With 3D ‘Dumb’ Solids, the designer creates things in a way similar to manipulations of real world objects. You can add cylinders, prisms, spheres, and other basic 3D geometric forms to the design. You can also take them away as if you were cutting or assembling real-world objects.

Designers can also generate 2D projected views from the models. 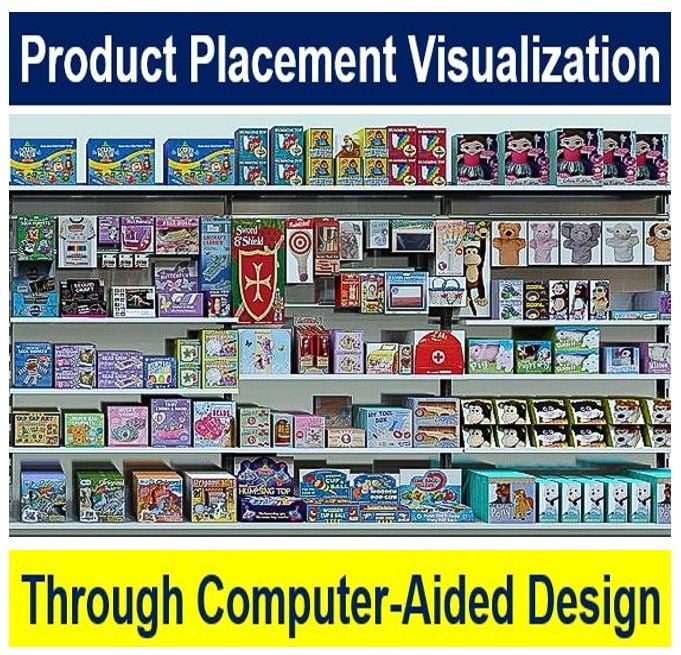 With a computer-aided design program, you can visualize where to place goods on the shelves of supermarkets and other stores. You can move them around and even look at them from different angles.

Ivan Sutherland, of MIT’s Lincoln Laboratory, designed the sketchpad in 1960. Sutherland demonstrated the basic principles and feasibility of technical drawing using a computer.

Even so, with these early systems, it was easier to modify and revise one’s work. Initially, these systems were extremely expensive. Therefore, only large and rich companies had them.

However, over time, CAD software and hardware became more affordable for medium-sized firms. ‘Affordable’ means ‘within most consumers’ budgets.’ In this case, the consumers are firms.

The use of the mathematical model NURBS in computer graphics for generating and representing curves and surfaces emerged in 1989 on Silicon Graphics workstations. NURBS stands for Non-Uniform Rational Basis Spline.

CADs based on parametric engines

In 1989, T-Flex introduced CADs based on parametric engines. With parametric modeling, parameters define the model.

If you change dimension values in one place, changes automatically occur in other dimensions. They change to preserve how all the elements in the design relate to one another.

MCAD (mechanical computer aided-design) systems introduced the concept of constraints that enable the designer to define relations between different components in the assembly.

Designers began to use a bottom-up approach. In other words, when parts are first created and then assembled.

People use CAD systems extensively today. In fact, we use them across all industries.These systems once only worked in expensive workstations using UNIX operating systems. However, today they are available off-the-shelf for use in PCs, laptops, tablets, and smartphones.

Three-dimensional modeling is the norm today. In fact, it even exists in applications for the general public. Examples include three-dimensional buildings modeling in Google Maps, garden planning, and interior design.

For employees in many industries, CAD is an integral part of the work they do. In fact, some of them would not be able to function in our current business environment without CAD systems.

“Such ubiquity across a vast array of industries ensures the longevity and necessity of CAD software in today’s technology-driven world.”

Video – What is CAD?

If you ask people randomly what CAD stands for, very few will answer with ‘computer-aided design.’ This video explains how 3-D computer design helps people tackle problems from all angles.