Consolidation in business can mean combining separate companies. For example, combining product lines or functional areas into one. It is a type of merger, but in this case, we create a new legal entity.

For example, in 1996, two Swiss pharmaceutical companies – Sandoz and Ciba-Geigy – merged. They became Novartis, which was a new legal entity.

Consolidation has many meanings, depending on the situation. Below are some examples:

In some markets, consolidation refers to the process of maturation. In other words, large companies acquire smaller ones while others run out of business. Subsequently, only a few major companies are left. We call this process a ‘shakeout.’

Market saturation occurs when there too much supply in an industry. The oversupply triggers a wave of mergers, acquisition, and bankruptcies.

Consolidation occurs when a company reduces the number of outstanding shares. It does this by combining a specific number of low-value shares into a higher-value one.

In fact, it is fundamentally the same as a reverse stock split.

In business, the verb ‘to consolidate’ can mean to strengthen a company’s position.

In accounting, to consolidate means to show the financial results of a group of firms. Specifically, to show them in one set of figures, instead of showing each one separately.

For example: “When a group of companies shares several economic values, it may become necessary to consolidate group accounts.” 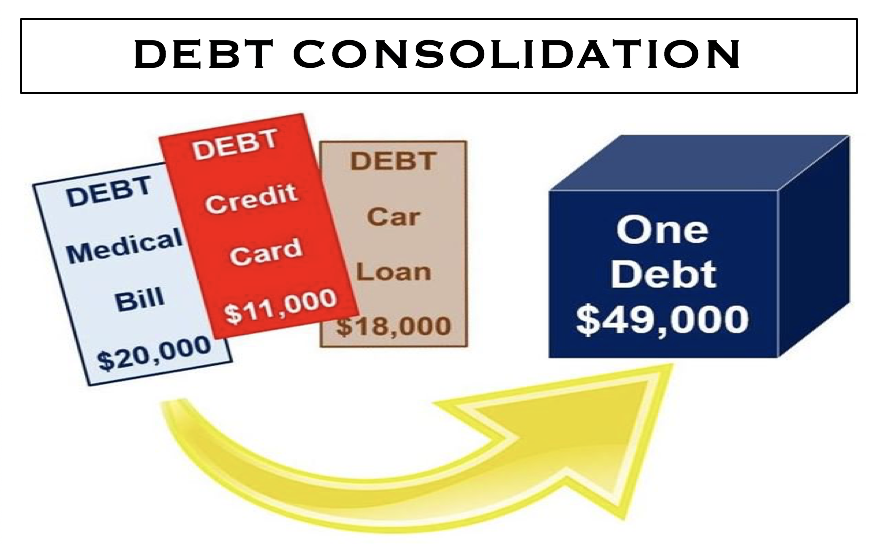 In the transportation of goods, consolidation may mean putting different items together in one container. For example: “Our shipment will be consolidated with those of other customers and shipped in a container.”

In medicine, the term refers to the solidification of cells or other matter in the body into a firm, dense mass.

For example, scientists commonly use the term when talking about lung tissue. Specifically, when the tissue alters from an aerated condition to one of solid consistency.

This type of loan is popular with people who have many different debts. It means to combine them all into one loan.

In most cases, the total monthly repayments are lower than paying back each debt individually.

In accountancy, it means to combine all the reports of affiliated companies into one. The parent company owns at least eighty percent of each affiliate.

European telecommunications is a market in consolidation. Many household names jostle for position. In fact, even upstart brands are grabbing market share from grand old industrial empires.