Investor Words has the following definition of the term: 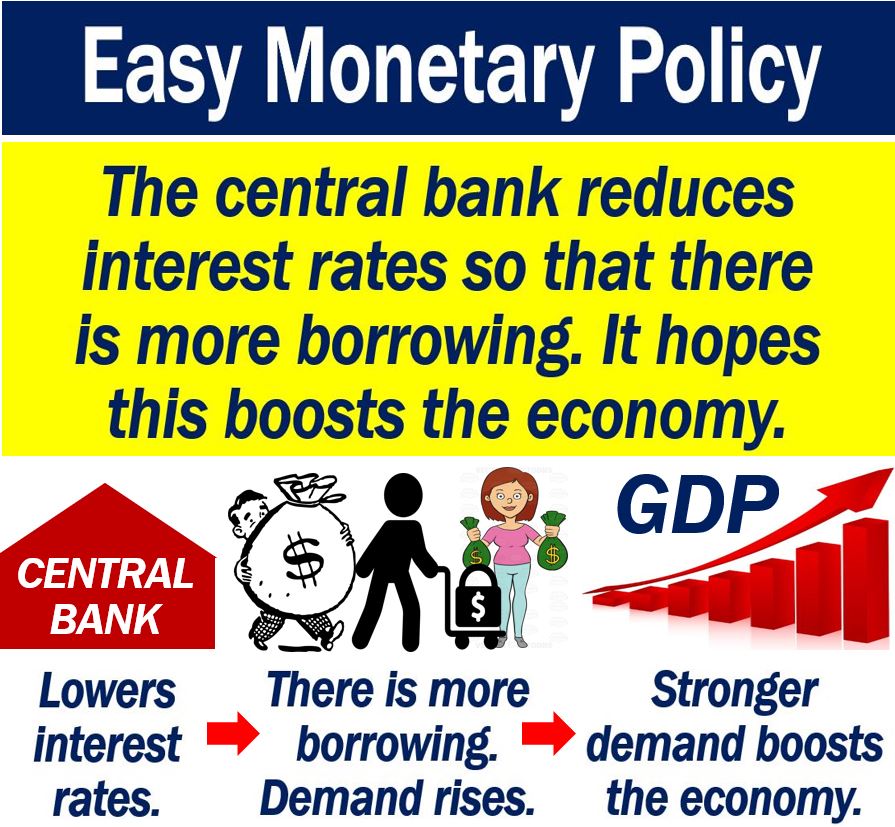 After the 2007/8 Global Financial Crisis, most central banks adopted an easy monetary policy. National economies had ground to a halt, and it was necessary to kick-start them.

However, if easy monetary policy continues for too long, it can lead to high inflation.

Prices go up and down according to market forces.

Market forces are the forces of supply and demand. In a free market economy, when demand rises faster than supply, prices go up. When demand declines or supply rises, prices fall.

They want to boost the economy but need to prevent it from overheating. So, when prices start rising too rapidly, they raise interest rates.

The Free Dictionary says the following regarding central banks and easy monetary policy:

“The immediate result of cheap money is a boost in stock prices; in the medium term, cheap money promotes economic growth.”

“However, if cheap money remains in the economy for too long, it can lead to a situation in which there is a glut of currency or too many dollars chasing too few goods and services leading to inflation.”

Many critics say that to try to boost the economy artificially is harmful over the long-term. All it really achieves, they argue, is high inflation and long-term economic problems.

A study that S.P. Kothari carried out found that lower interest rates do little to stimulate corporate investment.

Kothari, from the MIT Sloan School of Management, looked at the growth rate of aggregated fixed investment by companies in the US from 1952 to 2010.