What is an economic crisis? Definition and examples

GDP stands for Gross Domestic Product. GDP is the sum of everything a country produces over a specific period.

When an economic crisis is devastating, there is a depression. When it is serious, but not as devastating, it is a recession. Recessions and depressions are similar. In both cases, the economy declines, and unemployment rises. However, a depression is more severe and usually longer-lasting.

“A situation in which the economy of a country experiences a sudden downturn brought on by a financial crisis.”

“An economy facing an economic crisis will most likely experience a falling GDP, a drying up of liquidity and rising/falling prices due to inflation/deflation.” 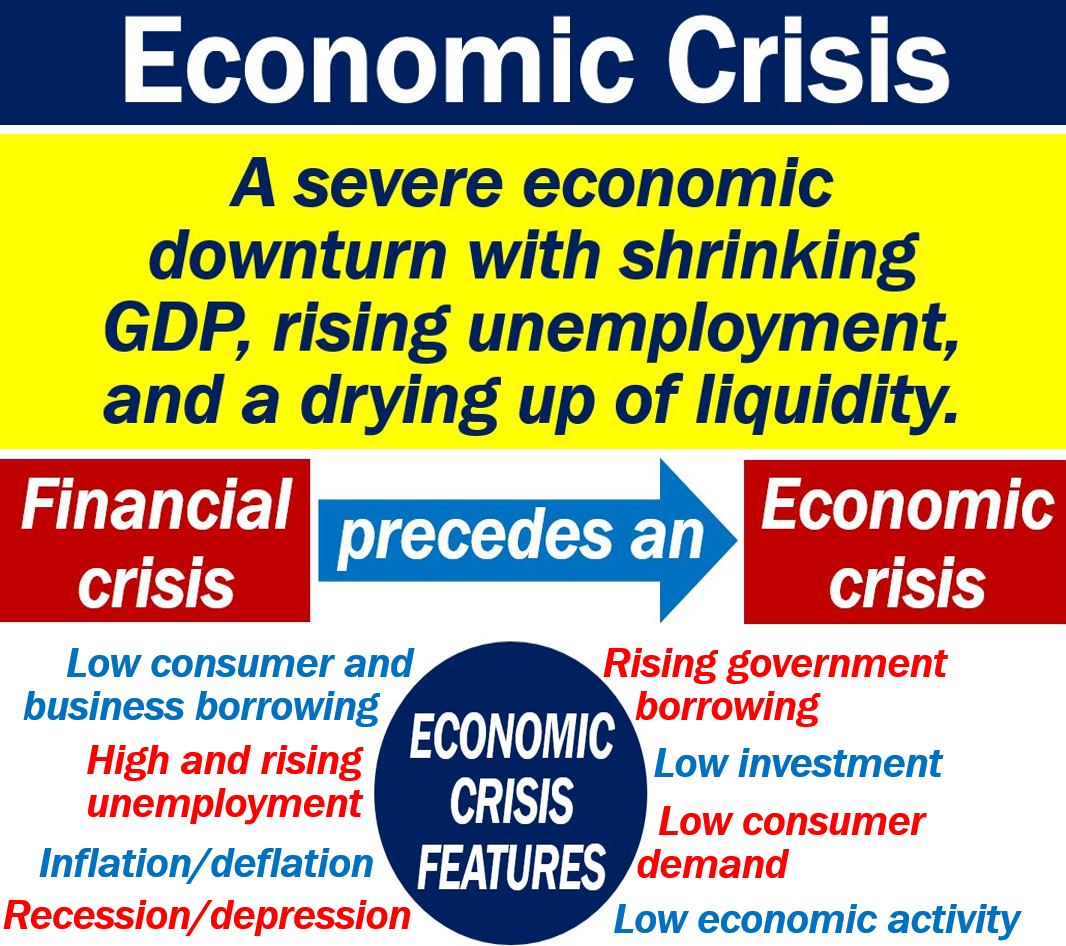 Economists say that a recession is a normal phase of the business cycle. If we can manage the downturn properly, however, we can prevent it from becoming an economic crisis or depression.

We often see the terms economic crisis and financial crisis in history books, newspapers, and business journals. Although the two terms have similar meanings, they are not the same.

If a country’s major bank collapses, this is a financial crisis, especially if other banks also start crashing. It is also a financial crisis if a significant number of borrowers default on their debts (fail to pay back what they borrowed).

If these problems continue, the problem will start influencing macroeconomic conditions. Macroeconomics refers to things that span the whole economy, such as GDP growth, unemployment, and inflation. A significant rise in interest rates is also a macroeconomic issue.

Unlike a financial crisis, which is limited to one sector, an economic crisis affects the whole economy. Unemployment rises, GDP stops growing or shrinks, and many other things go wrong.

Put simply; if the authorities and those responsible do not address a financial crisis properly, it can turn into an economic crisis.