What is the environment? Definition and examples

The environment includes the conditions or surroundings in which any organism lives. An organism is a life form, such as a bacterium, fungus, plant, or animal. Human beings, for example, are organisms. 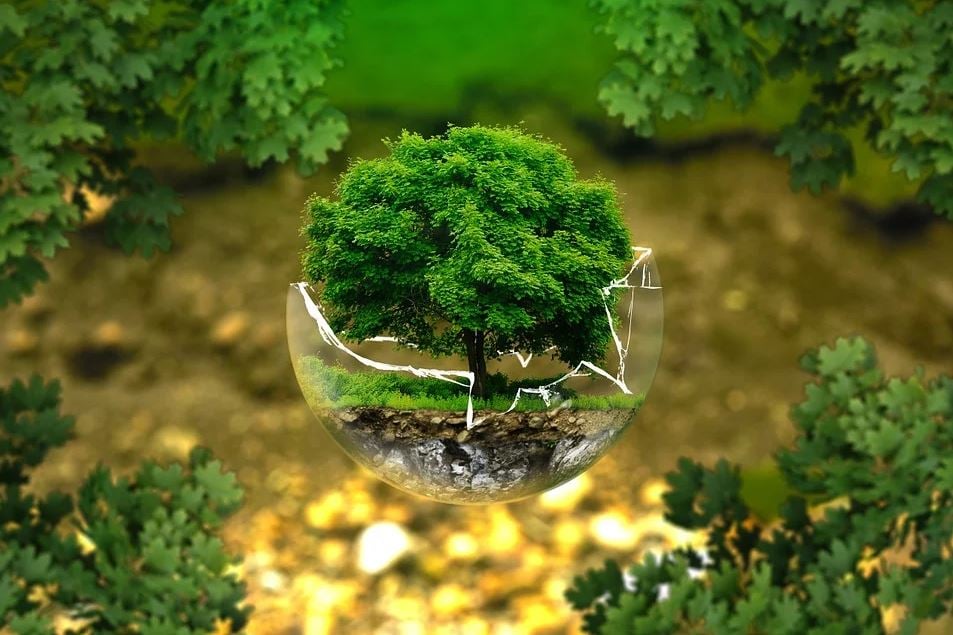 The environment, as far as humans are concerned, is our natural world, including, for example, the atmosphere, land, vegetation, oceans, rivers, and lakes. Put simply, the term refers to all the physical surroundings on our planet.

The non-living part consists of:

There is a layer of oxygen, nitrogen, carbon dioxide, and other gases that surround the Earth which we call the atmosphere, i.e., the air.

This part includes all the bodies of water on our planet such as the oceans, rivers, lakes, and polar ice. It also includes clouds and water in the air.

We refer to the surface of the Earth, i.e., rocks and soil, as the lithosphere. It is the outer layer of the Earth’s upper mantle.

The non-living parts of the environment are crucial for the survival of all organisms.

The living part of the environment

We call the environment’s living part the biosphere. It includes all the world’s ecosystems. It is Earth’s living layer, where life exists.

National Geographic has the following definition of the biosphere:

“The biosphere is made up of the parts of Earth where life exists. The biosphere extends from the deepest root systems of trees to the dark environment of ocean trenches, to lush rain forests and high mountaintops.”

In every part of the non-living environment, i.e., the atmosphere, hydrosphere, and lithosphere, there is life. In other words, the biosphere is in the air, water, and land.

During the twentieth century, scientists became increasingly concerned about the way humans affected the environment. Over the past few decades, lay people have also become concerned.

According to many studies, we are polluting the atmosphere, hydrosphere, and lithosphere at an alarming rate. Human activity is causing our planet to warm up. We refer to this as global warming. If we don’t take drastic action, many coastal areas across the world will be under water by the end of this century.

National Geographic says the following about how we impact the environment:

“These negative impacts can affect human behavior and can prompt mass migrations or battles over clean water.”

What does environmentally friendly mean?

Some companies use the term when promoting their goods or services. We refer to the overuse of the term in marketing as greenwashing.

Etymology is the study of where words came from and how their meanings have evolved over time.

The term environment first appeared in the English language in the early 1600s. It meant “state of being environed.” It is derived from the French word “Environ,” meaning “surrounding.”

By 1827, it meant “the aggregate of the conditions in which a person or thing lives.” It was not until 1956 that we started using it in its current specialized ecology sense (protecting our atmosphere, oceans, and land).