What is (an) expenditure? Definition and examples

Expenditure is money spent. It is the action of spending money, as in: “Government expenditure of taxpayers’ money increased significantly last year.”. Anything a person, company, organization, government, or other entity spends on goods, services, or to reduce a debt is expenditure.

In business, for example, the term refers to the money a company uses to obtain new assets, maintain or improve current ones, or reduce debt, i.e., reduce a liability. Put simply, it means using a resource for business operations.

My Accounting Course has the following definition of the term:

“These are payments of currency or barter credits for necessary inputs (goods or services). This could be anything from purchases equipment to hiring employees.”

“Obligatory settlements or payment of liabilities such as invoices, receipts, and vouchers can also be considered expenditures.”

We can also use the term when talking about time or effort used, as in: “The expenditure of time and effort on that project was huge.”

Money that businesses and other organizations keep on the premises for expenditure on small or miscellaneous items is called petty cash.

When a business buys an asset which has a useful life of at least one year, i.e., a non-current asset, we class that spending as a capital expenditure.

Most money spent to expand a business or purchase a new asset that will boost income over the long term are types of expenditure.

Regarding the acquisition of this type of asset, the Corporate Finance Institute wrote:

“Such an asset, therefore, requires a substantial amount of initial investment and continuous maintenance after that to keep it fully functional.”

“As a result, many companies often finance the project using either debt financing or equity financing.”

When a business spends money or invests in something with a short-term benefit, we class it as a revenue expenditure. In this context, short-term refers to less than 12 months.

In most cases, this type of spending is for financing the company’s day-to-day or ongoing operations. While the spending takes place, we call them operating expenses.

Fiscal policy refers to government expenditure and income. In other words, how much it spends, borrows, and taxes its people and businesses. When GDP growth is sluggish, government spending may rise to kick-start the economy. GDP stands for Gross Domestic Product.

In a previous Market Business News article about fiscal policy, we wrote:

“Through fiscal policy, governments attempt to bring down unemployment and stabilize business cycles. Additionally, in times of recession, they adjust their policy to kick-start the economy.”

Someone who believes that fiscal policy is crucial in economic regulation is a fiscalist.

Monetary policy, on the other hand, includes a central bank’s decisions to manage the money supply to control inflation, and make sure the economy thrives. 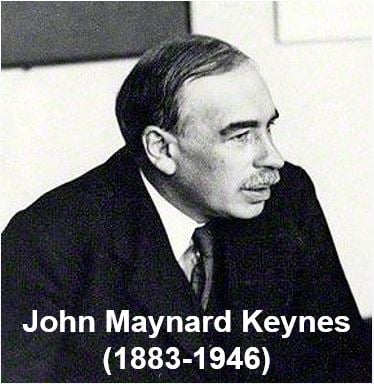 People who believe governments can and should trigger economic growth by spending more, specifically during a recession, are known as followers of Keynesian Economics.

Etymology is the study of the origin of words, phrases, and expressions, and how their meanings evolved over time.

The term expenditure first appeared in the English language in 1769, with the meaning “act of expending.” It came from the Medieval Latin word “Edpenditus,” the past participle of “Expendere,” which means “to pay out, to weigh out.” In 1791, the term also began to mean “that which is expended.”