What is footfall? Definition and examples

The term footfall has two meanings:

Footfall is also the title of a science fiction novel that Larry Niven and Jerry Pournelle published in 1985. It is about the Fithp, an alien species that visits our planet from the star system Alpha Centauri.

This article focuses on the meaning of the term when talking about the retail business.

Ipsos Retail Performance says the following about the term:

“We define footfall – also known as People Counting, Shopper Counting or Traffic — as the measurement of the number of people entering a shop or shopping mall.”

“By counting how many people enter your shop, we can determine other key metrics which are crucial for survival in today’s retail climate – such as Conversion Rates and ATV (Average Value Transaction).”

According to Dictionary.com, the term first appeared in the English language in the early 1600s (sound of footsteps). It wasn’t until the 20th century that it acquired its current commercial meaning.

Foot traffic also refers to the number of people walking in or into a specific area. Some dictionaries say that Americans use foot traffic while the UK and Ireland use footfall. However, I have seen many American publications use footfall, especially over the last ten years.

Footfall is an important indicator of how effectively a business’ brand and marketing are attracting consumers.

All retail businesses want to increase the number of people who come into their shops. However, a high footfall does not necessarily guarantee strong sales or profits.

Imagine two rival stores, Shop A and Shop B. They are both about the same size and sell the same type of goods. Shop A receives 1,400 consumers each day while Shop B only gets 700. Which store is more successful commercially? We don’t know – we need more data. 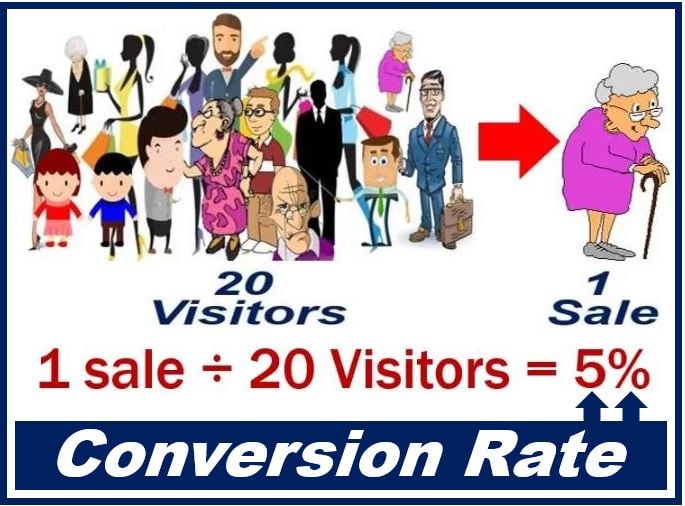 What matters much more than footfall is a business’ conversion rate, i.e., the percentage of visitors who buy something. Shop B has a much better conversion rate than its rival.

For owners of e-commerce websites, conversion rate refers to the percentage of online visitors who become paying customers.

A traveling salesperson who achieves an average of one sale for every four presentations has a conversion rate of one-in-four, ¼, or 25%.

For investors, footfall is a useful metric. It tells them whether a retailer is growing, standing still, or declining. It is also an indicator of how good a business is at converting visitors into sales.

“Trends in footfall do tell investors something useful. They may be an indicator of growth and help investors understand why a retailer’s sales growth (or decline) is happening.”

A retailer can also boost sales if it manages to get each buyer to spend more. The average shopper may spend more if the store improves its sales mix, i.e., increases the range of goods on offer, or raises prices.

Since the advent of the Internet and e-commerce, high street and shopping mall footfall have been declining steadily. Companies such as Amazon and other online businesses have been grabbing an increasingly larger slice of the ‘retail cake.’