What is gold? Is gold a good investment?

Gold is one of the most valuable precious metals that exists. It is a malleable transition metal, well known for its bright yellow color. Its chemical symbol is Au and its atomic number is 79. It is commonly used to make coins, as well as being utilized in art and in jewelry.

Off all metals, it is the most malleable. Malleable means we can easily hammer or press it into different shapes without breaking or cracking it.

However, we also purchase this precious metal as an investment too. It is important to remember that the investment, like any other, is speculative. In other words, prices can go down as well as up.

“Investors in gold should increasingly view the asset as a speculative investment rather than a haven in time of crisis.”

Gold was once used in a monetary policy called ‘the gold standard.’ People based every economic unit of account on a certain amount of the precious metal. Funerary mask of Egyptian pharaoh Tutankhamun (ruled 1332–1323 BC). Humans have been using precious metals for many thousands of years. (Image: Wikimedia)

However, as of 2012 no countries use a gold standard as the basis of their monetary system.

We determine the value the precious metal by its rarity and qualities that other metals do not have. For example, it is non-reactive, non-corrosive, and easy for smelting.

Even though most countries today have a floating exchange rate, most hold vast reserves of the precious metal.

For example, imagine  one day there were a catastrophe in the UK and the British Pound collapsed. The country’s gold reserves would still be valuable..

We currently trade precious metals in liquid markets. They serve as a store of wealth and an investment. 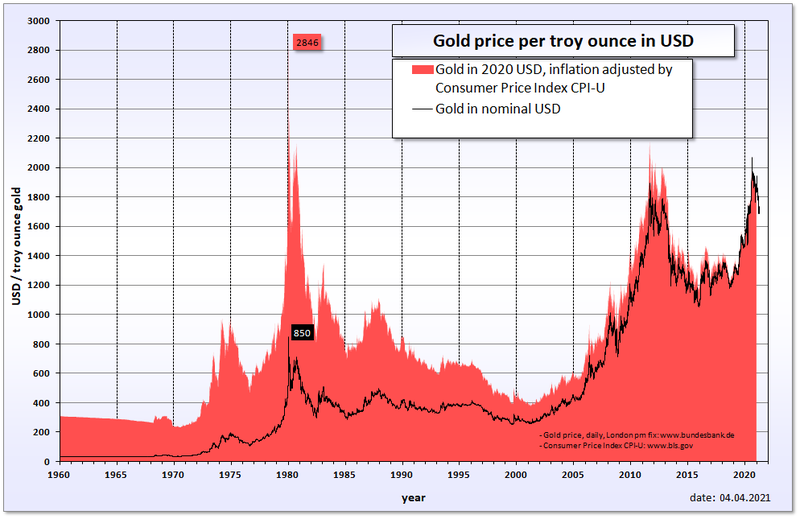 Gold is one of the most common precious metals bought as an investment. Investors typically buy it to protect themselves from fiat currency crises. If you want to diversify your portfolio then adding gold to the mix may be a good idea.

Fiat currencies usually go down in value following: market failures, inflation, war, and increasing national debt. A fiat currency is a currency that the government declares as legal tender, it has no intrinsic value.

Gold is based on fear and security, according to some financial experts. Warren Buffet once said:

“The major asset in this category is gold, currently a huge favorite of investors who fear almost all other assets, especially paper money (of whose value, as noted, they are right to be fearful). Gold, however, has two significant shortcomings, being neither of much use nor procreative.”

“True, gold has some industrial and decorative utility, but the demand for these purposes is both limited and incapable of soaking up new production. Meanwhile, if you own one ounce of gold for an eternity, you will still own one ounce at its end.”

The price of gold is announced twice each business day by the five members of The London Gold Market Fixing Ltd.

Supply and demand determine the price of every commodity.

However, according to the World Gold Council, changes in demand primarily determine the precious metal’s price. Supply, however, is not a major determining factor because supply is limited.

There are currently 174,100 metric tonnes of stocks in existence above ground.

Central banks – central banks and the International Monetary Fund contribute towards setting gold prices. In fact, central bank gold reserves account for about 19% of all the precious metal that exists above ground.

Monetary decisions that central banks make also influence the price of the precious metal. For example, if interest rates go up, so does the price of gold.

In addition to looking at macroeconomic factors, people can use technical strategies when deciding to invest in gold.

The video below provides an explanation of the trends in demand for the precious metal.