What is infrastructure? Definition and examples

Infrastructure refers to the basic systems and services that a country or organization needs in order to function properly. For a whole nation, it includes all the physical systems such as the road and railway networks, utilities, sewage, water, telephone lines and cell towers, air control towers, bridges, etc., plus services including law enforcement, emergency services, healthcare, education, etc.

These infrastructure systems, which require large initial investments, are essential for enabling productivity in an economy. Most projects are either completely funded by the government or heavily subsidized.

According to Finances Rule, is a term that engineers, urban and country planners, and policy makers use to describe the essential facilities, services, and organization structures for all cities and communities. 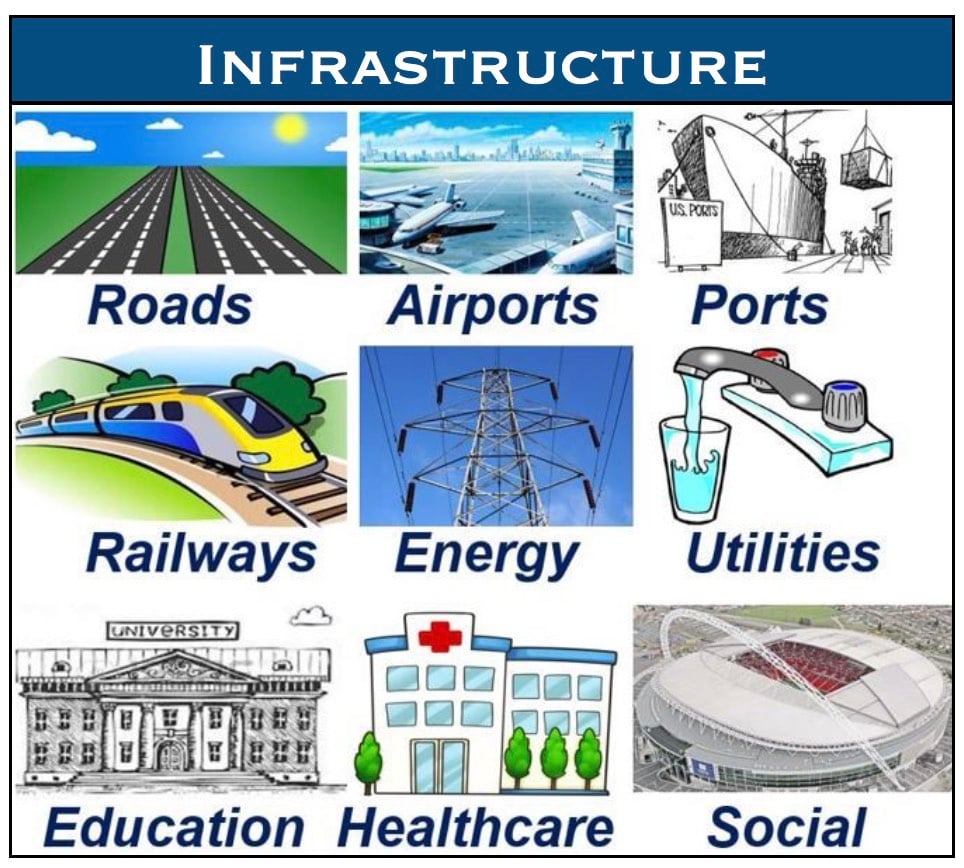 Without infrastructure – all those things our economy requires to function and that we take for granted – society as we know it would not exist.

The prefix infra- means ‘below’, and often these elements are, in fact, underground, like natural gas and water supply systems.

In current environments, infrastructure refers to any facility we expect but do not think about – we take it for granted – because it works for us in the background. 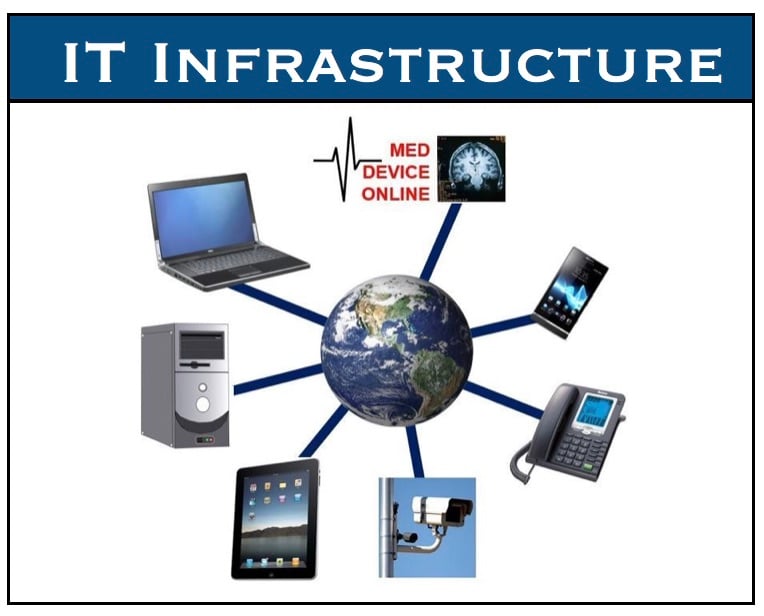 The term became popular in the USA in the 1980s following the publication of America in Ruins, written by Pat Choate and Susan Walter. The book triggered a public-policy discussion of the country’s ‘infrastructure crisis’, claimed to be the result of several decades of inadequate investment and poor maintenance of public works.

What exactly does infrastructure mean?

Choate’s and Walter’s publication triggered crisis discussions and the increase in infrastructure asset management and maintenance planning in the United States.

However, public-policy discussions had one glaring obstacle – there was not a precise definition for the term.

In a paper – Infrastructure for the 21st Century – the US National Research Council sought to clarify the meaning of ‘public works infrastructure’ with the following comment:

“A comprehension of infrastructure spans not only these public works facilities, but also the operating procedures, management practices, and development policies that interact together with societal demand and the physical world to facilitate the transport of people and goods, provision of water for drinking and a variety of other uses, safe disposal of society’s waste products, provision of energy where it is needed, and transmission of information within and between communities.”

In Keynesian economics, the term ‘infrastructure’ referred only to public assets that facilitate production – it did not include private assets of the same purpose.

In post-Keynesian times, however, the term has become more and more popular. Its meaning has also widened, and today includes the internal framework in any technology system or business organization.

Hard Infrastructure refers to the large physical networks and facilities we need for a modern industrial nation to function, including bridges, roads, railways, power plants, etc.

Soft Infrastructure includes all the institutions we need to maintain the economy, health and cultural and social standards of a nation, such as the education, finance and health systems, law enforcement, emergency services, and the system of government.

In the military, infrastructure refers to all buildings and permanent installations required to support the armed forces, whether they are stationed at bases, or deployed/engaged in operations.

According to the US Department of Defence, military infrastructure is:

This World Economic Forum video explains that the world urbanizes at a rate of one million people per week – or a new New York city every two months. What infrastructure challenges does this create? Is there an ideal size for a city. What does this mean for businesses and governments?