What is Main Street? Definition and examples

Main Street (Main St.) is a generic term for the primary shopping street in a town or village. It is the most commercial street in the town, with many shops, banks, restaurants, the main post office, and other services.

In England and Wales, the most common term for a town’s most commercial street is High Street or Market Street. People in the Caribbean Islands say Front Street.

In the United States, the term may refer to the parochialism, mediocrity, and materialism regarded as typical features of small-town life.

We also use the term to describe the average working American, or alternatively, the middle working class.

The Cambridge Dictionary has the following meanings of the term:

“1. The street in a town with the most important stores and businesses. 2. People often use Main Street to talk about average Americans and the most typical things about American life.”

Main St., in a general sense, refers to a place of traditional values. From 1870 to 1930, social realists used the term to describe stifling conformity in a community.

Harry Sinclair Lewis (1885- 1951) wrote the book Main Street, which was a critique of small town life. Lewis was an American short-story writer, novelist, and playwright.

Disneyland in California and Walt Disney World Resort in Florida both have a Main St., USA. These areas, at the front of both parks, look like the commercial street of a small town, with gift shops, restaurants, and other services. 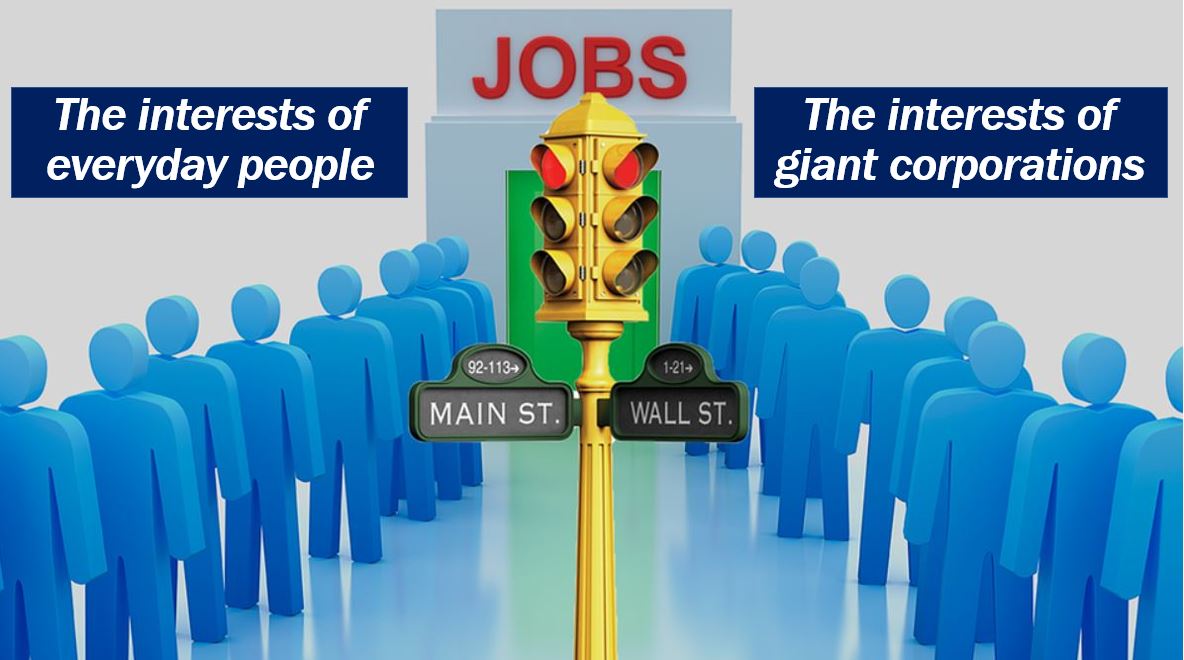 Later, during the 20th century, in North American media, the term began to represent the interests of small business owners and everyday people.

Today, it contrasts with Wall Street, which symbolizes the interests of large companies and wealthy business people. In Canada, people say Bay Street.

“Main Street Republicans, for example, see themselves as supporting those values as against urbane or “Wall Street” tendencies.”