What is a majority interest? Definition and example

Whoever has the majority interest has more power in that company than all the other stockholders combined. Stockholder means the same as shareholder.

In our article – What is A Majority Shareholder? – we wrote:

“An individual with a majority interest is usually the founder of the company, or a descendant of the founder if it is a long-established business. Controlling shareholders are more common in private companies than public companies.”

A public company is a company whose shares everybody can buy at a stock exchange. We can only buy private companies’ shares by negotiating directly with the shareholders or directors.

How do those with a majority interest manage a company?

How people, groups, or companies with a controling interest manage a company varies significantly. Some are actively involved in the business’ everyday activities. Others, on the other hand, chose a more hands-off approach. In other words, they leave its management to others.

Controling interest may be below 51%

It is not always that case that the person with a majority interest owns 51% or more of the shares.

Therefore, technically, it would be more accurate to say that to have a controling interest, the person must own at least 50% of all shares plus one share.

“A situation in which one person or organization owns more shares in a company than any other shareholder, and enough to be in control of the company.” 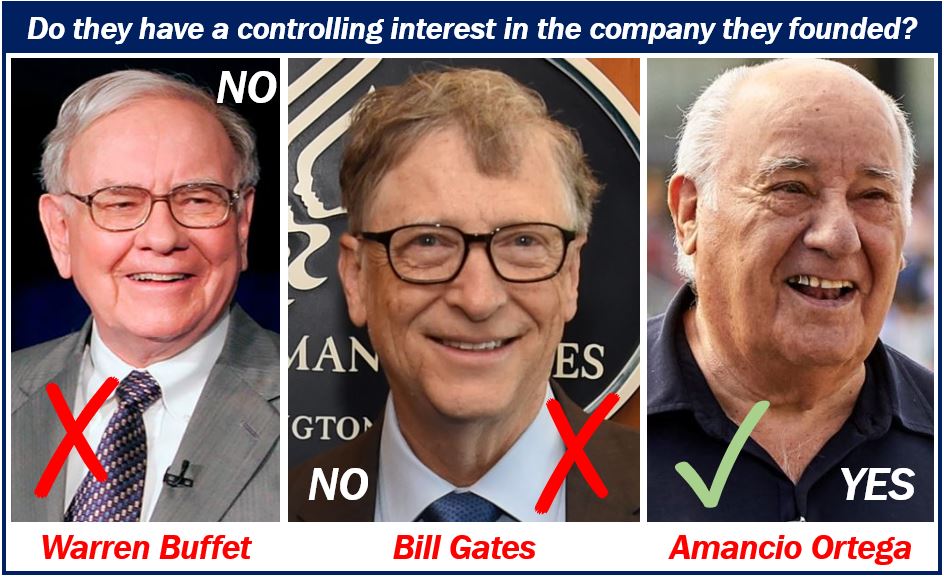 Most of the world’s wealthiest individuals no longer have a controling interest in the businesses they founded.

Warren Buffet, one of the world’s richest people, owns 32.4% of Berkshire Hathaways’ common stock. Therefore, he is not a majority shareholder.

Bill Gates, the second-richest person in the world, now owns just 1.3% of Microsoft, the company he founded. In 1996 he owned 24% of the company.