The term part-time describes workers who work fewer hours in the day or week than full-time workers. The term can also apply to work and jobs, as in “I work part-time” or “I have a part-time job.” 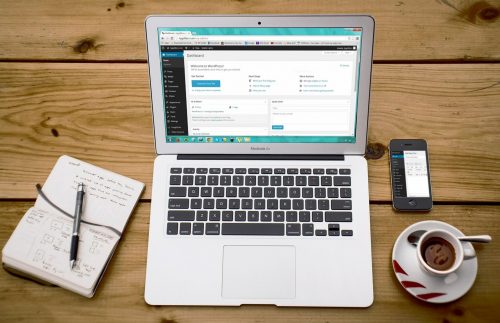 Web content writing is a job that can be done part-time. Image Kevin Phillips on Pixabay.

The number of hours in a full-time job varies among countries and also from employer to employer within countries. Because of this, there is no universal definition of how many hours make up part-time work, except in relation to full-time.

The government of the United Kingdom, for instance, define a part-time worker simply as “someone who works fewer hours than a full-time worker.”

In the U.K., full-time workers usually work 35 hours a week or more. This is generally the case in the United States also.

The International Labour Organization (ILO) also define the term in relation to full-time. According to the ILO, part-time workers are those “whose normal hours of work are less than those of comparable full-time workers.”

The ILO suggest that part-timers are comparable to full-timers when they:

A bit of history

Regulation of working time was one of the first concerns of labor legislation. By the early 1900s, governments had recognized that working excessive hours was a hazard to health.

The very first ILO Convention, C001, put a limit on working hours. It was adopted in 1919. As countries introduced legislation on working time, so a framework for regulated hours, rest periods, and annual holidays began to emerge.

Workers who choose to work fewer hours are not the same as those who are forced to do so, e.g., for economic reasons or because they cannot find a full-time job.

The U.S. government refers to the second case as “involuntary part-time” work.

The ILO also emphasize the distinction. They state that full-time workers who find themselves partially unemployed due to a “collective and temporary reduction in their normal hours of work for economic, technical or structural reasons, are not considered to be part-time workers.”

Specifying standards on part-time work is necessary to address issues such as promoting equality and job creation.

In the U.K., for example, it is against the law to discriminate against part-timers just because they do not work full-time. U.K. law requires that they receive equal treatment for:

Some people choose to work part-time to improve their work-life balance. Others may do so because their circumstances don’t permit them to work full-time. Reasons for this may include caring for aging relatives or young children.

Monster, the employment website, have a list of job types that might interest people looking to improve their work-life balance by going part-time. Here are some of them: