What is the past continuous tense? Definition and examples

The Past Continuous Tense or Interrupted Past describes a past action which was still in progress.

We often use this tense to express an incomplete or unfinished action in the past.

The Past Continuous is made from the past tense of the verb ‘be’ plus the gerund form (-ing) of the verb:

For example, if I say “I was working,” I am using the Past Continuous.

Here are some more examples:

When do we use the Past Continuous? 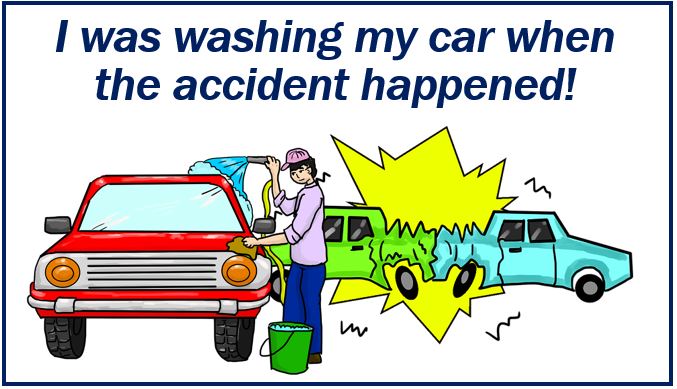 To provide a story in the past with background information. For example, imagine the main story is about the Wall Street Crash of 1929. I might say:

“I was washing my car and Mary was talking to a neighbor when Sam telephoned to tell me that stock prices had plummeted.” 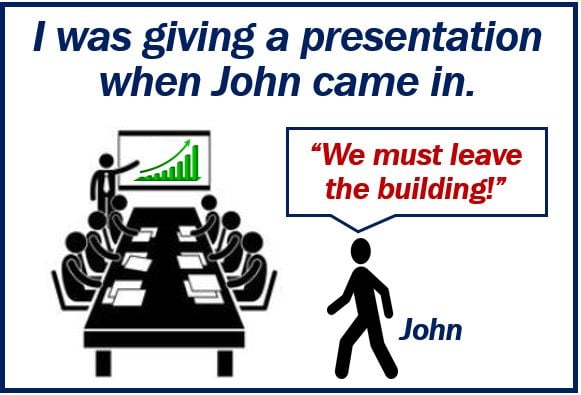 We also use this tense to describe an interrupted action. Specifically, one action that is interrupted by another action or event.

Look at this sentence:

“I was delivering a presentation when the earthquake struck.”

The earthquake interrupted the delivery of my presentation.

When somebody has changed their mind about something, they often express it using this tense. For example:

“We were going to invest the money in a new factory, but we’ve decided to give it to our shareholders.” 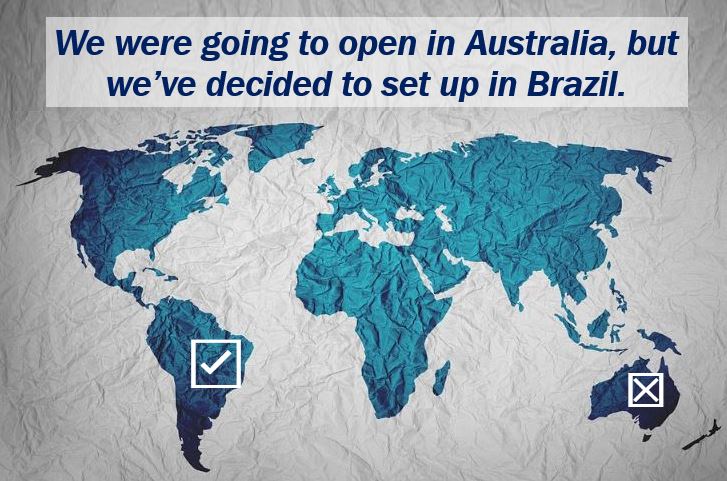 It is common to use this tense with the word ‘wondering’ when making a polite request.

For something that was happening at a specific time

Police officers use this tense when interrogating or questioning witnesses and suspects. Here are two examples:

“What were you doing at 10pm last night?”
“Were you standing across the street at 5.30pm?”

The Cambridge Dictionary has the following definition of the Past Continuous:

“The grammatical form used for an action that someone was doing or an event that was happening at a particular time. It is made with “was” or “were” and the -ing form of a verb.”

The Past Continuous cannot change a story

Only the Past Simple (I went, I saw, I spoke to…) can change a story, not the Past Continuous (I was going, I was speaking to…).

If, for example, a person in a story was in the office, it is impossible for him to leave the office using the Past Continuous. Even if I say “He was leaving….” He is still in the office.

The only way the writer can get him out of the office is with the Past Simple, as in: “He left the office.” Now the story has changed; he is now somewhere else.

It doesn’t tell us why something happened

The Past Continuous can never tell us why something occurred, but the Past Simple can. Look at these two sentences:

Sentence 1: “They were leaving when the boss shouted.”
Why were they leaving? We don’t know.