What is the prime rate? Definition and examples

The prime rate is the interest rate that US banks charge their most creditworthy – lowest risk – customers for loans. The rate is normally determined by the Federal Reserve System’s key rates and serves as benchmark for all commercial loan rates across the country.

According to the Fed, the prime rate – often called the base rate – is an interest rate that individual banks determine. It is frequently used as a reference rate for several types of loans to small companies as well as credit card loans, adjustable-rate mortgages (ARM), some private student loans, and home equity lines of credit with variable interest rates.

The Fed reports the prime rate posted by the twenty-five major US banks on its H.15 statistical release: ‘Selected Interest Rates’. 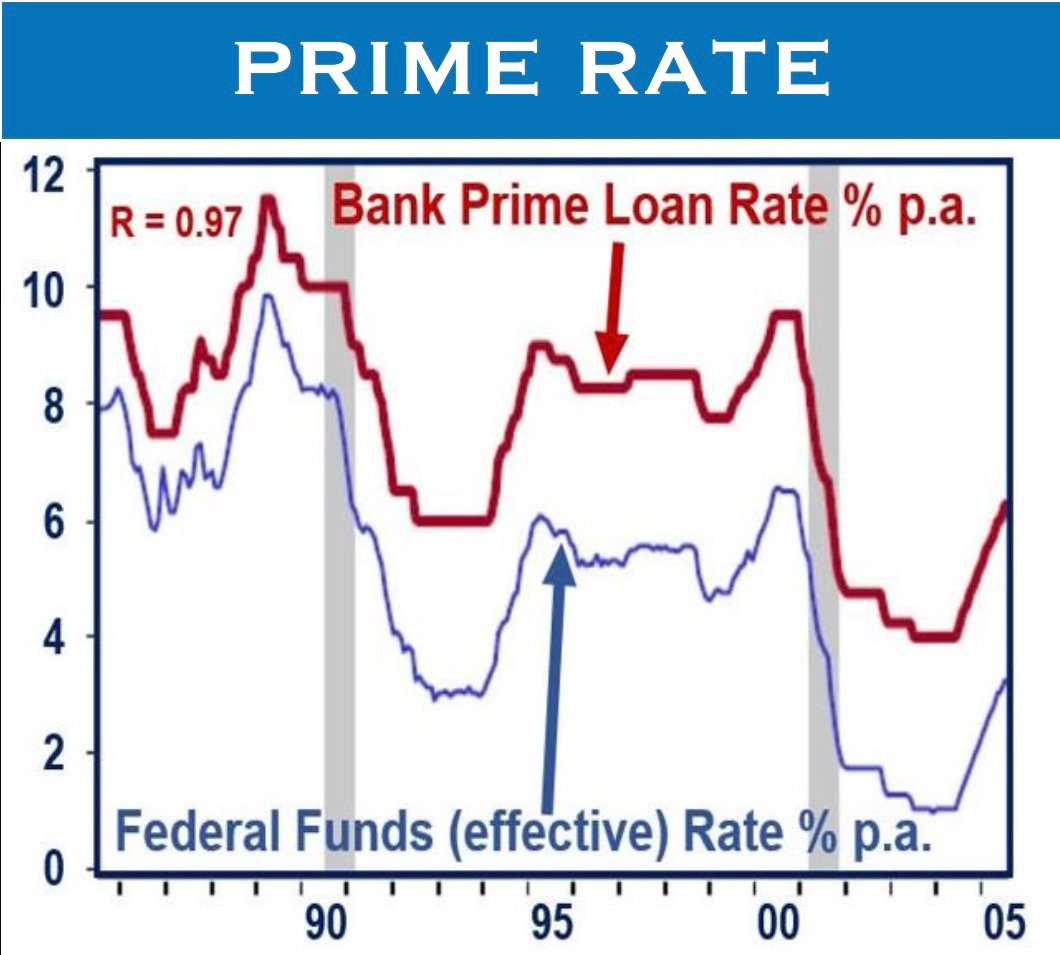 As you can see in this chart, the Prime Rate and the Federal Funds Rate move together. (Image: frbsf.org/education. Credit: Federal Reserve Board/Haver Analytics)

Although the Fed has no direct role in setting prime rates, most banks choose to set theirs based in part according to the target level of the federal funds rate – this is the rate that banks charge one another for short-term loans – established by the Federal Open Market Committee (FOMC).

One interesting characteristic is that the prevailing prime rate is generally uniform across every bank – this is not the case with deposit interest rates, which frequently vary significantly from bank-to-bank, depending on funding needs and portfolio factors.

Even though individual banks do from time to time change their prime rate depending on market conditions, they generally move very closely in line with market interest rates. 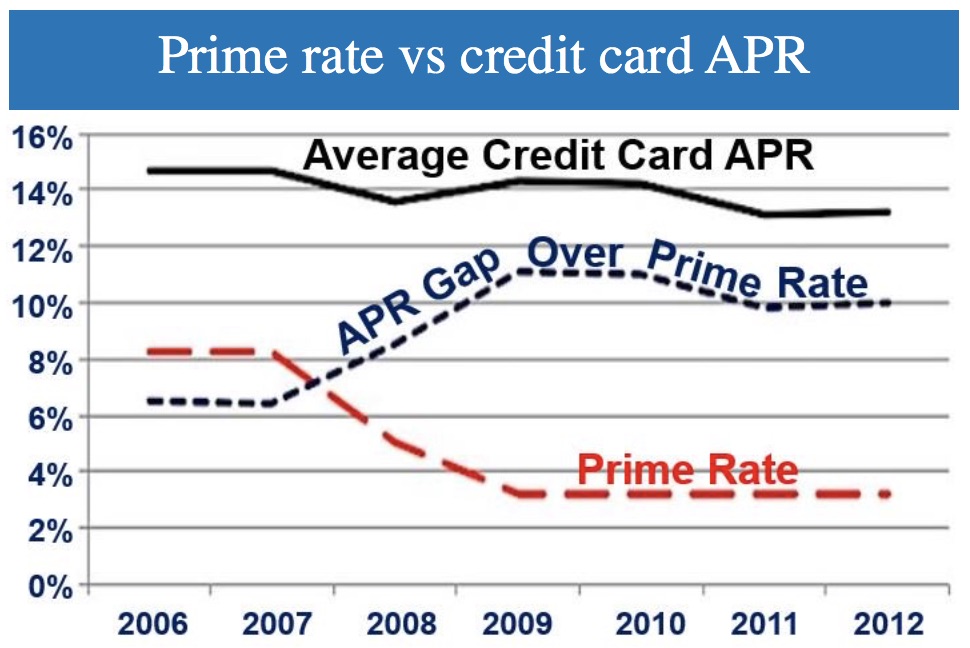 The gap between credit card APR and the Prime Rate in the United States has increased considerably. (Image: blogs.reuters.com. Credit: TRK Advisors)

According to the Financial Times Lexicon, the Prime Rate is:

“The interest rate charged by US banks on loans to their most creditworthy customers, normally determined by the Federal Reserve’s key rates. A benchmark for other commercial loan rates.”