What are public goods? Definition and meaning

Public goods are products or things that we all consume. In fact, we cannot avoid consuming them.

They are available for the well-being or benefit of the public.

According to the Financial Times glossary of terms – ft.com/lexicon – public goods by definition are:

“Goods that are available to all, all the time and in a constant amount, whether or not they have been consumed.”

“Characterizes, for instance, the various defense, judiciary and emergency services provided by the government (paid for through the taxation system), as well as goods that are nominally free of charge, such as the oceans and the oxygen in the atmosphere, though the consumer may also pay for these indirectly by helping to finance state environmental efforts.” 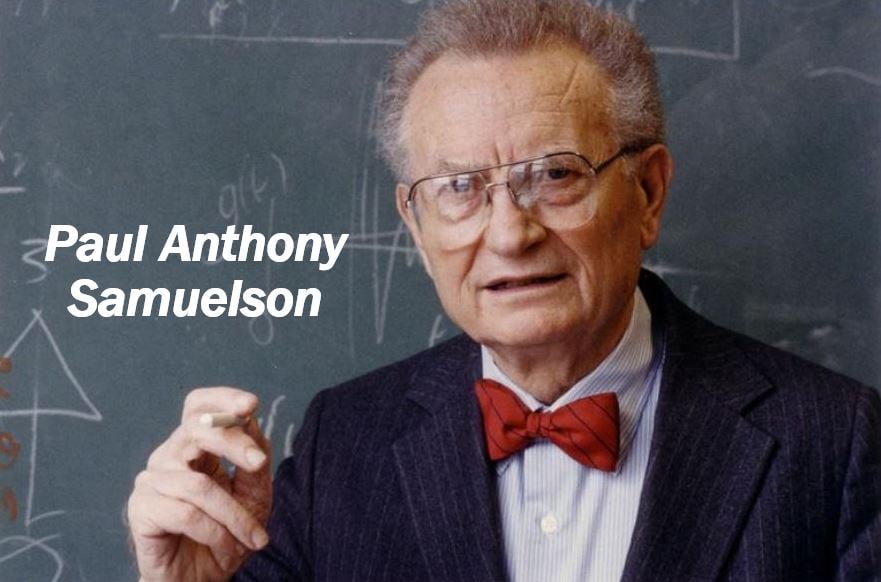 Paul Anthony Samuelson (1915-2009), the first American to win the Nobel Memorial Prize in Economic Sciences, known by some economists as the Father of Modern Economics, is credited as the first economist to develop the theory of public goods. In his 1954 paper – The Pure Theory of Public Expenditure – he defined public goods, which he referred to in the paper as ‘collective consumption goods’, as:

Some consumers of public goods can take advantage of this consumption without contributing sufficiently to their creation and/or supply – this is known as the ‘Free Rider Problem’ or the ‘Easy Rider Problem’. It is impractical for the free market to provide these public goods, because the opportunity to earn profit is significantly diminished due to this ‘free rider problem’.

My bread, car and drink are not available to everybody, I can exclude others from consuming them, and once they are consumed they cannot be used again.

Global public goods is a term we commonly use when referring to public goods that are available everywhere, such as fresh air.

Public goods – for society as a whole

As the name implies, public goods are items that society as a whole consumes, and not just an individual.

The taxpayer financer them. Most of us take them for granted. However, if they suddenly became unavailable, we would definitely notice it. Imagine your town, city or village if the sewer system stopped working or the police force disappeared.

Even though public goods are vital for a properly-functioning society, an issue arises when they are provided, known as the free-rider problem. A rational person, according to this problem, won’t contribute to a public good’s provision because he or she does not have to contribute to benefit.

For example, if I am guilty of tax evasion – using illegal methods to avoid paying taxes – I still benefit from the public provision of a police force and national defense by free-riding on my fellow taxpayers’ contributions.

This free-rider problem means that the state has to provide public goods. If left to just market forces, there would be a risk that no commercial enterprise would be interested in becoming the supplier, or existing private sector providers would decide to stop.

Thus, these types of goods are seen as an example of market failure, and in the vast majority of nations across the world, are provided by the government – at least in part – and funded by the taxpayer. 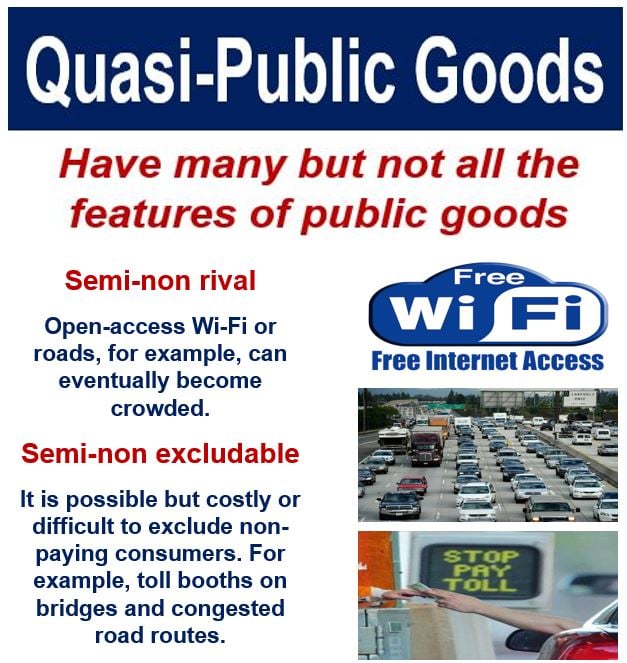 A Public good vs. The Public Good

In economics, there is an important conceptual difference between the meanings of A Public Good and The Public Good.

– The Public Good: refers to shared benefit at a societal level. It basically means ‘for the good of everybody in society’. It is not a ‘thing’.

– A Public Good: is, for example, the police force, the judiciary, fresh air, or the sewer system. It is one of the public goods that everybody in society uses. It is a ‘thing’.

Technological breakthroughs can create new or enhanced public goods. For example, street lights, which by historical standards is a very recent invention.

As new special air-filters are invented, the provision of cleaner air becomes more effective – clean air is a public good.

Scientific advances in military weapons and equipment mean that the provision of national defense – another public good – is enhanced.

Video – What are Public Goods?