What is redlining? Definition and meaning

Redlining is the practice of turning down loan or insurance applications to applicants who live in an area considered to be a poor financial risk. Loan or insurance applicants are ‘redlined’ because they live in a particular neighborhood – originally drawn with a red line on a map – that financial institutions consider either troubled or poor. In many cases, the areas are excluded because of race or ethnicity. The applicant is not evaluated or judged by his or her creditworthiness, but by other criteria.

The term ‘redlining’ is predominantly an American one. Most people in the UK, Ireland, Australia and New Zealand, including bankers and financial experts, are unlikely to be familiar with the word.

The term ‘redlining’ was coined in the 1960s by John McKnight, an American sociologist and community activist. 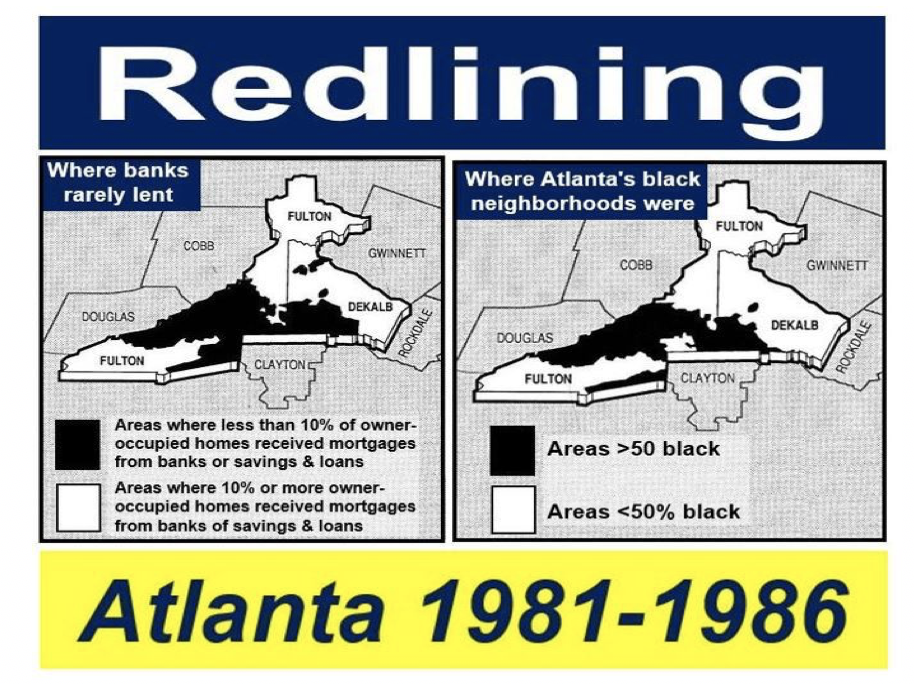 Although redlining is mostly used when referring to financial services, it has also been found in other services, such as supermarket deliveries and health care. As far as supermarkets are concerned, the term may simply be a line beyond which it is too far away for deliveries.

According to SAGE Knowledge:

“Redlining is the name given to various practices involving the denial of services such as banking and insurance, or even housing, to residents of specific neighborhoods or urban areas on the basis of race, income, status, or class. Redlining can extend to other resources, such as the location of parks, community centers, workplaces, or supermarkets.”

“The practice makes it extremely difficult or even impossible for residents of poor inner-city neighborhoods to borrow money, be approved for a mortgage, purchase insurance, or gain access to financial services.”

Redlining is seen as an unethical practice because the individual may have a good credit record, income and overall qualifications to be approved for a loan.

In America, ever since the Community Reinvestment Act of 1977, redlining has been illegal. However, critics say it still exists across much of the country. A protest against racial discrimination in Seattle, May, 1964. There were protests against redlining across the country. African-Americans, especially those with good credit ratings, said the system was deliberately rigged against them. (Image: seattle.gov/cityarchives)

In most of the advanced economies and many emerging ones, redlining is illegal where the bank uses race or ethnicity as a basis for excluding a neighborhood from access to financial services.

However, redlining is not outlawed when areas or neighborhoods are excluded for scientific reasons – perhaps the area is in a flood zone, or there is a geological fault line (crack in the Earth’s crust) going through the middle of it.

In its heyday, redlining mainly excluded black inner-city neighborhoods. In the 1980s, Bill Dedman, an investigative journalist, was awarded the Pulitzer Prize for a series of articles – The Color of Money – that showed that financial institutions would frequently lend to lower-income white applicants but not to middle- or upper-income African Americans.

In Part I, which appeared in the Atlanta Journal in May 1988, Dedman wrote:

“Whites receive five times as many home loans from Atlanta’s banks and savings and loans as blacks of the same income – and that gap has been widening each year, an Atlanta Jounal-Constitution study of $6.2 billion in lending shows.”

“Race- not home value or household income – consistently determines he lending patterns of metro Atlanta’s largest financial institutions, according to the study, which examined six years of lender reports tot he federal government.” While redlining in order to exclude people for racial or ethnicity reasons is illegal, it is allowed for scientific reasons. People who live in an area with a high risk of earthquakes, hurricanes or floods, for example, will be charged higher insurance premiums.

In addition to raising awareness of redlining of minority areas in America, Dedman’s articles triggered Congress to expand disclosure of data allowing analysis of racial patterns in data related to mortgages.

According to an article by Brentin Mock in CityLab, part of the Atlantic newspaper, on September 24th, 2015, Hudson City Savings Bank reached a $33 million settlement with the US Justice Department after an investigation discovered that it had been avoiding doing mortgage business with Latinos and African American between 2009 and 2013.

According to the Justice Department, it was “the largest residential mortgage redlining settlement” in its history.

In an interview with Emily Badger from The Washington Post, US Attorney Paul Fishman said :

“If you lived in a majority-black or Hispanic neighborhood and you wanted to apply for a mortgage, Hudson City Savings Bank was not the place to go.”

This video is part of a documentary that shows how African-American soldiers returning from fighting in WWII had to face the discriminatory practice of redlining in their own country.