What is the sharing economy? Definition and meaning

The sharing economy, also known as peer-to-peer-based sharing, is an economic system based on platforms that enable the sharing of an asset or resource among peers. Peers can use these community-based online platforms to trade, share, rent or donate goods and services.

The Cambridge Advanced Learner’s Dictionary & Thesaurus defines the sharing economy as “an economic system that is based on people sharing possessions and services, either for free or for payment, usually using the internet to organize this.”

The term is sometimes more broadly used to refer to sales transactions that are done via online market places, including business to business (B2B) sales.

An article published on the World Economic Forum website by April Rinne, founder of April Worldwide, describes the sharing economy as the “focus on the sharing of underutilised assets, monetised or not, in ways that improve efficiency, sustainability and community.” 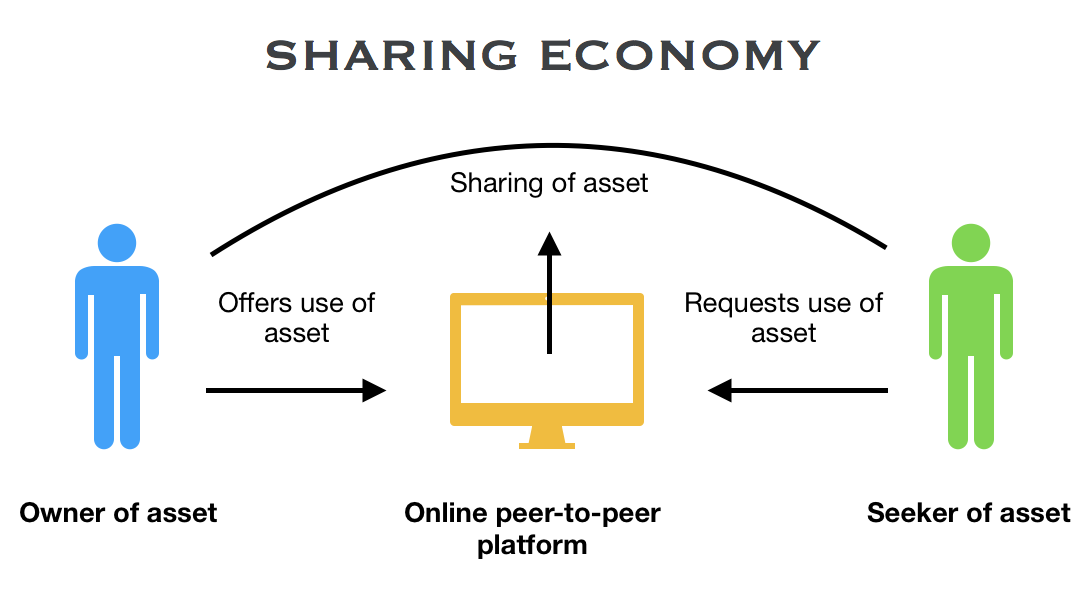 The sharing economy has disrupted many major industries by offering consumers convenient and cost efficient access to resources without the need of ownership. For example, peer-to-peer businesses are becoming increasingly popular in short-term accommodation (Airbnb), urban transportation (Lyft, Uber) and venture financing (Indiegogo, Kickstarter). There are now a number of different companies in the sharing economy with an annual turnover of more than $1 billion, including Uber, Lyft, Airbnb, Freelancer and Funding Circle.

Main characteristics of the sharing economy

Possible benefits of a sharing economy

Criticism of the term

An article published in The Harvard Business Review argues that the term “sharing economy” is a misnomer. Authors Giana M. Eckhardt and Fleura Bardhi said in their report that “the sharing economy isn’t really a “sharing” economy at all; it’s an access economy.”

Eckhardt and Bardhi say, “When “sharing” is market-mediated—when a company is an intermediary between consumers who don’t know each other—it is no longer sharing at all. Rather, consumers are paying to access someone else’s goods or services.”