What is steel? How is it made?

Steel is a versatile material that comprises mostly iron with up to 2% of carbon. It also contains small amounts of other elements, such as manganese, silicon, phosphorus, sulphur, and oxygen. There are alloy and non-alloy forms of the metal.

Steel is the most important construction and engineering material in the world. We use it to make cars, washing machines, refrigerators, sewing needles, surgical instruments, and oil tankers. It is extraordinarily strong and infinitely recyclable.

Alloy forms contain traces of other metals in addition to carbon, while non-alloy forms do not. The addition of metals such as manganese, nickel, and molybdenum makes the material stronger.

Stainless steel is a strong alloy form that also contains a minimum of 10.5% chromium. The addition of chromium helps the alloy to resist corrosion. This is because the metal produces a thin “passive layer” of chromium oxide on the surface of the metal. 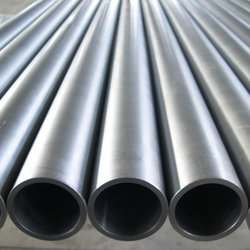 According to the World Steel Association (worldsteel), there are more than 3,500 different types of steel. These types vary in terms of chemical, physical, and environmental characteristics.

More than three-quarters of modern steels were not available 20 years ago. Many modern forms are tougher and lighter than older types.

For instance, if Parisians were to build an Eiffel tower today, they would only need one-third of the steel that went into the original in the late 1880s.

Similarly, the new types that go into modern cars means that the vehicles are up to 35% lighter than their older counterparts.

Pure iron is soft and not suitable as a fabrication material. The addition of carbon strengthens the metal.

Altering the carbon content is the most straightforward way of adjusting the mechanical properties of steel. Producers also use different types of heat treatment to vary the properties.

Today, China is by far the biggest producer in the world. It produces nearly nine times more steel per year than India, the second biggest. According to 2019 figures from worldsteel, the world’s top 10 steelmaking countries are:

The basic oxygen furnace combines iron with up to 30% of scrap steel. It also adds flux, which comprises limestone and other minerals, to collect impurities.

The introduction of a lance that blows oxygen into the heating vessel causes the temperature to rise to 1,700 °C. This amount of heat melts the scrap, oxidizes impurities, and reduces the carbon content. The result is liquid steel.

Before it is ready for the basic oxygen process, the iron must first be extracted from iron ore. This process uses carbon, which primarily comes from coking coal.

Around 25% of global steel is made in electric arc furnaces. This method does not involve iron production. Instead, it uses scrap steel with perhaps some pig iron to balance the chemistry.

Electrodes in the furnace produce an arc of electricity to create the heat. This generates around 35 million watts of power through the scrap. The resulting heat raises the temperature to 1,600 ˚C and melts the scrap. This process also uses flux to remove impurities.